Some photos from Germany and Poland, from November of last year.

The road between Cottbus, Germany, and Legnica, Poland, numbered A15 in Germany and 18 in Poland, has some segments which have not been touched since the original construction in 1938! 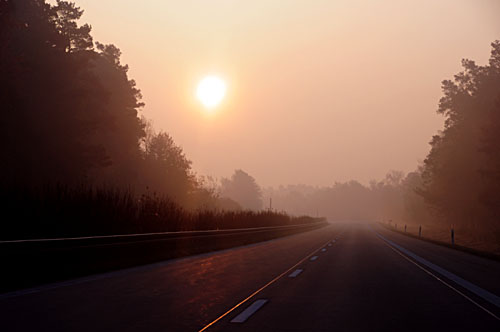 The German road. This was expanded to two carriageways in the 1990s, and at the same time received a lot of modernization. It can be driven at typical Autobahn speeds. 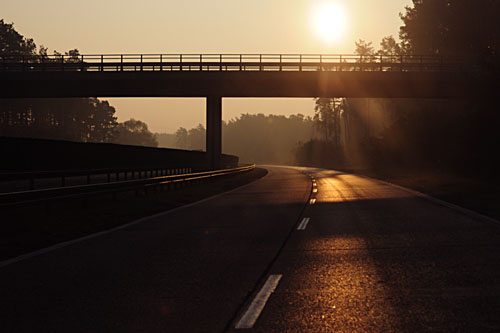 And the Polish road. Original 1938 concrete! The speed limit is 50 km/h, and you will be hard-pressed to drive that fast, with some concrete blocks being as much as 2-3 centimeters higher than their neighbor. 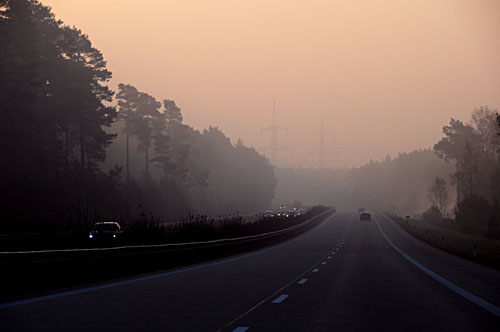 more Germany. Lots more traffic westbound than eastbound, because in a few kilometers, the eastbound side completely disintegrates to ruin! 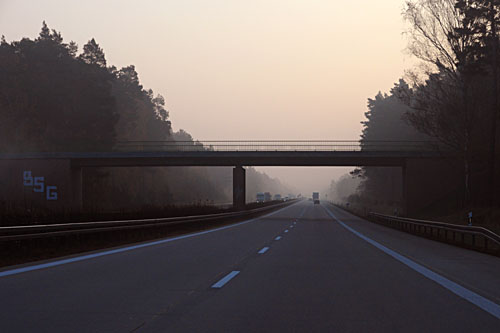 A typical overpass of late 1930s style. All the bridges were built for dual carriageway use, but for the longest time, only one actual road was built. 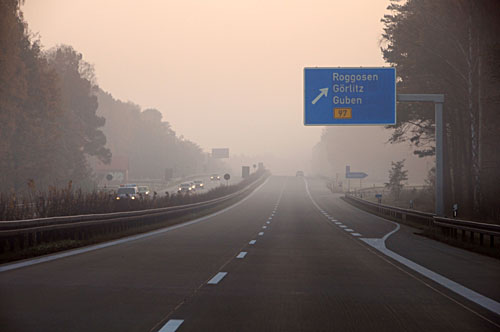 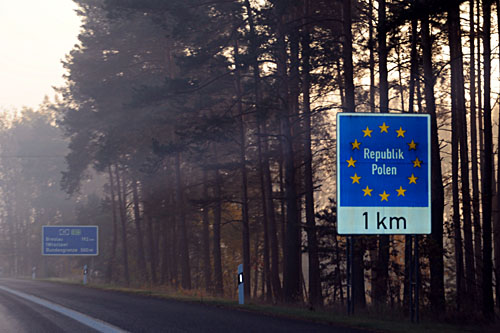 Poland is in 1 kilometer. The sign in the distance says 500m to the German border (“bundesgrenze”), so somewhere someone fudged something because those signs are no more than 200 meters apart. 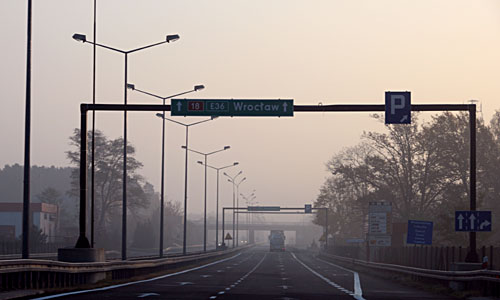 The border is just where the lamp posts change style. The two sign gantries are made to Polish spec, but the nearer one is definitely in Germany and the more distant one might be as well by a few meters. 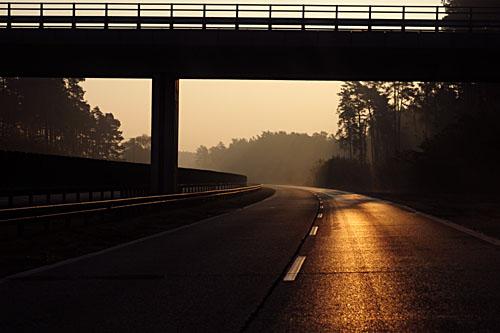 Another photo of the Polish road. 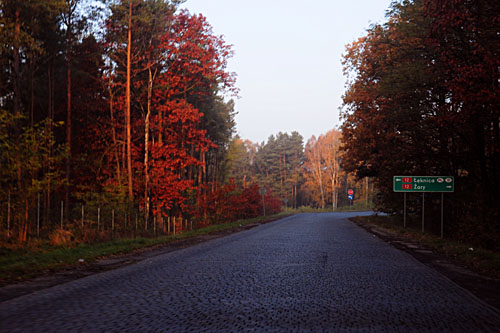 The exit ramps were all made of cobblestone. Apart from the first exit at the border, the cobblestone seems to survive. I ended up taking only about 5km of this road, and settled for two-laners.

the guide sign correctly points to “Łęknica”, which is an entirely different town than “Legnica”. The little village of Łęknica is, indeed, down highway 12 to the south a few kilometers, while the medium-sized city of Legnica is about 140 kilometers away to the east.

Note also the lovely fall foliage; we will cover that in a future post!