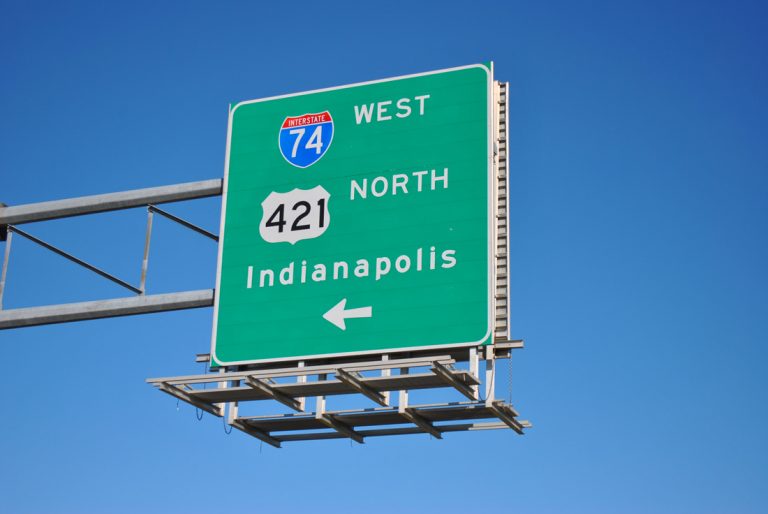 Interstate 74 crosses Indiana from the northwest to the southeast across the central part of Indiana. The highway receives less traffic than the cross-country Interstate 70 and remains four-lanes across the state except for its overlap with Interstate 465. The highway crosses into Indiana east of Danville, Illinois to Crawfordsville and Brownsburg before reaching the Indianapolis beltway, following the routing of U.S. 136. Originally the highway was expected to go through Indianapolis, but it was routed around Interstate 465 instead. Southeast of Indy, the interstate is multiplexed with U.S. 421 through Shelbyville before splitting off at Greensburg. East of Greensburg the interstate heads east along Indiana 46 out toward Cincinnati where it multiplexes with U.S. 52 before crossing the Ohio border.