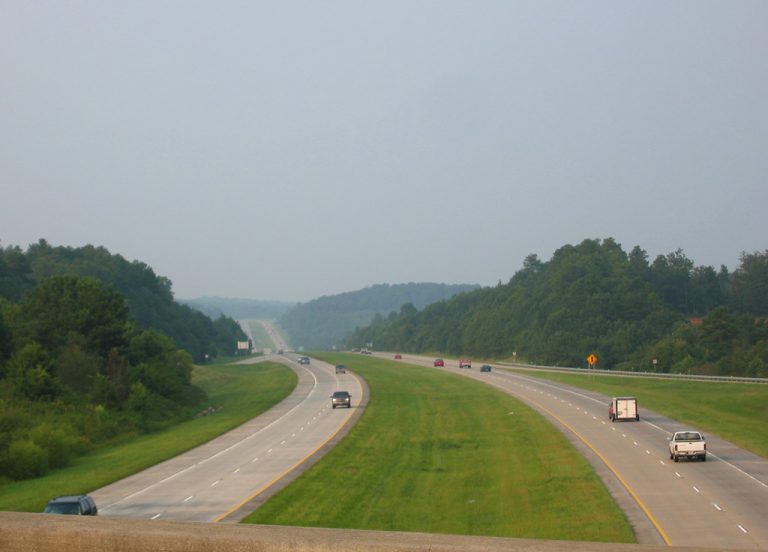 Interstate 575 is both a commuter freeway and part of a long distance route between the north Atlanta suburbs and the North Georgia Mountains. Cosigned with State Route 5, and internally designated as State Route 417 by GDOT, the freeway spurs 30.97 miles north from densely developed areas of Marietta and Kennesaw in Cobb County to rural areas in northern Cherokee County.

The north end of I-575 near Nelson transitions to SR 515, Appalachian Development Highway (Corridor A). SR 515 overlays SR 5 northward to Jasper and Ellijay, and U.S. 76 from Ellijay east to Blairsville and the North Carolina state line near Hiawassee. The majority of the 76 mile route consists of controlled access expressway.

A new diamond interchange (Exit 9) along I-575 opened to traffic in November 2012 with Ridgewalk Parkway in Woodstock. Initially discussed in 1976, the contract for the new exchange was awarded by GDOT in 2010. Construction included realigning Rope Mill Road east to intersect Ridgewalk Parkway, building a new span for Ridgewalk Parkway above the freeway, and adding auxiliary lanes to Interstate 575 south to the ramps with Towne Lake Parkway (Exit 8). A ribbon cutting ceremony took place for the Ridgewalk Interchange on November 29, 2012, where it was dedicated to Bill Long. Long is a former Woodstock Mayor and City Council member from 1988 to 2006. The exit serves the Outlet Shoppes of Atlanta, a 370,000-square-foot retail center opened in summer 2013.1