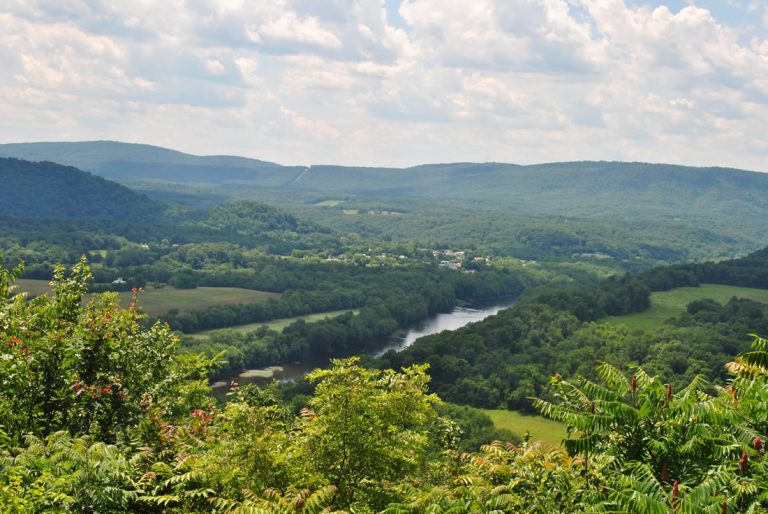 A scenic pulloff overlooks the Potomac River from Cacapon Mountain. Within view is the community of Great Cacapon in the foreground and Sideling Hill on the horizon. Photo taken June 8, 2012.

WV 9 exists as three distinct routes. Between Paw Paw and Martinsburg, the state route follows a two-lane and generally winding road across a series of mountains. Once in the Martinsburg area, WV 9 travels a commercial arterial to Queen Street and the city street grid. East from U.S. 11, the state route joins an expressway alignment to the Charles Town bypass (U.S. 340) and east to the Virginia state line.

Upgrades along Route 9 to expressway standards took place between 2008 and November 14, 2012 between U.S. 340 and Frederick County, Virginia.1 The section from U.S. 340 to the state line cost $153 million, including the $39.9-million Delta-Rahmen Bridge over the Shenandoah River. The span travels 200 feet above the river at a length of 1,650 feet.2