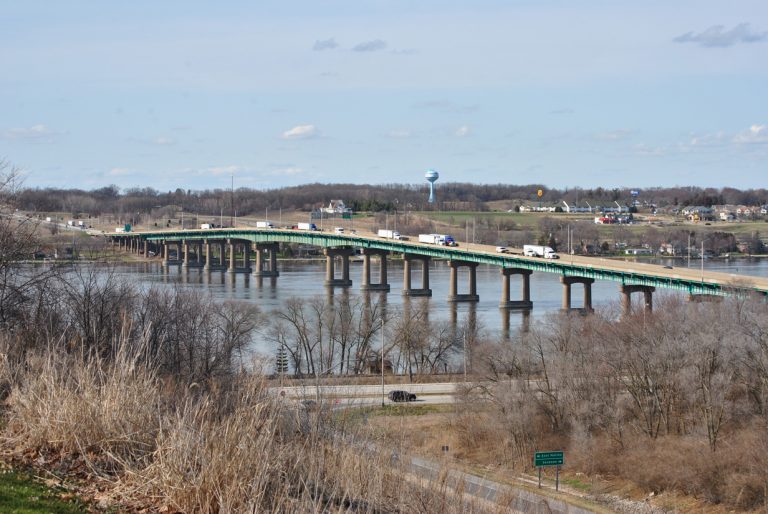 The Fred Schwengel Memorial Bridge carries four lanes of Interstate 80 across the Mississippi River between LeClaire, Iowa and Rapids City, Illinois. The steel girder bridge totals 3,483 feet in length and opened on October 27, 1966. 04/08/13.

Interstate 80 crosses Illinois as part of a transcontinental route between San Francisco, California and the New York City area. The freeway traverses 163.52 miles across the Land of Lincoln, including a short stretch along the tolled Tri-State Tollway. Outside of Chicagoland, I-80 mostly travels across open farm land, with smaller cities and villages along the way.