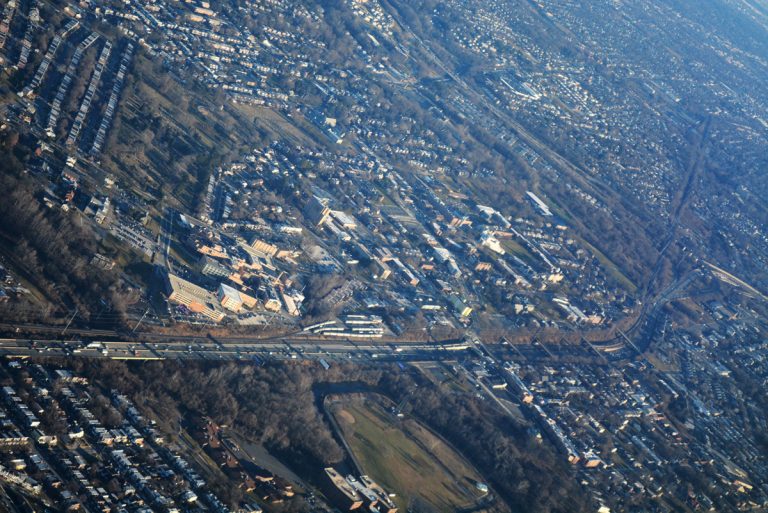 Interstate 95 angles northeast from Claymont, Delaware to the Pennsylvania Turnpike at Bristol through Philadelphia and southeastern Pennsylvania. A heavily traveled route, the 43.6 mile stretch in the Keystone State is mostly urban, paralleling railroad lines and streets lined with row homes both in Chester and Northeast Philadelphia. The freeway also spans the Schuylkill River on the Girard Point Bridge, a double decked through truss bridge. 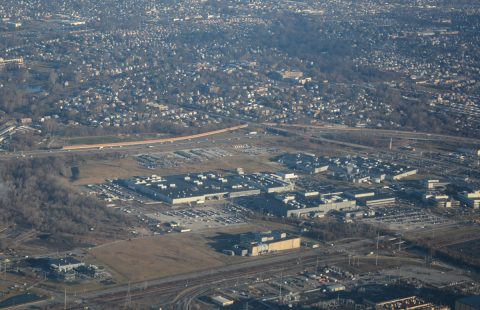 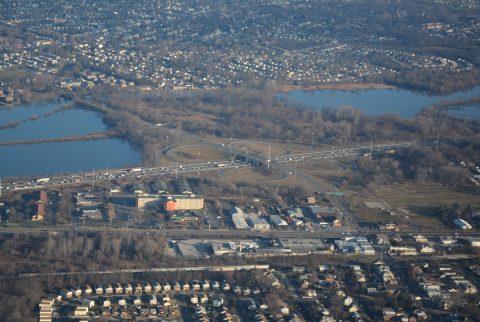 Sign changes started in January 2018 renumbered Interstate 95 leading north from the Pennsylvania Turnpike (I-276) at Bristol to U.S. 1 near Lawrenceville, New Jersey as an extension of Interstate 295. This coincided with the relocation of I-95 from near Morrisville and the Trenton belt line onto both the eastern extension of the PA Turnpike, and the Pearl Harbor Memorial Extension of the New Jersey Turnpike. Work on two new flyovers joining I-95 with the Turnpike in Bucks County ran through September 2018. With completion of those ramps on September 23, 2018, I-95 provides a seamless link between Philadelphia and the New Jersey Turnpike leading north toward Newark and New York, eliminating the long standing gap for the Interstate between Trenton and Brunswick. 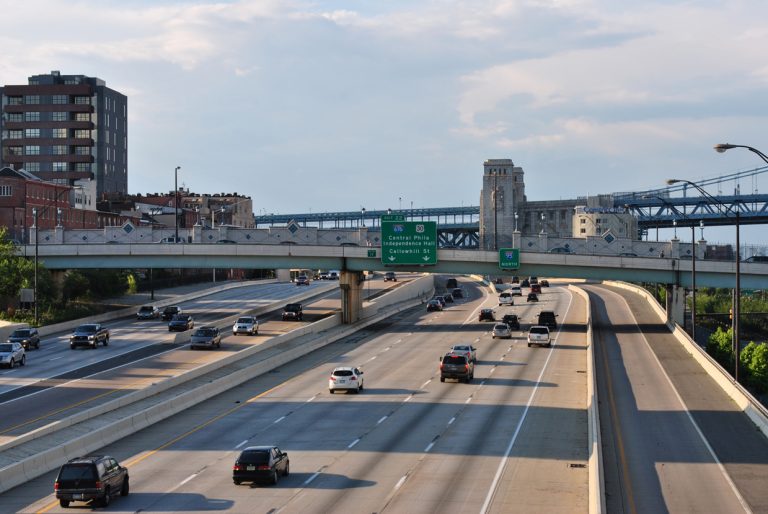 I-95 (Delaware Expressway) north of the lid at Chestnut Street in Old City, Philadelphia. 06/03/12

Initial work on Interstate 95 in Philadelphia was underway in 1959. The freeway both opened from the Delaware state line north to U.S. 13 in Eddystone Township, and from PA 73 (Cottman Avenue) in Northeast Philadelphia to PA 413 in Bristol Township in 1962. The final section of Interstate 95 completed in Pennsylvania was the alignment around Philadelphia International Airport (PHL), between John Heinz National Wildlife Refuge (PA 291) and Enterprise Avenue at the foot of the 1973-built Girard Point Bridge. It opened on December 15, 1985.1

More recent construction involves rebuilding an eight mile long section of the Delaware Expressway through Northeast Philadelphia. Split into five projects over a ten year period, PennDOT work both reconstructs and expands I-95 between I-676 (Vine Street Expressway) and PA 73 (Cottman Avenue):