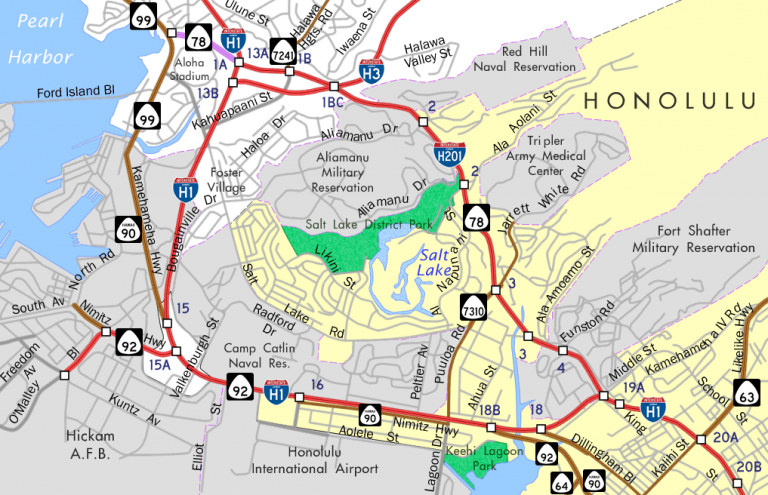 Interstate H-201 (formerly Hawaii 78) is a short, 4.7 mile loop freeway between H-1 and H-3 at the Halawa Interchange, and H-1 at Middle Street. Originally part of Moanalua Road, the road was upgraded in stretches during the 1980's to a limited-access freeway.

H-201 was included in the Interstate Highway system in 1989, but remained signed as a state highway (78) until 2004. H-201 primarily serves the communities of Moanalua, Salt Lake and Fort Shafter. However, most local drivers use it as a shortcut to the longer H-1 between Waikiki and Ewa.