The Mystery of Georgia’s Business Loops

The Mystery of Georgia’s Business Loops

Georgia was the one of a few southeastern states to openly embrace the concept of using Interstate Business Loops in the early days. North Carolina had its loops through Lexington, Fayetteville, and Rocky Mount, before the urban freeway loops of Winston-Salem and Greensboro (of which Business Loop I-40 was recently decommissioned) joined the list. Those routes represented temporary Interstate alignments or former Interstate alignments. South Carolina contributed with its Business Spur series, which consisted of loosely signed (except for Business Spur Interstate 20) continuations of Interstate freeway ends. They too added a business loop freeway in 1992.

In Georgia however, Business Routes for both Interstates 75 and 95 represented neither former nor temporary paths of their parent freeways or their ends. Interstates 16, 20 and 85 were ignored, while Interstate 95 gained routes in Brunswick and Darien, and Interstate 75 gained routes in Valdosta, Tifton, Cordele (?), and perhaps another city or two (if you know, let us know!).

So are the routes still alive? Today, the majority of the routes remaining are hard to follow. The Brunswick business spur is gone, and only one stand alone shield remains for Business Loop Interstate 95 at Darien to go with signs on the freeway mainline still touting the route. Along Interstate 75, business loop shields are posted for the Tifton route and for the north end of the Valdosta route, but nothing remains in Cordele or anywhere else. Once away from the freeway, the remaining routes are almost nonexistent.

While we cannot fully attest to how well the Tifton route is signed, we have explored the Valdosta one several occasions: 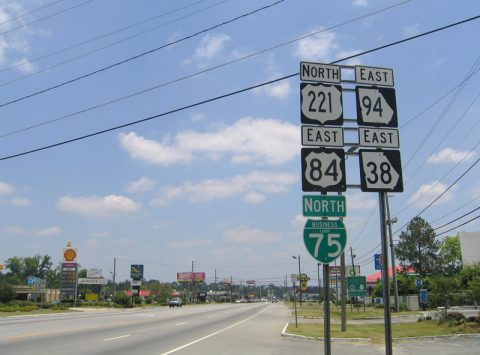 Business Loop Interstate 75 shields were already removed from Exit 16 guide signs, yet this lone shield assembly was posted in 2005 along the then five-way overlap east. Photo taken 05/28/05. 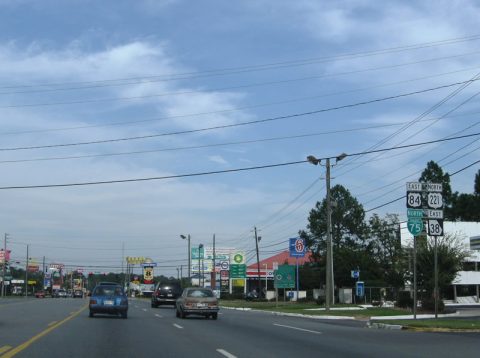 Georgia 94 was removed from the overlap including both the Interstate 75 guide signs and the U.S. 84 & 221 shield assemblies by 2008. Business Loop Interstate 75 gained a fresh shield in the process. Photo taken 09/28/08. 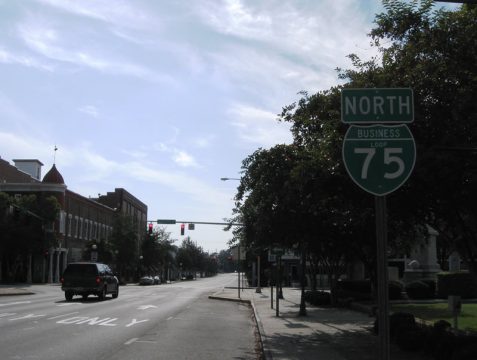 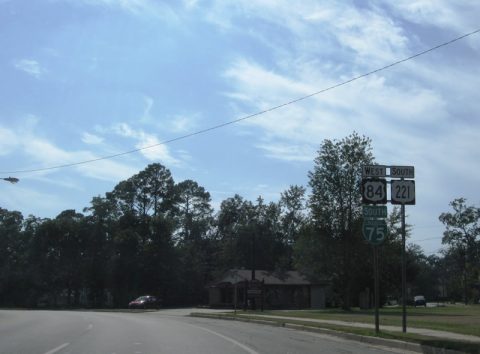 A second Business Loop Interstate 75 shield is found with this U.S. 84 west & 221 south assembly along Central Avenue west of Oak Street. This is the final sign posted along the route. Photo taken 09/28/08. 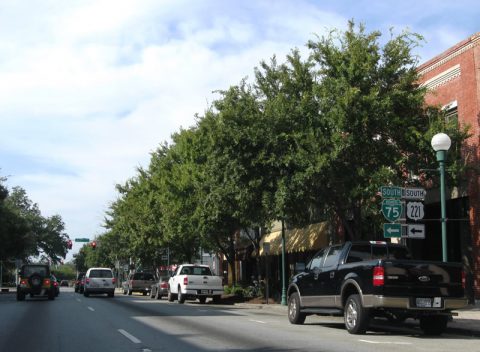 So what about U.S. 41 Business & Georgia 7 Business? Well that pair is supposed to carry the business loop north from downtown back to Interstate 75…
Pictured here is the assembly along U.S. 41B & Georgia 7B (Ashley Street) northbound on the approach to U.S. 84 west & 221 south (Central Avenue). Surprisingly there are no shields for northbound BL I-75 posted after this point! Photo taken 09/28/08. 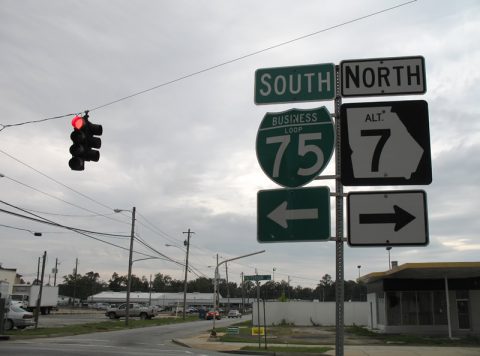 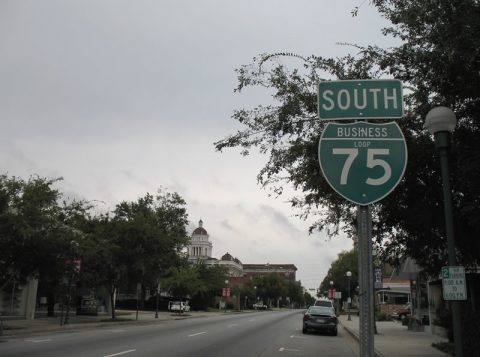 Patterson Street flows southbound only from Magnolia Street. On the left side of the street are U.S. 41 Business & Georgia 7 Business shields; the right side includes a Business Loop Interstate 75 shield. The business route turns west onto U.S. 84 & 221 in three blocks. Photo taken 09/18/06.