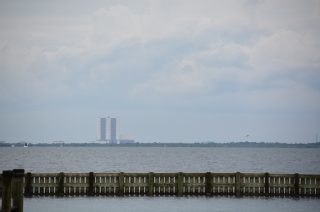 Still working through the ever increasing backlog of road photos taken throughout the state of Florida. Spent the last two weeks posting content from recent trips, including a drive over to the Space Coast last week for the eventual scrubbed launch of the SpaceX Demo2 rocket. At least had the opportunity to see the mostly completed multi level systems interchange joining Interstate 4 with SR 408 (East-West Expressway) in Downtown Orlando.

All photos from the daytrip on May 27, 2020 are already on the site. This includes replacement of several photos along Interstate 4 from the Downtown Interchange with I-275 in Tampa to the 408 interchange in Orlando. I aimed at reshooting any photo earlier than 2016, and mostly was able to do so.

Guide signs along State Road 408 (East-West Expressway) from I-4 east to SR 417 (Central Florida GreeneWay) were amended to display “Pay Toll” on yellow/black placards in place of the blue/white ones with the cash toll rate. Succeeding guide signs were replaced to use Clearview font as part of the recently completed widening project from SR 417 east to Avalon Way. 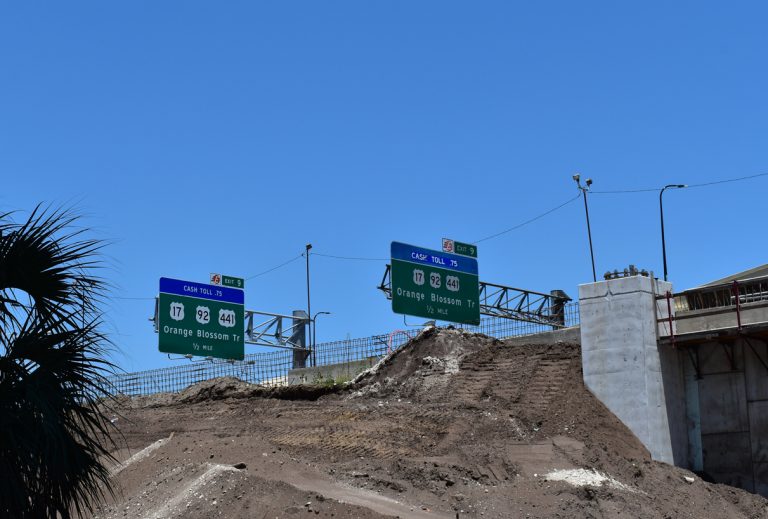 Despite the effort to switch the blue/white toll rate placards to simply display “Pay Toll” on SR 408 east of I-4, signage along SR 408 west from Downtown was replaced in kind. 05/22/20

The Beachline Express Lanes project is for the most part complete. Photographed State Road 528 westbound showing the new roadway configuration and related sign changes on the way back from Titusville. Also of note along the Beachline Expressway thoughout most of the corridor east of the Central Florida Greeneway to I-95 at Cocoa is visible construction for Virgin Trains USA. The high speed rail line that will eventually connect Orlando with South Florida, is being built along the south side of the toll road. 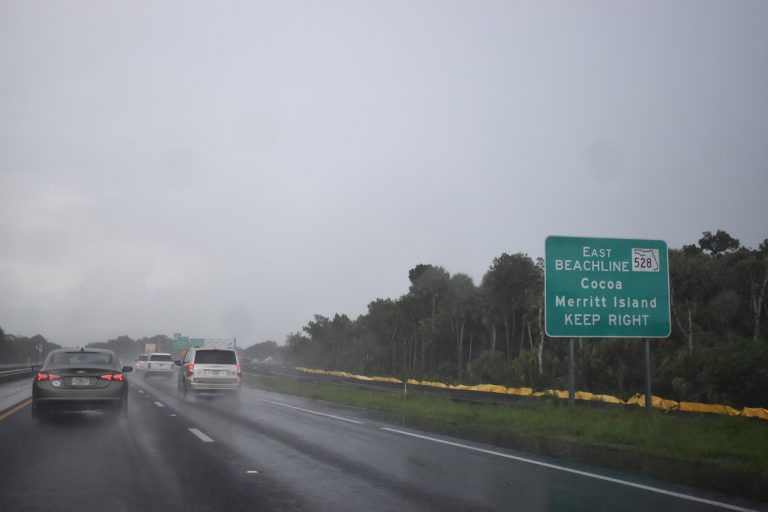 The previous Friday (May 22), headed to Orlando to see the multi level interchange joining I-4 with SR 408, as the Florida Department of Transportation (FDOT) and Governor Ron DeSantis announced earlier in the week the opening of five additional ramps. Accelerated construction resulted in the early completion of 7 of the 8 overall ramps at the exchange. Now just the flyover from SR 408 west to I-4 east remains under construction. It will be ready for motorists sometime this Summer. 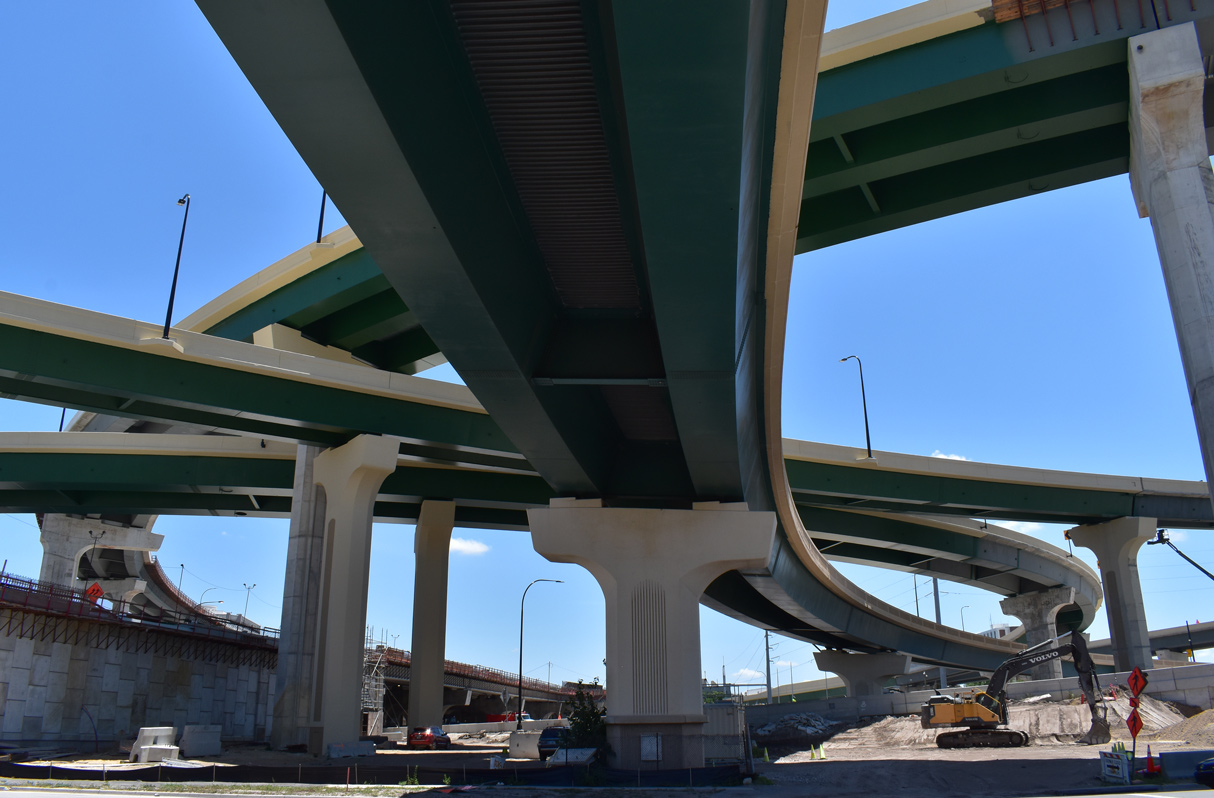 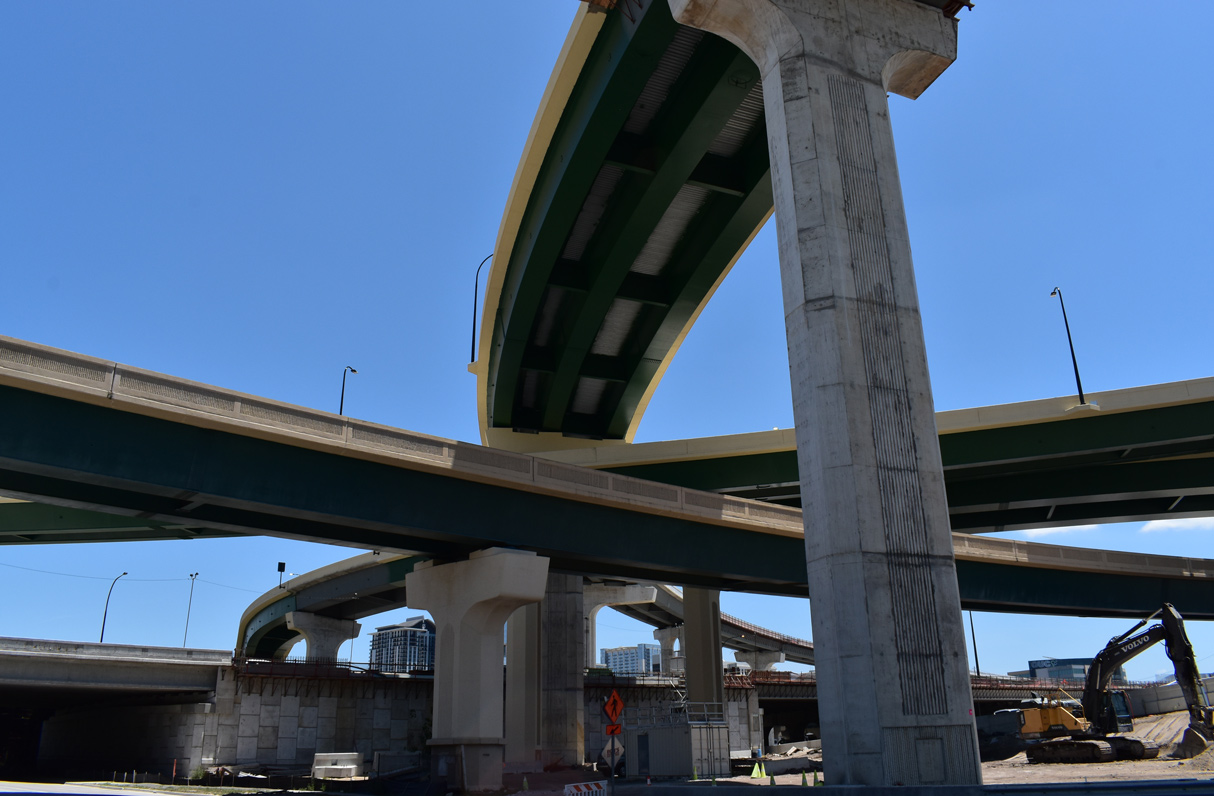 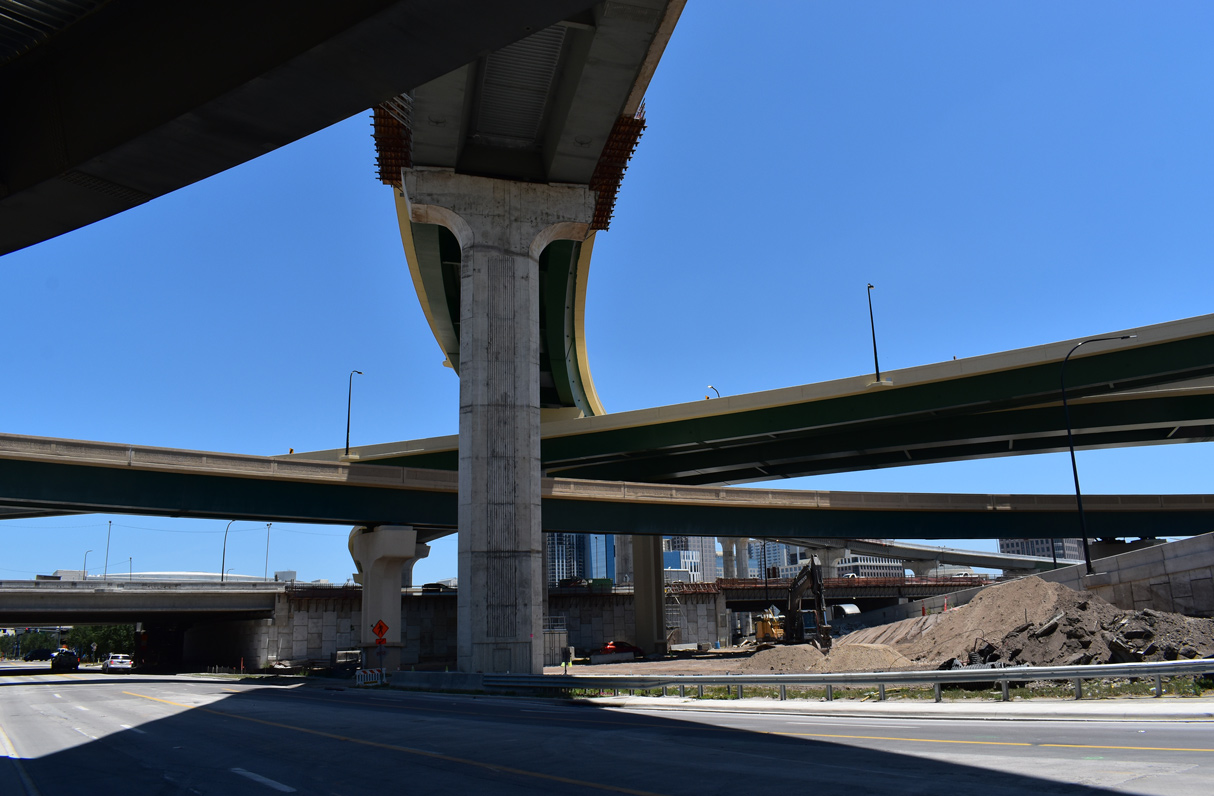 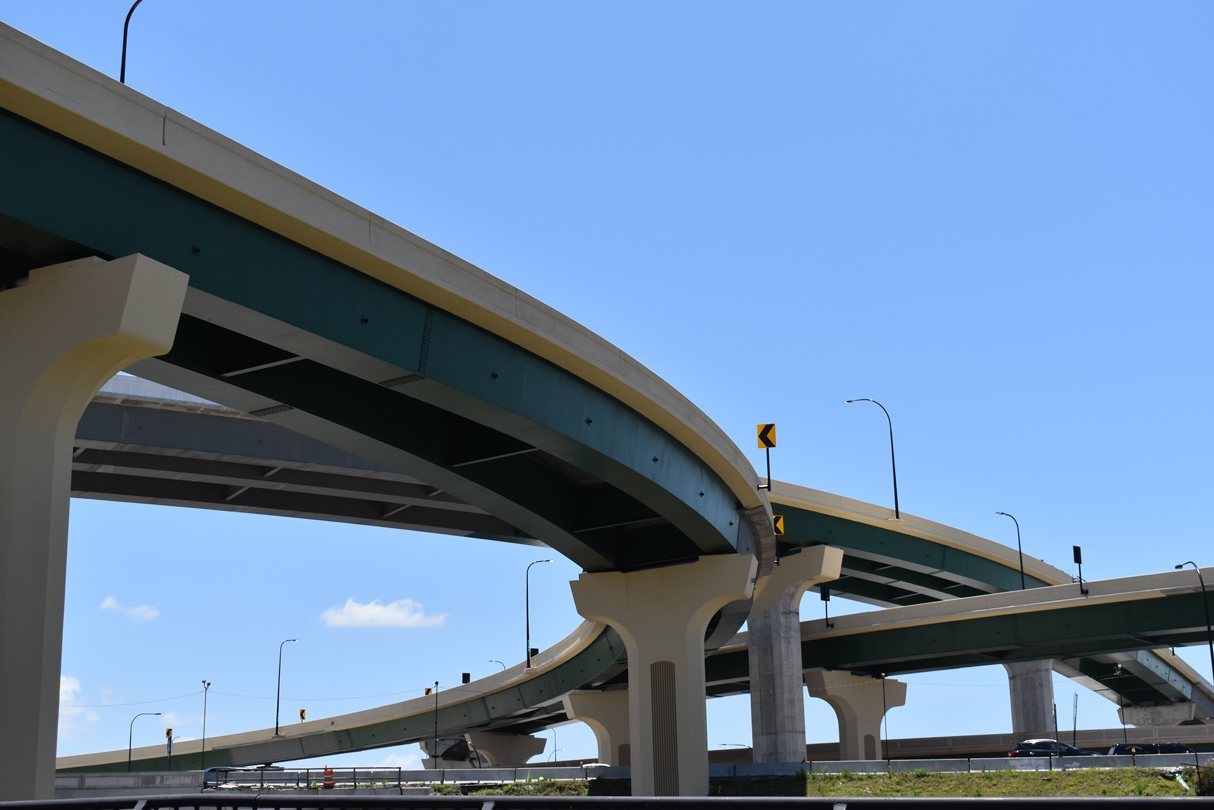 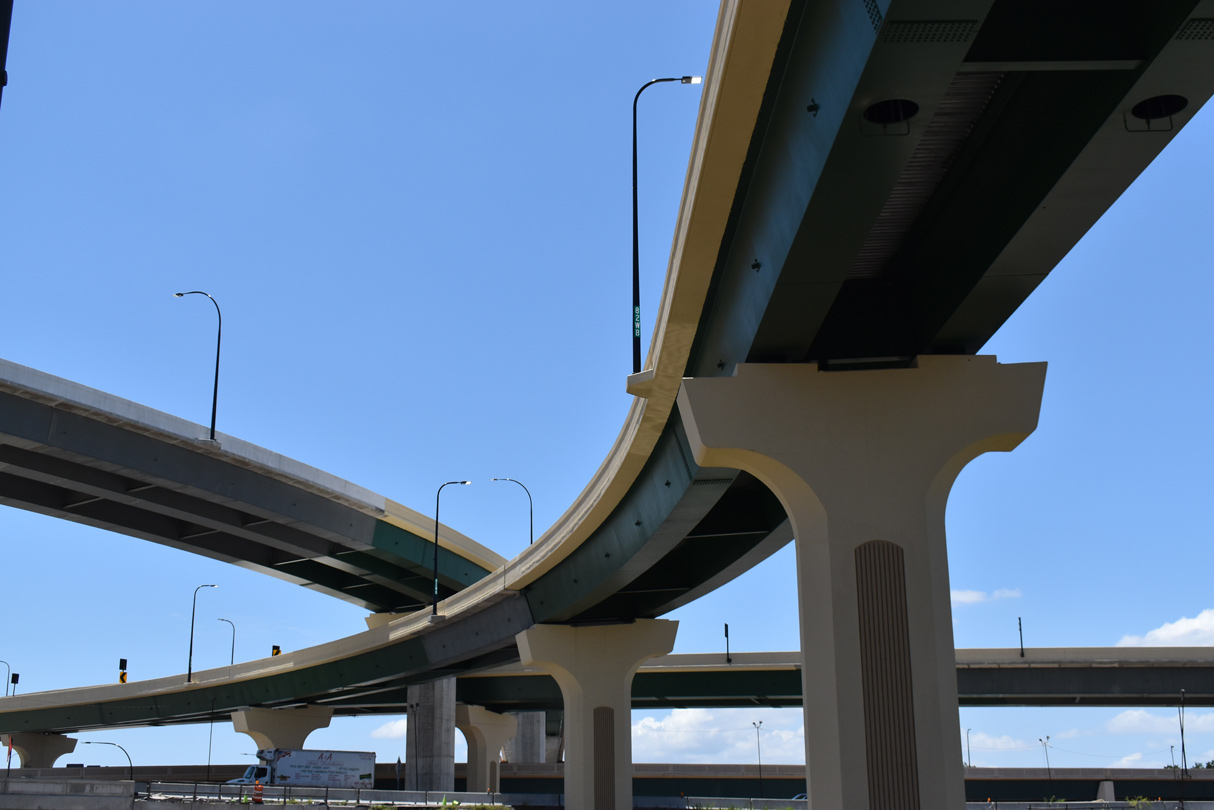 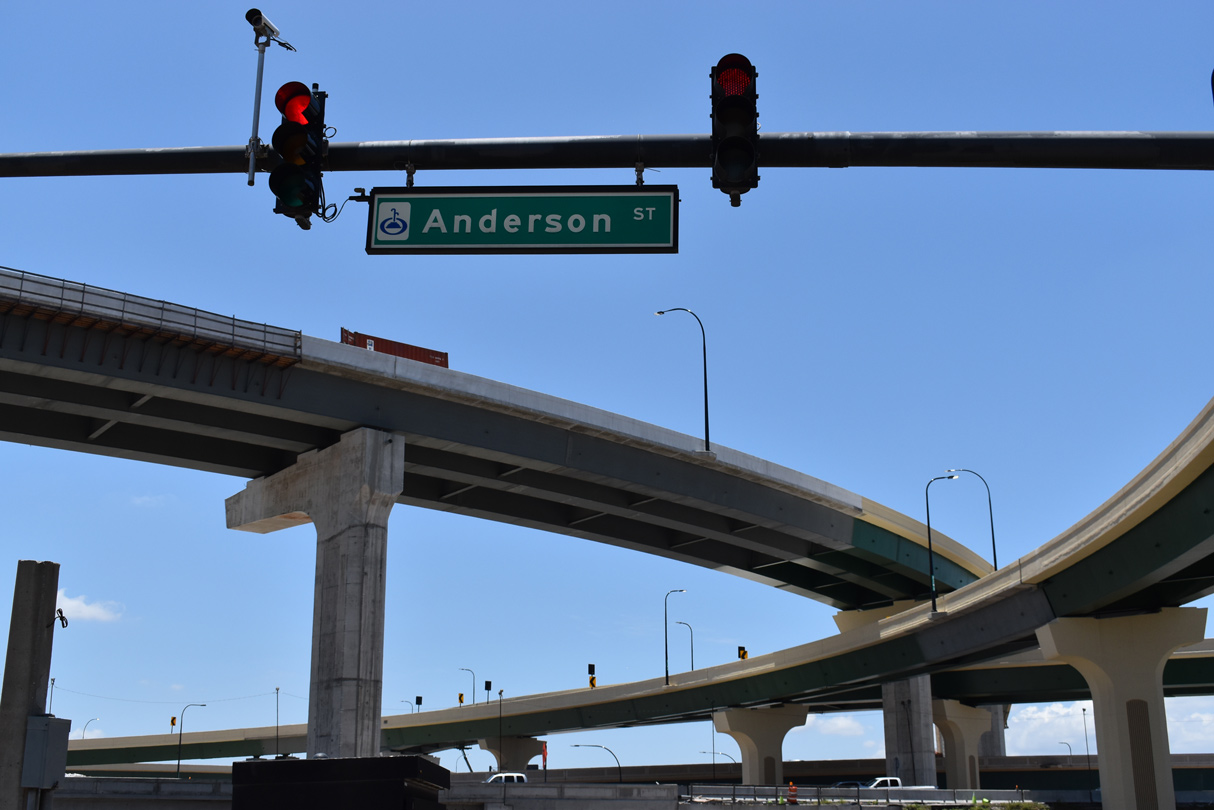 Viewed the multi level interchange at Carter Street and Division Avenue below it, and from the Anderson Street overpass spanning Interstate 4 near Amway Center.

Also covered on May 20 was Florida State Road 559, which is being realigned over CR 559A and CR 655 (Berkley Road) south from Polk City into Auburndale. FDOT turned over the previous alignment leading into Downtown Auburndale to the city while Berkley Road and Fred C. Jones Boulevard (CR 559A) are added to the state maintained system.

Expansion work along Florida’s Turnpike north from the Orange County line to SR 528 (Beachline Expressway) continues into 2021. The project adds Express Lanes and completes the systems interchange with SR 417 (Central Florida GreeneWay) with new flyovers from north to west and south to east. 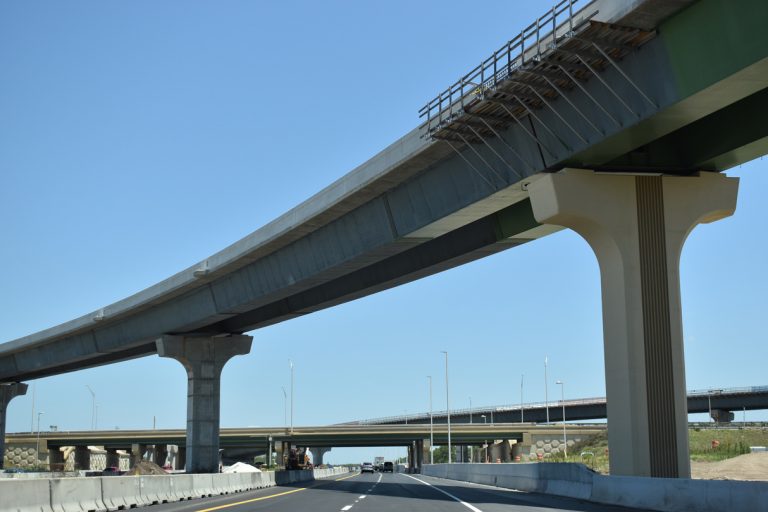 Simultaneous work along the Turnpike north from SR 528 to Interstate 4 adds an additional lane per direction and a new flyover ramp linking I-4 with the toll road.

Other site additions and new pages include: 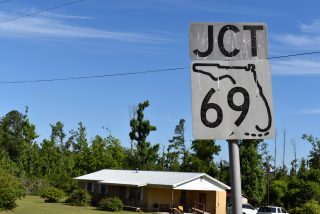 Drove 800 miles on May 2, 2020 to cover a remaining sections of Florida State Roads not previously clinched. Going through some of the photos, added four along Gadsden County Road 270A along Salter Road north of Quincy and seven along County Road 65 between Downtown Quincy and Salter Road.

Shot 746 photos that day, and besides Interstate 75, there are hundreds more photos to go through for the site. Among them, these include ones for various county roads, Florida State Roads 59, 65, 71, 73 and U.S. 98 along the Forgotten Coast. Had one new sign find (the 69 keys shield) on May 2 as well. Not sure when we will get these all posted…