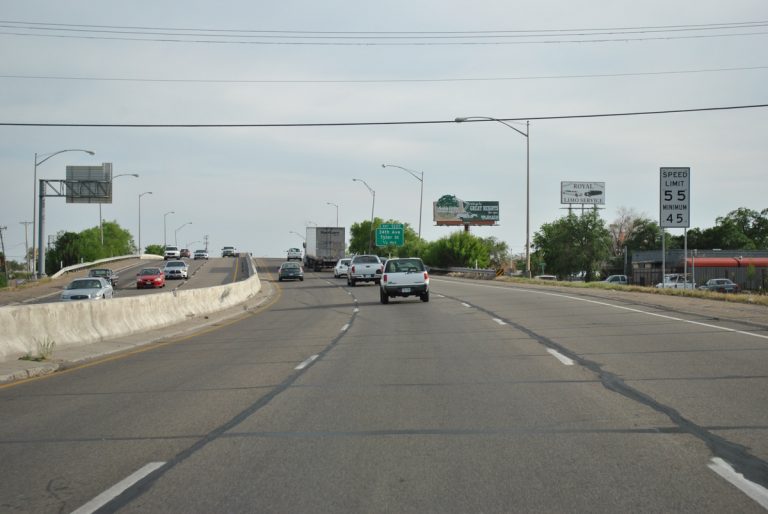 Interstate 27 winds southwest from the vicinity of Downtown Amarillo as an urban style freeway with six overall lanes. Speed limits are posted at just 55 miles per hour to Washington Street. 05/05/12

Interstate 27 joins the Texas panhandle cities of Lubbock and Amarillo along a 124-mile route. U.S. 87 overlaps with the freeway northward to Happy (Exit 88) and again from north Canyon (Exit 109) to IH 40 and Downtown Amarillo. The freeway is lightly traveled between the urban centers, with sporadic traveler services. 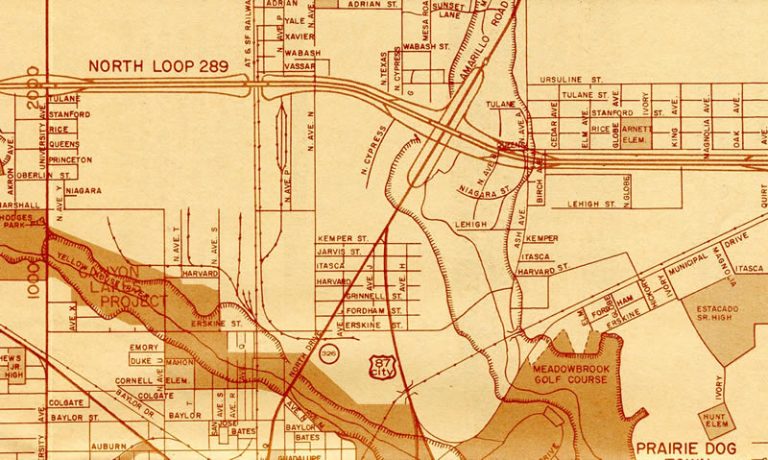 Interstate 27 ended at the north junction with Loop 289 in Lubbock in 1976. The interchange remains unchanged today, with movements made by the respective frontage road systems. 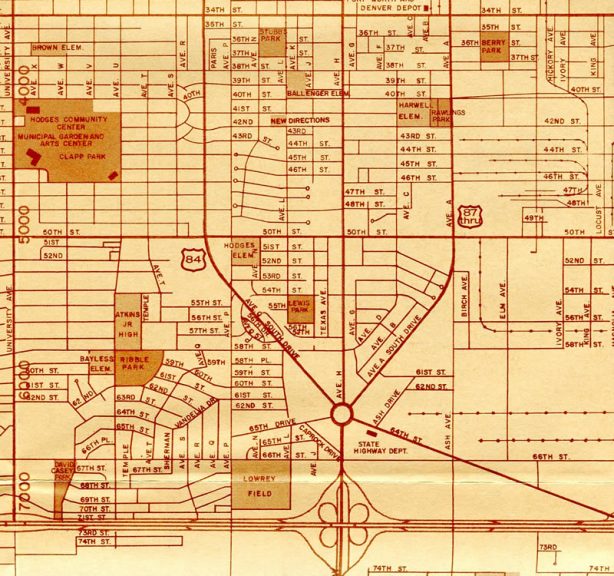 The cloverleaf interchange at the south junction of IH 27 with Loop 289 was already in place by 1976. Construction of IH 27 overtook H Avenue north to Downtown, with the traffic circle at U.S. 84, U.S. 87 and Avenue H replaced with a volleyball interchange.