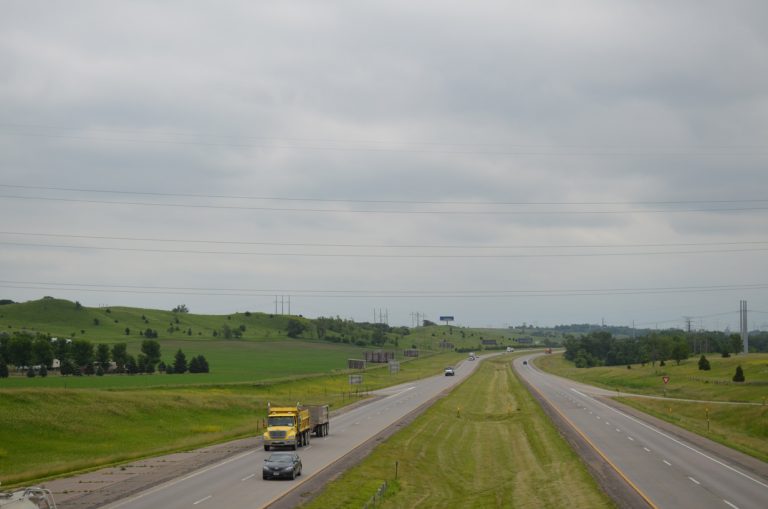 Within South Dakota, Interstate 90 was completed in 1976.1

Planned since the late 1990s, a $25.9 million project both realigned a troublesome S-curve along Interstate 90 and removed a substandard interchange with South Dakota 79 at Black Hawk. Construction straightened out the freeway mainline and added a new diamond interchange (Exit 52) with Peaceful Pines Road. This replaced the former ramps (Exit 51) with SD 79 and Foothills Road, one half mile to the north. Work also realigned Foothills Road to the east. Work ran from March 2008 to February 3, 2009.3,4

There are 14 business loops and spurs from Interstate 90 in South Dakota:

Only two of the I-90 Business routes listed are officially designated by the state of South Dakota. Those include the Interstate 90 Business Loops at Mitchell and Chamberlain. All other routes are either city-maintained (Rapid City, Sioux Falls, Spearfish, Wall) or are state maintained but designated as another state trunk highway. Information on state highways turned over to cities can be found at the South Dakota Codified Law site.5