A trip that JeffS and I took to Death Valley this previous weekend. We rented a big old truck, and in strict accordance with our rental car policy, we did not under any circumstances drive on any dirt roads looking for old highway signs. Jeff even brought a metal detector – just in case we could dig something up.

Were we successful in finding old signs? Let’s find out! 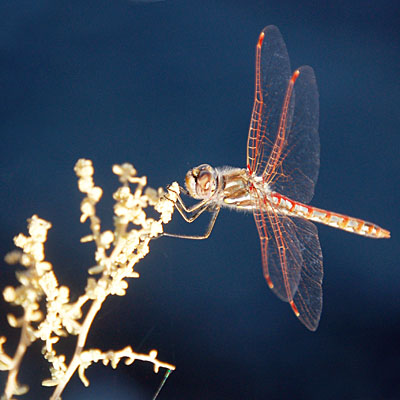 Be sure to check out the large version of this picture. The dragonfly cooperatively held still for a good minute or so, and therefore I took over 100 pictures. This one is the sharpest! 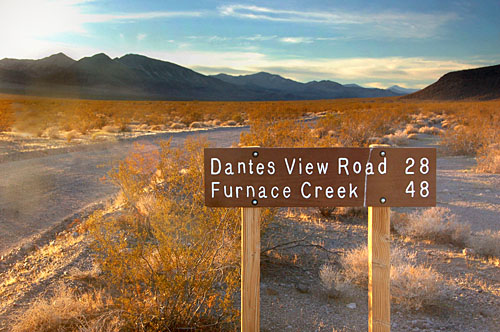 Every once in a while, I can shoot a picture into the sun and get it to come out! 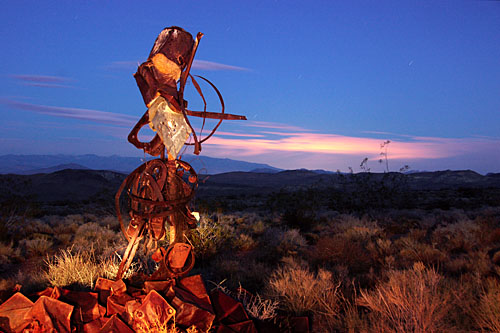 The last diamond sign. The Auto Club of Southern California put up these markers from 1906 to 1929, and this one has not been stolen simply because it is barely recognizable as anything more than an 18×18 inch pane of steel. Surrounding it are various empty gas cans and other artifacts.

We got to the sign well past dark. This is about a three-minute exposure under a quarter moon. The cloud illumination is provided by the city of Las Vegas; the foreground lighting is thanks to a flashlight. 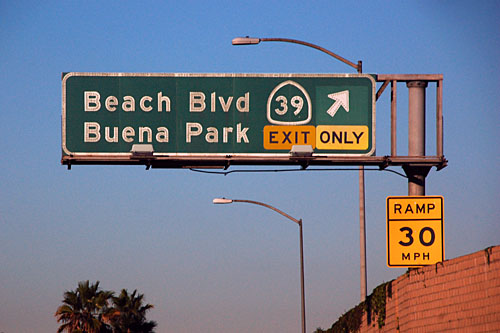 Classic porcelain signage on the 91 freeway. Looking for a few old signs in the Los Angeles area before picking up Jeff at the airport. 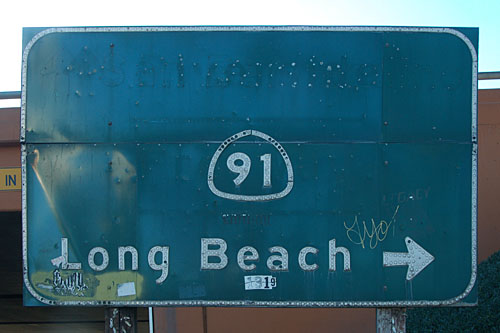 What a horrible photo of this classic sign. This, from 1959, is the oldest known example of button copy signage in California: individual letters, numbers and symbols are made out of aluminum, have reflectors inserted, and then the whole element is riveted onto the green background. The sign originally had “Freeway” instead of the 91 shield (referring to a US-91 freeway!) and also the top destination was first “Riverside” and then “San Bernardino” when the freeway was extended.

Incidentally, 91 no longer goes to Long Beach – Artesia is the correct destination. US-91 went to Long Beach, back in the day. 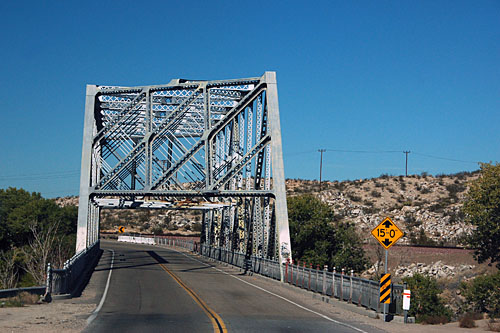 The classic truss bridge on old US-66 in Victorville. 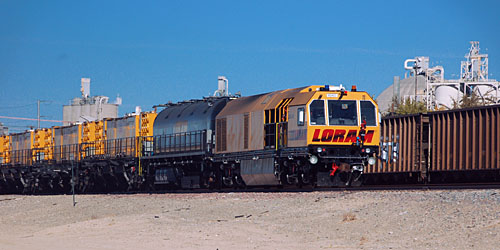 This is a maintenance engine. It travels around the country, repairing tracks. 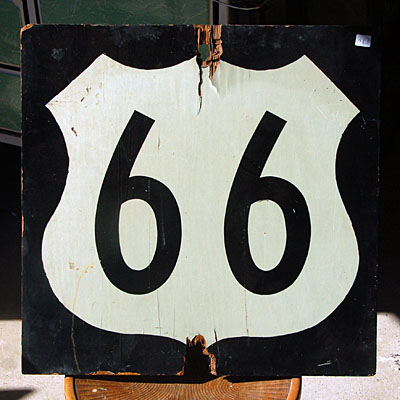 This 66 sign is from 1964, and was posted in Kingman, Arizona. It is in an antique shop in Victorville. 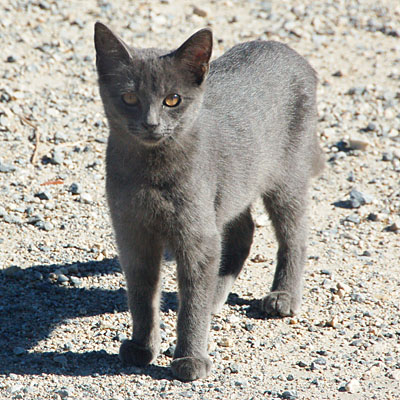 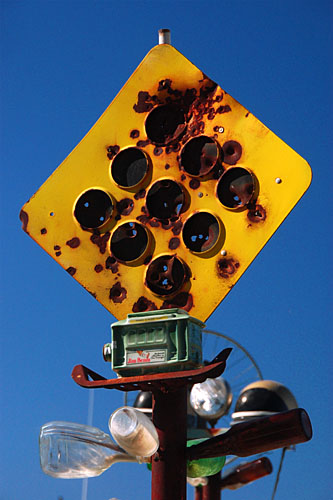 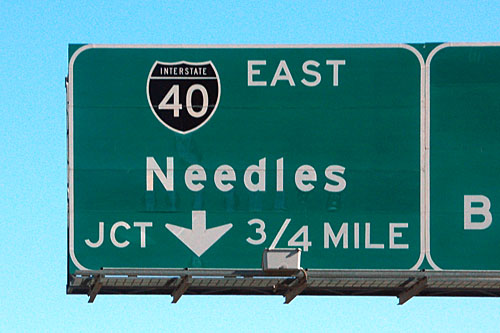 A black interstate shield?? Your explanation is as good as mine. 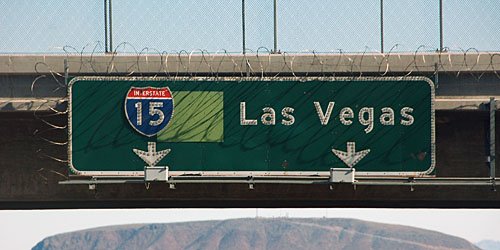 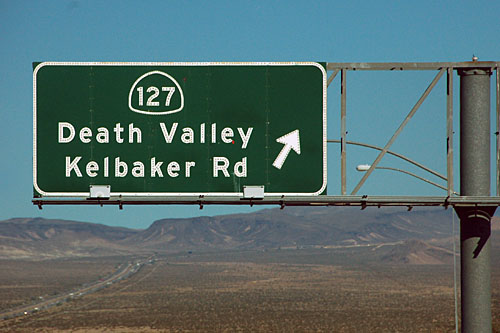 At Baker, we turn north off the 15 freeway. 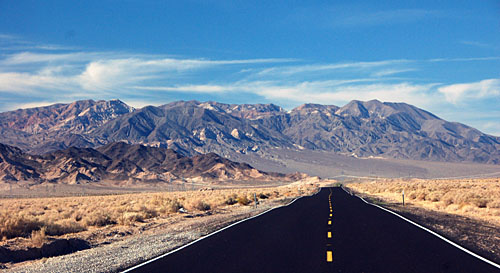 Approaching the sorts of landscapes that Death Valley is known for. 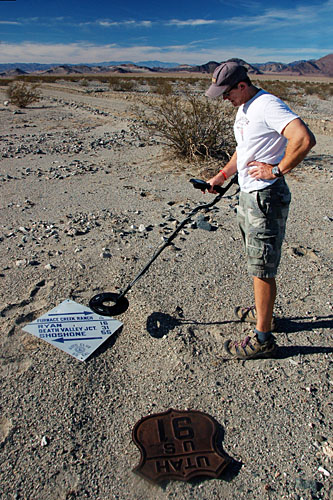 Testing out the metal detector on some control signs. 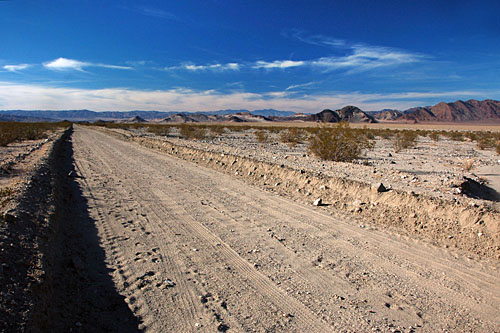 Deep shadows at three in the afternoon. Death Valley in November. 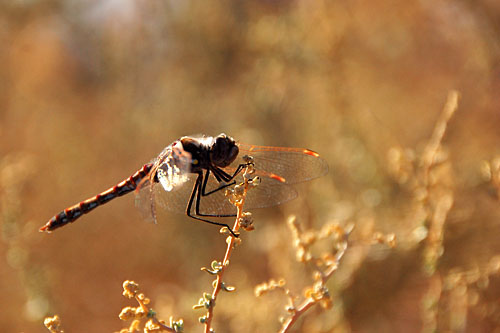 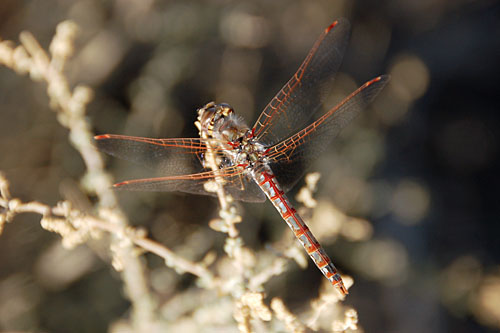 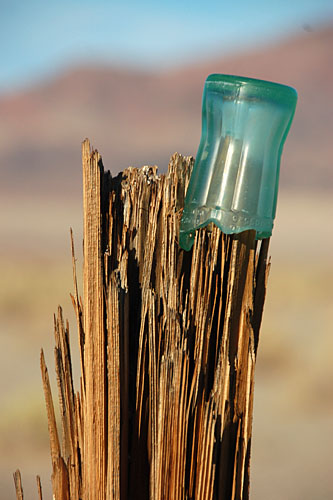 We found this half of a coke bottle on top of the fencepost. One marking on it potentially identifies it as being from 1948. In any case, it is old enough for the glass to have turned green. 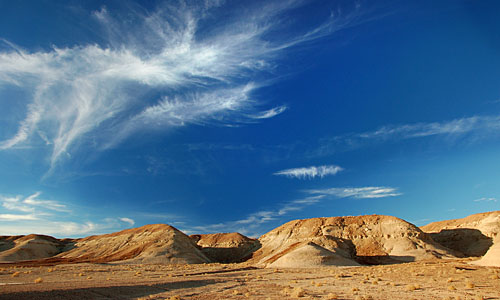 This section of the world – near the Old Spanish Trail turnoff on highway 127 – always reminds me of the Badlands in South Dakota. The Old Spanish Trail, incidentally, is so venerable that it was bypassed by 1906 or so with the Arrowhead Highway as the main route between Salt Lake City and Los Angeles. 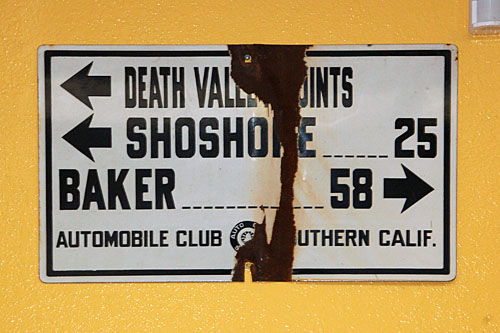 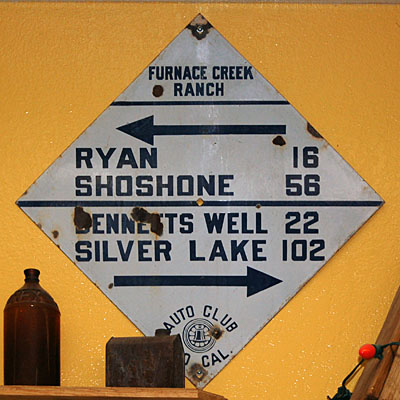 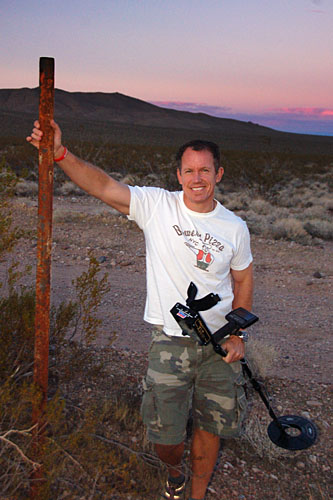 An old post! This post was once painted white, with a black base, and held three 1929-style white rectangles. It is at a T-junction between two very old trails in the park. 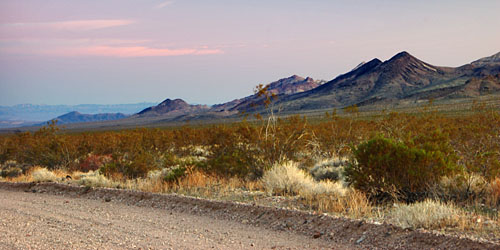 Why yes, it is starting to get dark. 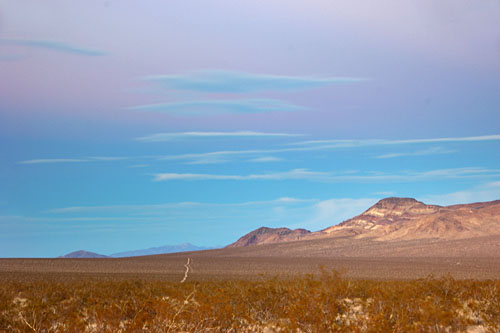