Another major project underway in the Philadelphia is area is the $900 million upgrade of the junction where Interstate 295 ties into I-76 and NJ 42 (North South Freeway) at Bellmawr. Studies outlined deficiencies with the interchange, including geometric conditions and the lack of a direct connection for I-295 through movements, in addition to the need to improve traffic safety. Eleven improvement alternatives were evaluated, with four selected for further study in 1997.

The Record of Decision (ROD) for the I-295/I-76/Route 42 Direct Connection EIS was signed on March 20, 2009 by the FHWA. Design work followed, with initial construction of Contract 1 started in March 2013.

Construction for the Direct Connection project extends to Winter 2023, with 2016 funding issues pushing back the completion from fall 2021. Contract 1 work was completed in fall 2016. It involved work on I-295 leading into I-76 from the west, and I-76 north from Market Street.

Contract 3 construction builds a new mainline for I-295 passing over the I-76 transition to NJ 42 (North South Freeway). It eliminates the AI-Jo Curve and current weaving traffic pattern where I-295 overlaps with I-76 along c/d roadways. The five year contract started in winter 2016.

Contract 4 rebuilds the I-76 / NJ 42 (North South Freeway) mainline and completes ramp construction for I-295 south to the North South Freeway and I-76 east to I-295 south. Additionally the I-295 northbound mainline will be completed under this contract, once the final new ramps are completed. This work is scheduled from spring 2020 to winter 2023.

We drove through the I-295/I-76/Route 42 Direct Connection project area to document construction progress on December 18, 2016: 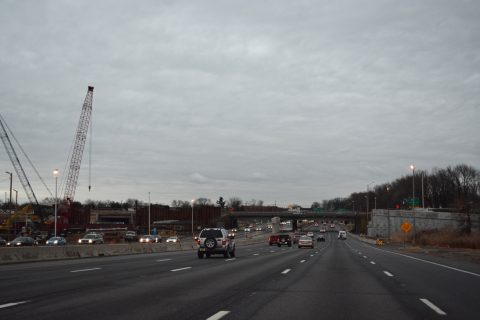 Interstate 76 eastbound after the gore point for Exit 1B to I-295 north. Visible here is Contract 2 work to replace the current ramp for Interstate 295 north. 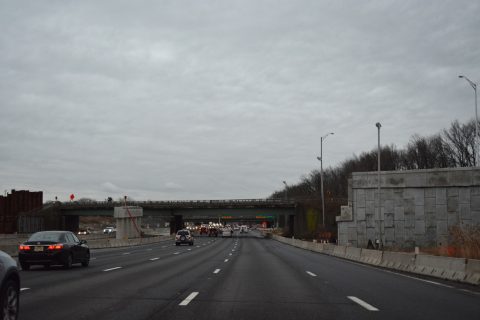 Contract 2 construction for the I-295 north flyover from I-76 east. This ramp should be complete in fall of 2017. 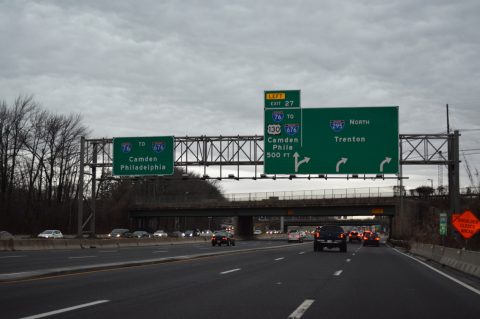 Contract 3 and 4 will shift Interstate 295 north from a c/d roadway running along side I-76 west onto a new elevated alignment. This will eliminate a weaving traffic pattern.

Contract 3 also adds a new flyover ramp from the North South Freeway north to I-295 north. 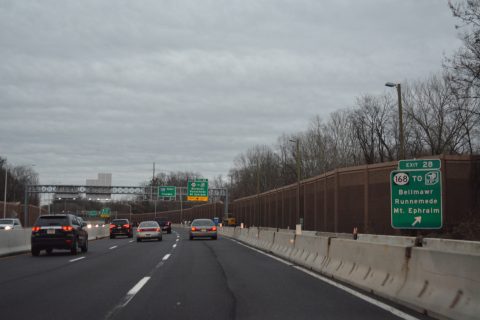 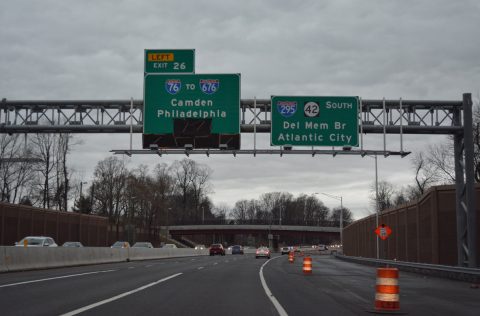 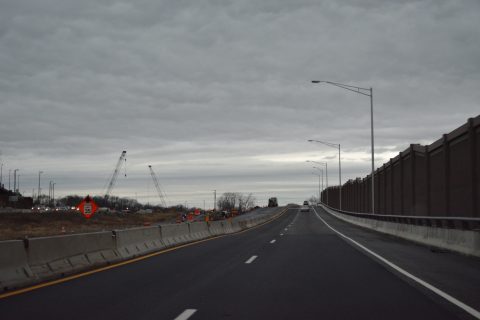 Contract 1 work also raised the ramp for the Interstate 295 southbound mainline. This section will eventually become part of the ramp system for the North South Freeway, with work on the exit for I-76 west ongoing as part of Contract 2. 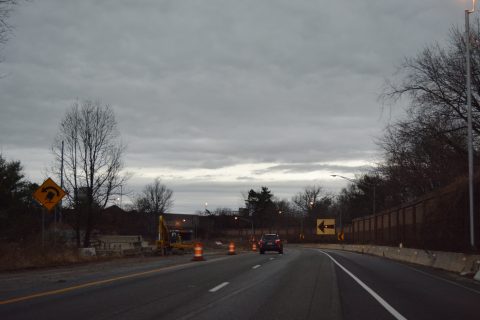 The long sweeping ramp, locally known as AI-Jo Curve, takes the Interstate 295 southbound mainline below I-76 and along the west side of the North South Freeway. The substandard ramp will eventually be removed as Contract 3 realigns I-295 onto bridges spanning I-76 and NJ 42.