Day 5 – Cincinnati to the Gulf Coast A few highlights from the final day of traveling from the Cincinnati area back south toward the Gulf Coast of Florida… The start of the morning has us heading north from the Covington area back into Cincinnati over the Brent Spence Bridge. Opened to traffic in 1963, this double-deck cantilever bridge carries Interstate 71 and Interstate 75 traffic from Kentucky into the western downtown area of Cincinnati, where the two interstates depart for Columbus (Interstate 71) and Dayton (Interstate 75), respectively. A study is currently underway to improve traffic flow and to replace the existing Brent Spence bridge. More than likely, a new structure will be built to replace the almost 47 year old bridge spanning the Ohio River. 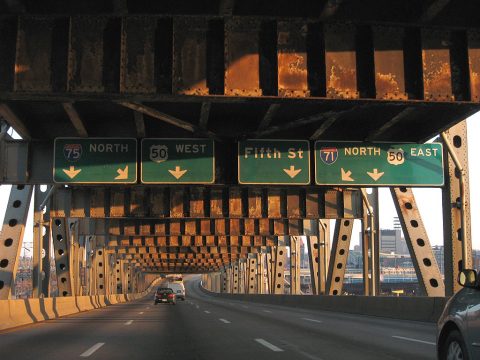 Heading north on the lower deck of the Brent Spence Bridge toward the downtown area of Cincinnati. Photo taken 11/08/09. 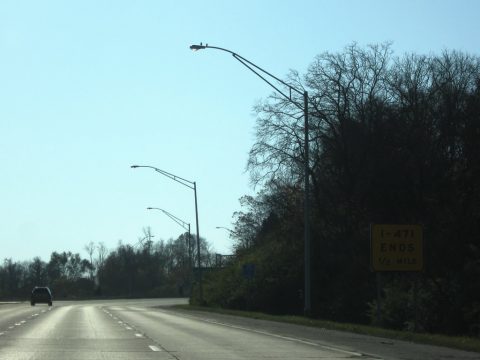 This guide sign warns motorists that Interstate 471 ends 1/2 mile ahead. This sign is actually found just south of the interchange with Interstate 275 before the at-grade intersection with U.S. Highway 27. Photo taken 11/08/09. 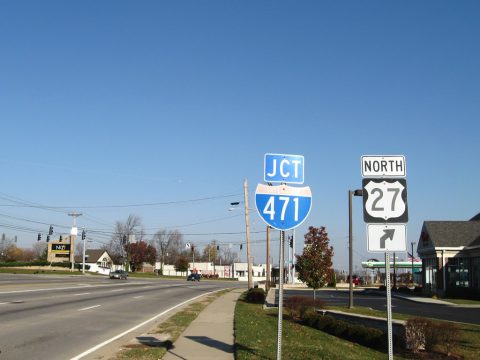 Approaching the intersection with Alexandria Pike (U.S. Highway 27) and the beginning of northbound Interstate 471. Photo taken 11/08/09. 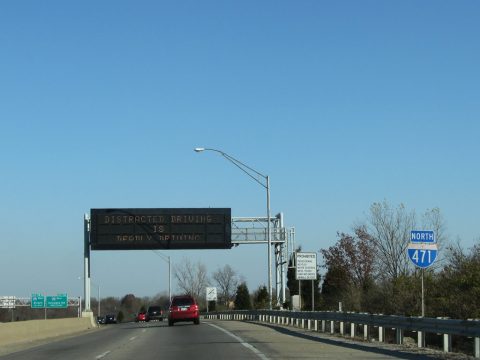 First northbound reassurance shield for Interstate 471 just north of the Alexandria Pike intersection and south of the interchange with Interstate 275. Photo taken 11/08/09.

The Smart Fix project along Interstate 40 between exits 388A (James White Parkway) and 389 (Hall of Fame Drive)in Knoxville, Tennessee is now complete and opened to traffic, as of June 12, 2009, 18 days ahead of schedule.1 The 14-month closure resulted in mainline Interstate 40 through traffic being rerouted onto Interstate 640 to avoid the construction area. The project included the widening of Interstate 40 into a six-lane urban arterial with four auxiliary lanes, rehabilitation and reconstruction of 13 bridges and other improvements, and a complete renovation of the interchange with Tennessee 158 (James White Parkway) at Exit 388A. 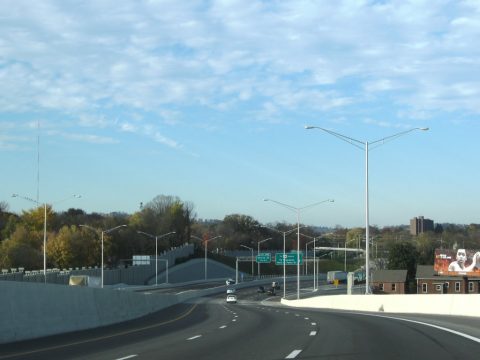 Traveling east along Interstate 40 after Exit 388A in Knoxville. This stretch of interstate was closed for 14 months as part of the Smart Fix project, a project at making a 40 year plus old section of Interstate 40 safer to traffic. Photo taken 11/08/09. 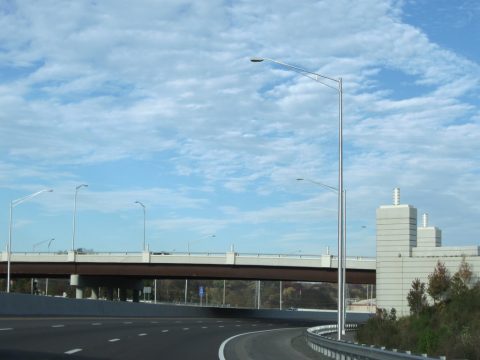 Newly reconstructed overpass for Hall of Fame Drive over Interstate 40 at Exit 389. This aesthetically pleasing overpass was reconstructed as part of the Smart Fix project along the interstate between exits 388A and 389. Photo taken 11/08/09.