A long term project currently underway in Binghamton, New York addresses both the notorious “Kamikaze Curve” section of New York 17 (Southern Tier Expressway) and replaces the structurally deficient bridges both over the Chenango River and at the directional T interchange joining the future I-86 with Interstate 81. Named after adjacent Mt. Prospect, project work was awarded on November 1, 2011, with major construction underway in spring 2012.

Phase I work replaces the I-81 & NY 17 bridges over the Chenango River. This includes four spans, where the two routes come together above U.S. 11. Adjacent construction reconfigures the ramps to Mygatt Street from the Southern Tier Expressway.

Phase II work reconfigures the full cloverleaf interchange (Exit 4) with New York 7 into a parclo interchange. It also adds a collector distributor system separating movements to NY 7 from the west and from NY 7 to the west. This includes two additional flyovers over the Chenango River, one for the future I-86 eastbound mainline, the other for the a ramp to I-86 west from NY 7. The I-81 & NY 17 mainline will also be expanded to six overall lanes east to Broad Avenue (Exit 3) and beyond. 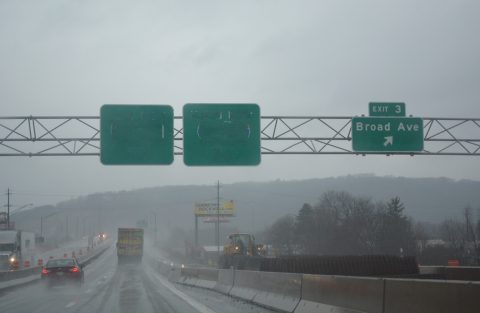 Entering the half diamond interchange (Exit 3) with Broad Avenue on I-81 north & NY 17 west. Construction rebuilds the bridge carrying the freeway above Broad Avenue. 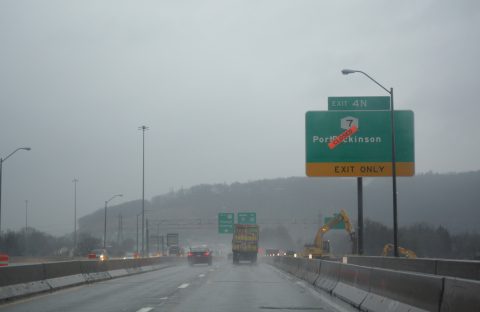 Both off-ramps to New York 7 are closed as Phase II work replaces the cloverleaf interchange. A new westbound ramp will depart from the end of the viaduct spanning the NY Susquehanna & Western Railway and Norfolk Southern Railroad lines. 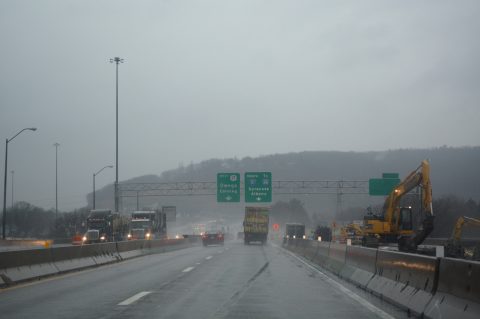 The loop ramp (Exit 4S) for NY 7 south to NY 363 permanently closed. The movement will be replaced by a signalized turn from the new off-ramp. 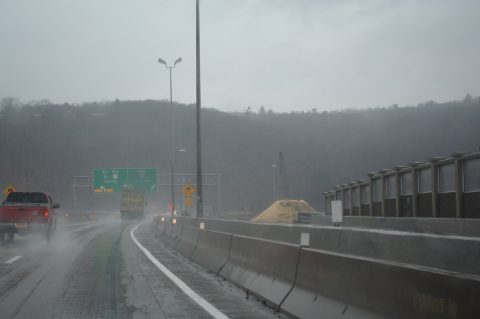 A new sound wall takes shape on the north side of I-81 & NY 17 as the two routes prepare to split over the Chenango River. Phase II work removes the remaining original westbound bridge to accommodate the new flyover from the NY 7 c/d roadway for I-86 / NY 17 west. 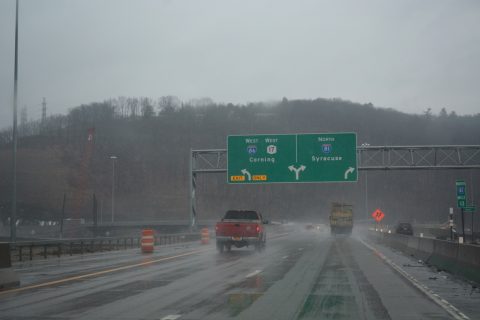 New arrow per lane (APL) signs posted at the Interstate 81 north and New York 17 westbound split already display Interstate 86. The signs also omit I-88, which begins just to the north from I-81. 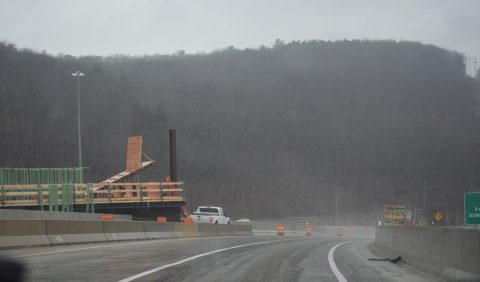 A pier support takes shape next to the flyover carrying the I-81 northbound mainline above U.S. 11 (Front Street). The c/d road flyover to I-86 west will be the highest ramp at the exchange. 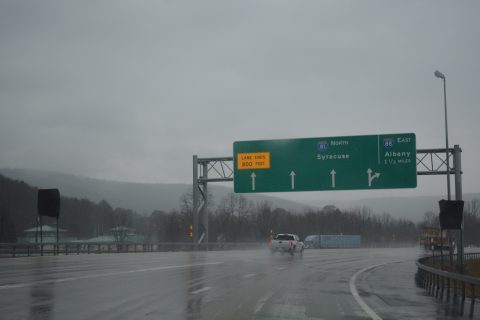 Interstate 81 runs north from Future I-86 and NY along the Chenango River to split with I-88 east in 1.5 miles. An APL went up as part of the Prospect Mountain Project where the left-hand ramp from NY 17 east merges with I-81 north.

Phase II construction also addresses New York 17 at Exits 71 and 72 as well. Work commenced in March 2016 and is anticipated for completion in fall of 2019. See the Prospect Mountain Construction Project page at Facebook for more photos and updates.