Here are photos from Wyoming, Colorado, Kansas, and Nebraska. I woke up in Wyoming after being awake for 80+ hours, experiencing near-total biological failure and thus getting a lease on a $26 motel room and my continued sanity.

I headed south to visit my friend Brian, then was about to turn back west to take photos of the Rockies… before noting that a Snowstorm of Usual Occurrence was blowing through and it would be at least two days before the roads were somewhat less than total failure. Thus, it became a frolic through the farmlands for a few days. 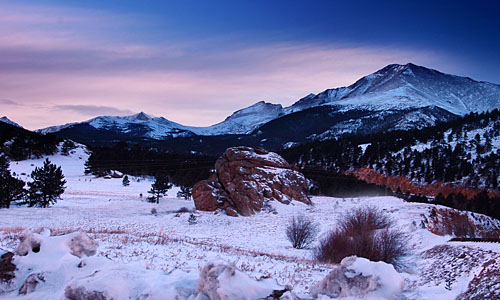 A wintry evening in Colorado. 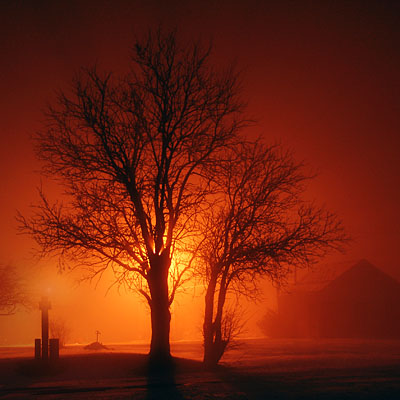 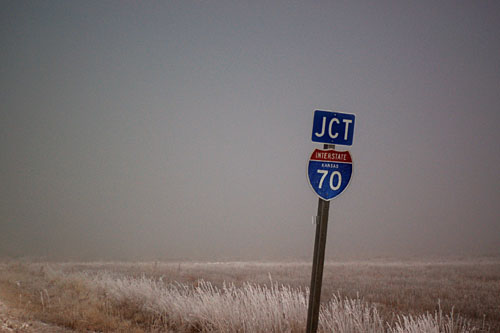 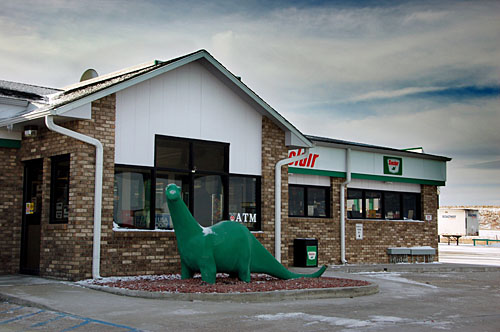 Big green Sinclair dinosaur. Somewhere in Wyoming – wherever I spent the night, plus another sixty miles or so south on I-25. 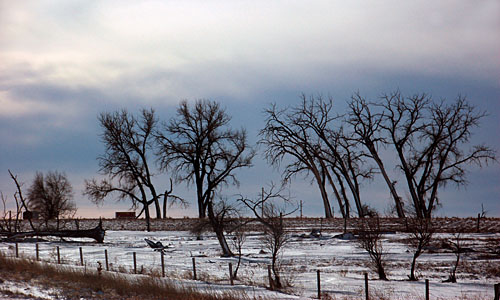 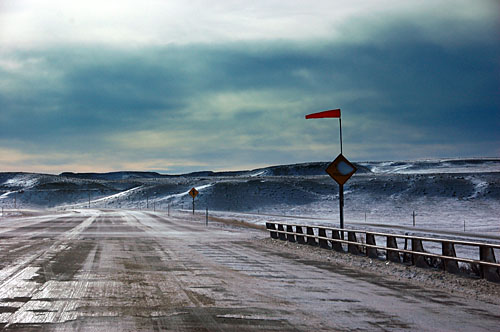 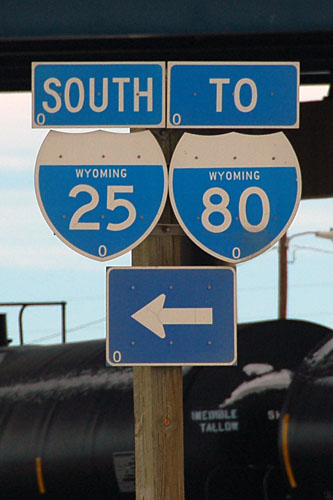 Old signs. Wyoming does a good job of adhering to early standards for interstate shields, but their sign replacement policy is frequent and brutal – so this gantry from 1990 counts as old. 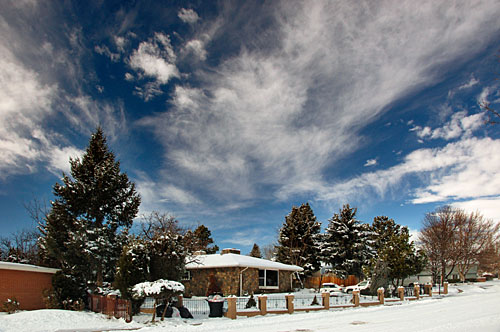 Somewhere in Denver, near to where Brian lives, some excellent clouds appeared. 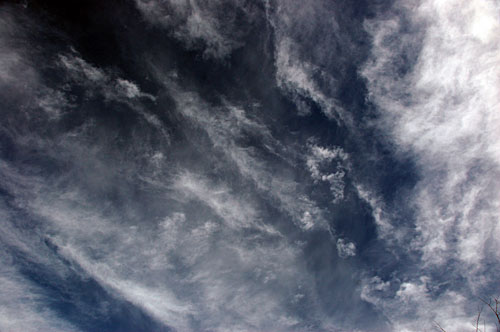 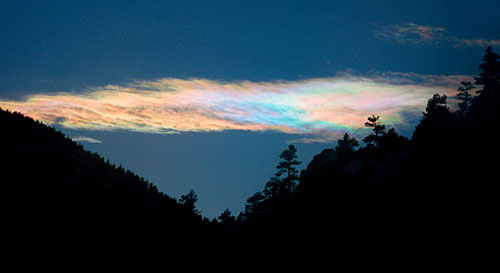 Iridescent clouds over US-36. Yes, if the ice crystals line up just right, they really do glow in rainbow colors like that! I barely got this photo while navigating the curves of the road – ten seconds later, the effect was gone. 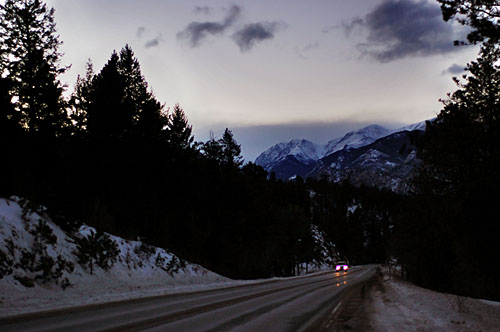 Just past dusk. Here is where I realize there is a storm to the west, and crossing the Rockies would be a dubious proposition. Time to head east. 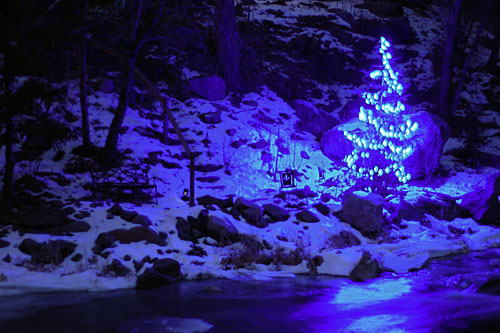 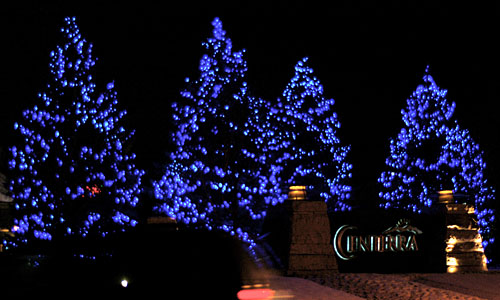 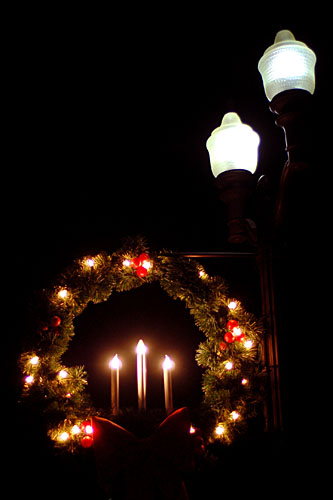 Wreath and lamp post. I don’t remember which town on US-24 in eastern Colorado this is, but I think this photo randomly came out well. 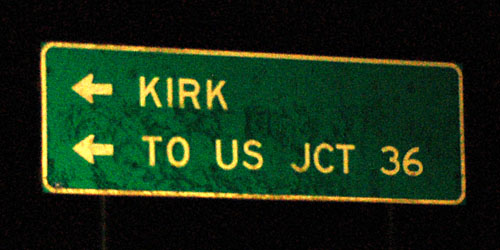 There something wrong is the order with words of the sign this on. 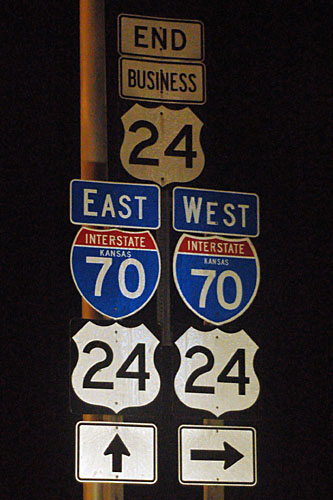 In Kansas now. We see here the tree types of highway markers that Kansas uses – including both their regular (left) and slightly odd (right) takes on interstate shields. 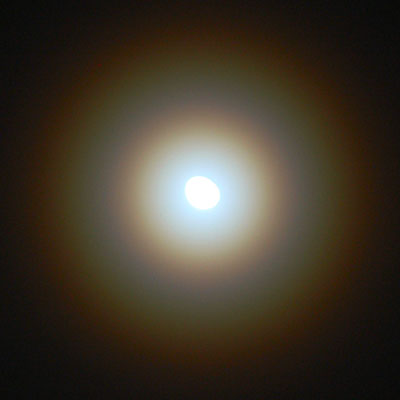 Moon halos in the fog. 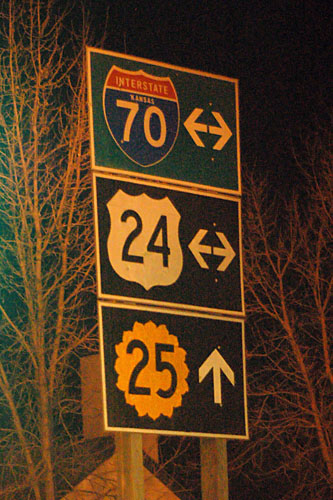 They are not particularly old, but those are indeed black guide signs for US-24 and K-25 in Colby. 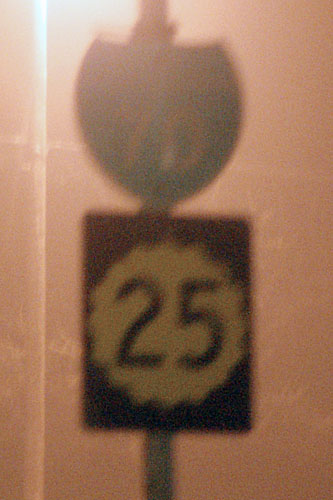 Alas, I completely biffed this photo of what might have been the last photo of a Business Loop shield in Kansas. 1958 spec, no less. Why did I do so badly on this shot? Because the sheriff was busy escorting me out of town, having caught scent of me doing far too many U-turns near the black guide signs. 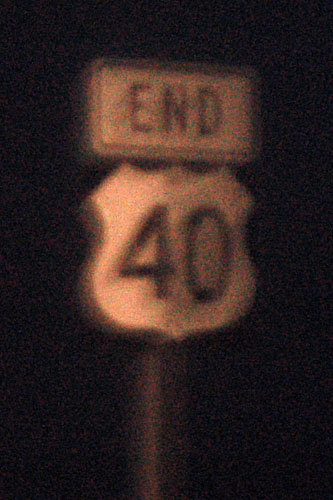 Not really. US-40 continues all the way to Park City, Utah. It just happens to meet up with I-70 here and is only sporadically signed until just west of Denver. But it hasn’t ended. 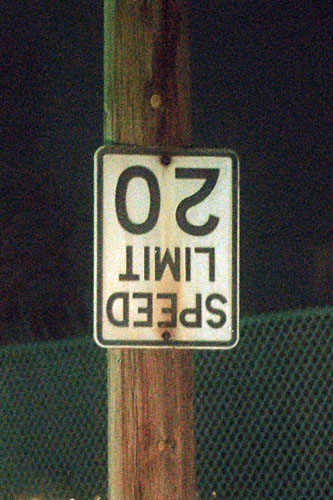 This speed limit sign has seen better days: like, when all of its friends and neighbors were embossed too. 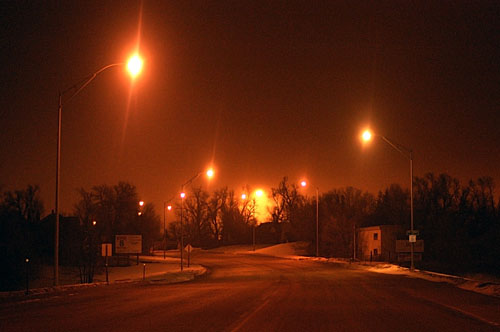 A small town in Nebraska. We just crossed over on US-83 from Kansas. 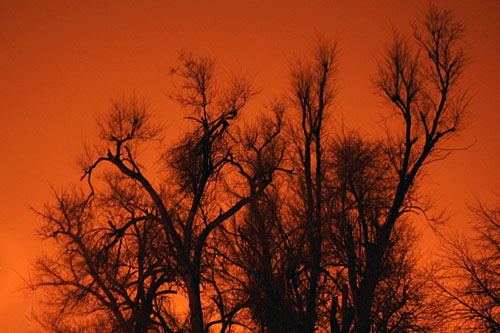 Some trees. The background is illuminated by sodium streetlights in the fog.

And we’ve reached the freeway.

This is where we leave off, as we spend the next day scouring interstate 80 in Nebraska for old signs.