U.S. 34 crosses the Great River Bridge over the Mississippi River from Gulfport, Illinois to Burlington, Iowa.

Continuing with Iowa updates on the site, added the rest of the U.S. 34 photos from 2016 and 2018, covering westbound through Burlington and West Burlington. From the same daytrips, also added new pages covering U.S. 61 north from Burlington to Interstate 280 in Davenport. 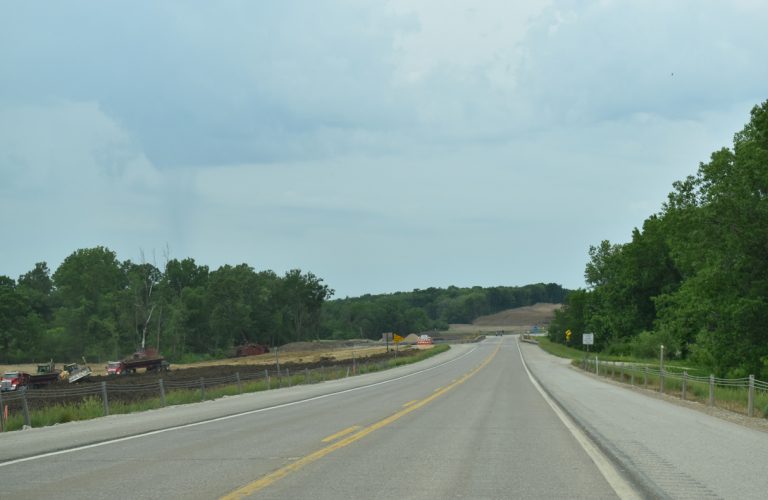 Construction started in Spring 2018 widens another 10.2 mile section of U.S. 61 from two to four lanes. Costing $17.3 million, grading work along U.S. 61 stretched northward from Memorial Park Road in Burlington to 210th Street in Mediapolis. This work precedes $19.3 million in paving scheduled for 2020.1

33 miles of U.S. 61 remain with two lanes through Des Moines and Louis Counties.1 Further north, plans call for a new bypass for U.S. 61 along the west side of Mediapolis as part of four laning the corridor. An interchange will be built at County Road H38 along the new expressway.

Had the opportunity to meet up with long time AARoads contributor Jeff Morrison last year. The two of us got together for lunch and then drove around Cedar Rapids, checking out then-construction of the Iowa 100 expressway along the west side, the three level interchange joining Iowa 100 (Collins Road) with Interstate 380, and a part of the Lincoln Freeway (U.S. 30/151/218) to the south.

Iowa 100 freeway construction along the west side of Cedar Rapids.

Posted new photos along the Interstate 380 guides northbound at Iowa 100 and southbound from Blairs Ferry Road to U.S. 30/151/218 (Lincoln Freeway).

Expanded coverage of U.S. 30 in Iowa with new pages covering eastbound from Ames to Marshalltown and Benton County, where four lane expansion is underway through 2024. Finished posting 03/25/16 photos with Bill Gatchell along U.S. 30 east through Cedar County, and from 05/26/18 between Stanwood and Clinton County.

Created a guide for U.S. 151 Business at Cascade. Added pages for U.S. 30 westbound from Stanwood in Cedar County to the west end of the Lincoln Freeway in Linn County. Updated the pages for U.S. 151 north and south with photos taken 05/26/18. 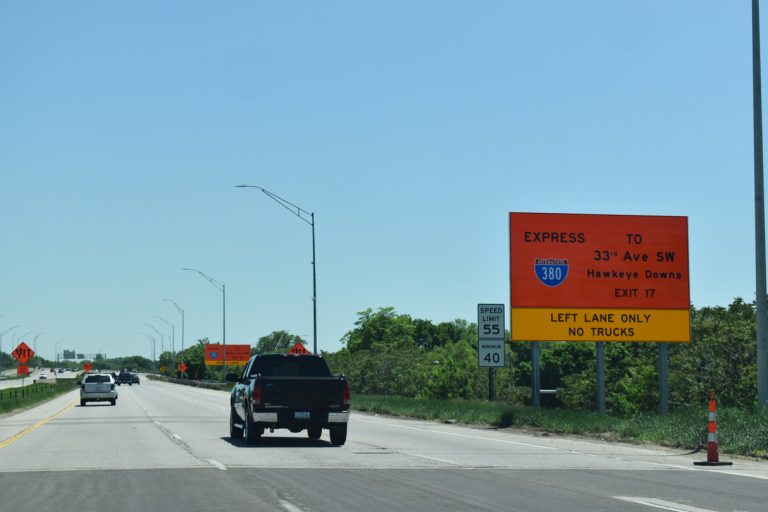 Construction underway in 2018 repaved the Interstate 380 viaduct spanning 15th and 16th Avenues SW in Cedar Rapids. Maintaining three lanes for each direction of I-380 during the project, a temporary median crossing was utilized to temporarily shift a lane of traffic onto the opposite roadway. The northbound span was similarly redecked during $1.5 million in road work underway from May 8 to October 2017.2