Continuing with updates from last week’s trip to St. Augustine and Jacksonville, Florida, replaced a number of 2016 photos along Florida State Road 207 eastbound in St. Johns County. Created a new guide for State Road 206 and added 19 photos to the State Road 312 guide posted back in June. 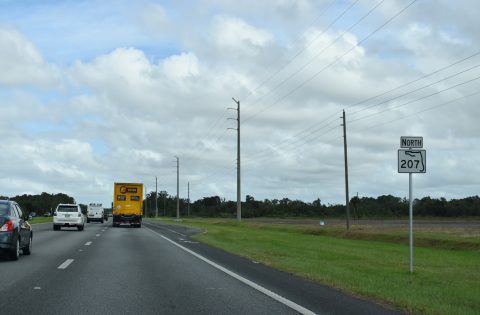 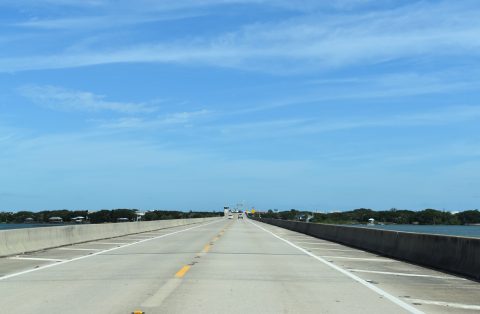 Finally drove all of U.S. 1 Business in St. Augustine, which is a 3.2 mile loop joining Historic Downtown and Uptown, St. Augustine with U.S. 1 (Ponce de Leon Boulevard) to the west. U.S. 1 Business doubles as State Road 5A for all but the northernmost half mile, which is cataloged by FDOT GIS as CR 5A. The route is fairly well marked northbound, and posted with U.S. 1 trailblazers heading west from SR A1A at the Bridge of Lions back to U.S. 1. An FDOT project reconfigures the intersection where SR A1A splits with U.S. 1 Business (San Marco Avenue) for Vilano Causeway. Adjacent intersections with May Street (SR A1A) and San Carlos Avenue were consolidated into a unique traffic pattern utilizing jughandles. Originally anticipated for completion in Summer 2019, construction continues to year’s end. Photos covering the route from last week and October 15, 2017 are now posted.

Shot some photos on Monday in Pasco and Hernando Counties, Florida, showing the completed six lane widening for Interstate 75 at SR 52 and US 98/SR 50. The last four lane section included reconfiguring the exchange with US 98/SR 50 into a SPUI, so also redocumented US 98/SR 50 leading to I-75 from both directions. Work wrapped up this Fall.

November 14 updates continued with adding photos from road trips on September 15 and October 23, 2019 along U.S. 41 and U.S. 98 through Hernando and Pasco Counties in Florida. Also updated east and westbound pages for Florida State Road 50 in Brooksville, SR 700 and SR 54 east from SR 589 to US 41 in Pasco County. Round out the coverage of SR 54 with new pages for east and west between SR 581/CR 54 at Wesley Chapel and U.S. 301 in Zephyrhills.

November 15/16 – bounced around several states doing batch uploads of photos for Interstate 75 north from Atlanta to I-40 near Farragut, Tennessee and Interstate 80 east from Grinnell to Cedar County, Iowa and west from the Quad Cities to I-380 at Coralville. Also replaced a number of photos along Interstate 65 north from the Alabama line to Exit 22 in southern Tennessee.