Interstate 895 was the temporary designation given to Interstate 95 between the split with Interstate 495 near Newport and the merge with I-495 at Claymont.

Interstate 895 was in place in Wilmington and New Castle County between 1979 and 1982 during a major reconstruction project involving the Wilmington Viaduct along Interstate 95. During this time period, I-95 shifted onto the newly opened Wilmington bypass in an effort to move through traffic away from the city. When construction was complete, I-95 was restored through Wilmington and Brandywine Hundred as Interstate 495 was reassigned to the east by the Port of Wilmington and Edgemoor.

The I-895 designation was not the first number sought by the state of Delaware for the Wilmington Viaduct project. A disapproved application made to AASHTO on June 28, 1978 that sought to renumber I-95 as Interstate 595. This was made in conjunction with the conditionally approved renumbering of I-495 as the new mainline of I-95.

A third change occurred at the June 26, 1979 AASHTO meeting, where the Interstates 195 and 395 designations were collectively renumbered as simply Interstate 895. The I-895 designation was short lived as it was dropped as approved by AASHTO on November 14, 1980, with I-495 restored along the Delaware River. 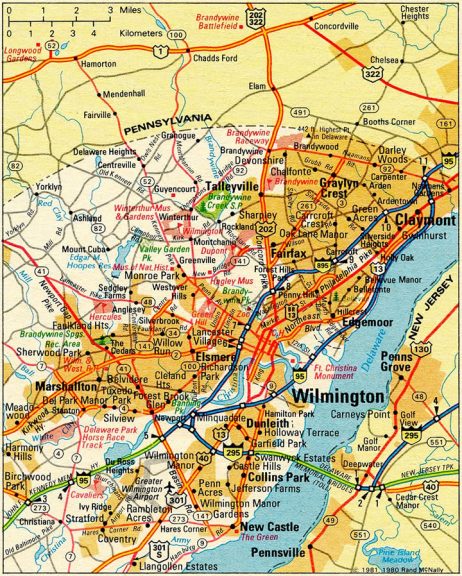