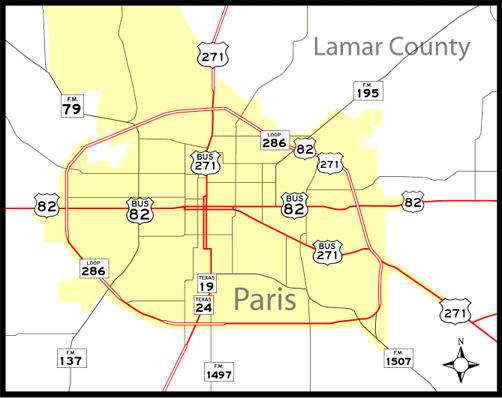 Paris, a city of around 25,000, lies in northeastern Texas near the Oklahoma border. Seat of Lamar County, the city was founded in 1839 as an inland port for pecans and cotton. Over time, Paris became a worldwide jewelry production and research hub, and the city bills itself as the second largest "Paris" in the world.

Many Texas cities have loops, and Paris is no exception. Loop 286 forms an oval shaped route around the city, varying as a rural two lane highway to the south and a mix of four-lane arterial and freeway sections to the north. TxDot has no plans currently to upgrade Loop 286 to a full freeway.