Interstate 99 and U.S. 15 overlap 12.89 miles northward from Lawrenceville, Pennsylvania to I-86/NY 17 at Painted Post. U.S. 15 was upgraded to an Interstate-standard freeway over the course of a ten-year, $235-million project.1 Construction of the high-speed interchange with Interstate 86/NY 17, and rebuilding of the older freeway south through Gang Mills was finished on August 13, 2008. A new section of freeway replaced a two-lane section of U.S. 15 north from Tioga, Pennsylvania to Lindley on October 1, 2008.

Subsequent work replaced a two-lane segment of U.S. 15 north from Watson Creek Road to Presho and reconstructed the freeway at Presho. The freeway between Presho and Painted Post dated back to 1969. Ground breaking for an $80 million project to complete the limited access stretch took place on September 21, 2009.2 Work ran through October 2013.

Governor Andrew Cuomo announced on June 27, 2014 that U.S. 15 between the Pennsylvania state line and I-86 at Painted Posted was officially designated as Interstate 99. The change followed remaining minor upgrades needed to bring all of U.S. 15 up to Interstate standards.1

Prior to 1974, U.S. 15 extended north from Painted Post to Downtown Rochester. The highway was truncated to end at the Southern Tier Expressway (NY 17), with NY 17 replacing it as the through route west to Avoca, and Interstate 390 north to Rochester. The former alignment paralleling NY 17 and I-390 was designated NY 415, while NY 15 overlapped with both freeways to NY 21 south of Wayland. NY 15 was truncated north from Painted Post to I-390 at NY 21 in 2009. North from there, NY 15 remains in place along the former U.S. highway to Livonia, West Henrietta and Mt. Hope Avenue through south Rochester. 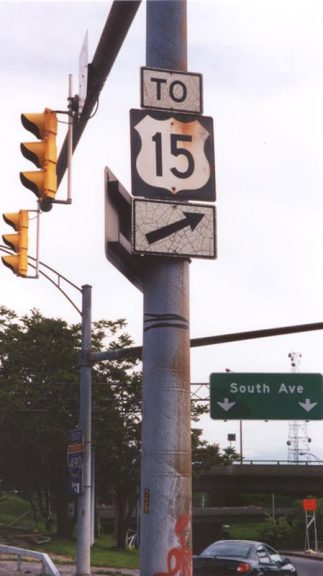 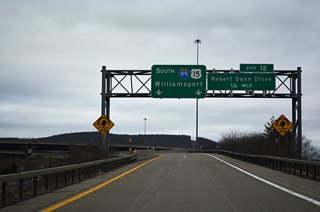 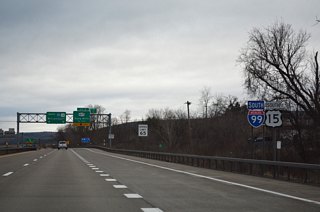 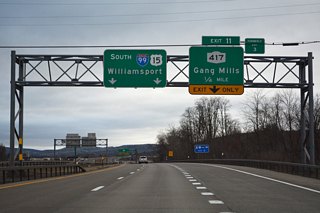 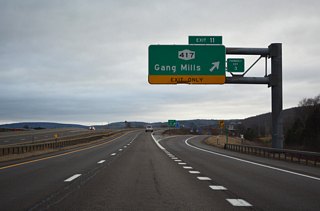 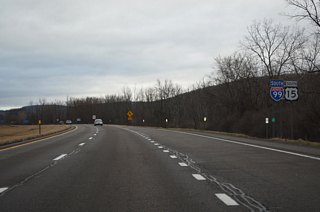 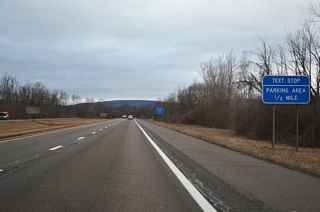 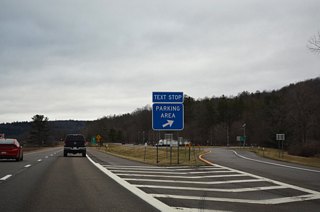 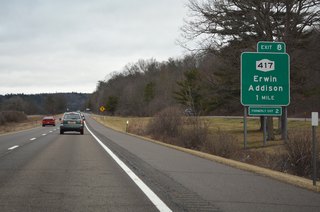 NY 417 travels west along the Canisteo River to the village of Addison, north of Pinnacle State Park. The state route represents the original alignment of NY 17 before it shifted north onto the Southern Tier Expressway.
01/18/17 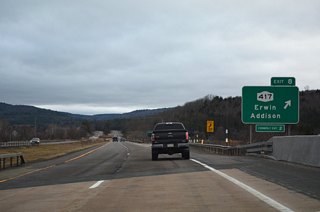 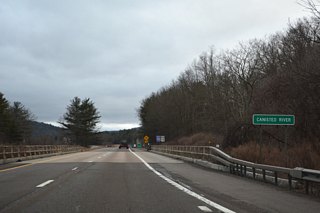 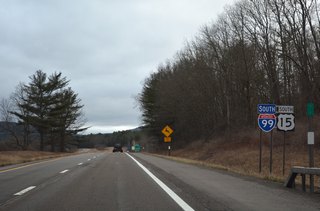 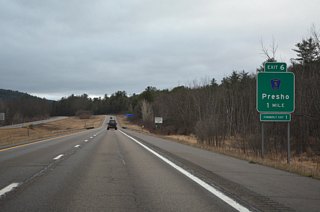 Smith Road (CR 5) runs southwest onto Clendenning Road to the town of Tuscarora and east to old U.S. 15 (Indian Hills Road) nearby.
01/18/17 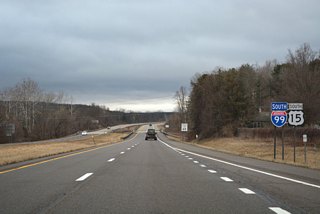 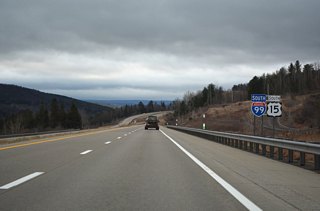 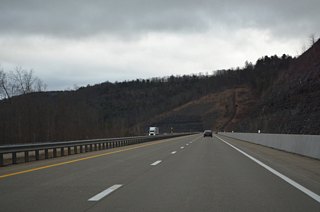 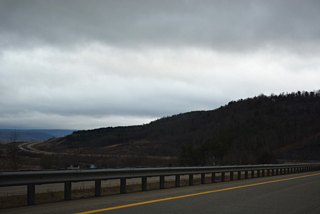 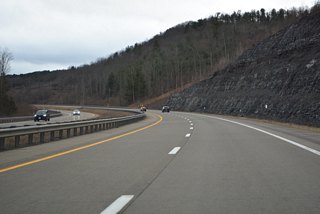 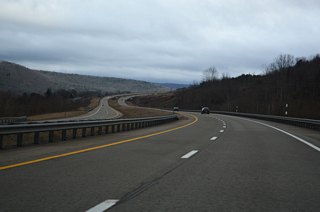 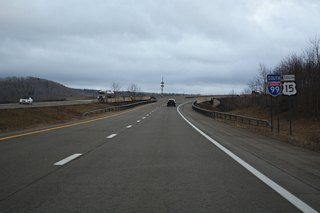 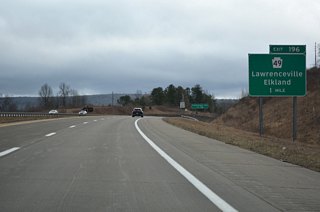 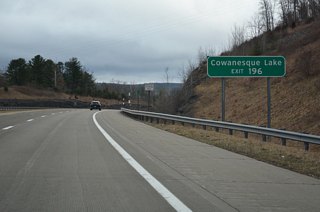 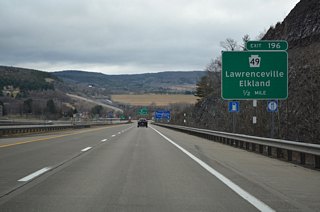