Staying rural, U.S. 13 (Ocean Highway) meets Maryland 413 near Westover, where the four-lane highway curves back to the north ahead of Princess Anne. Initially traversing Tulls Swamp, Ocean Highway makes a long straight away northeast to enter Wicomico County ahead of Fruitland. Through the Salisbury area, U.S. 13 splits with the mainline taking a freeway bypass to the east and a business route bisecting the largest city in the Maryland Eastern Shore region. 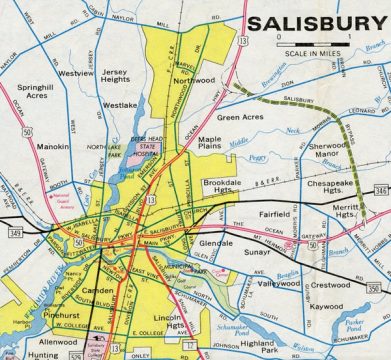 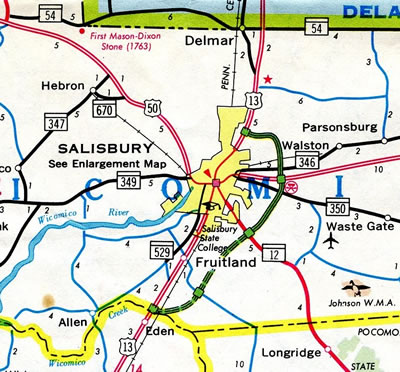 Construction on the remainder of the Salisbury Bypass for U.S. 13 in 1976

The Salisbury Bypass also doubles as the U.S. 50 mainline around the northeast side of the city. U.S. 50 was added to the freeway after the extension west was completed in 2003. U.S. 13 otherwise rejoins its surface alignment (Salisbury Boulevard) by the Centre at Salisbury Mall. The U.S. highway exits the state north along a congested commercial arterial through the town of Delmar. 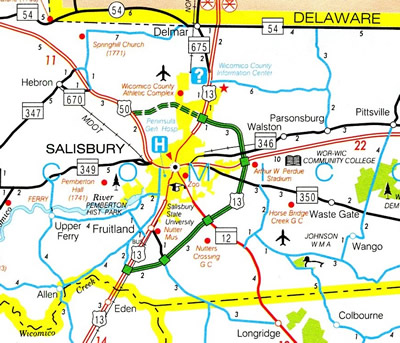