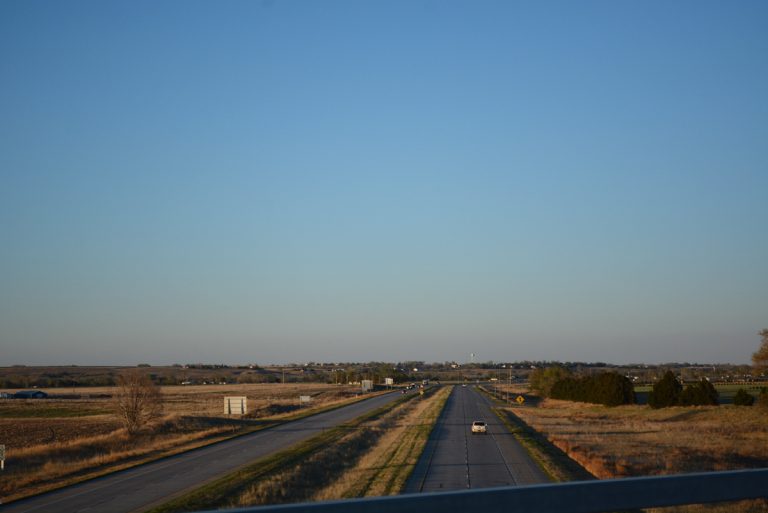 Interstate 76 curves northeast around the periphery of Bijou Flats to the west of Fort Morgan. Business Loop I-76/U.S. 34 split with the freeway east into Fort Morgan along this stretch. 2015 traffic counts along this stretch topped out at 16,000 vehicles per day (vpd). 04/22/17

Traveling 184.135 miles in Colorado, the western Interstate 76 angles northeast from Denver to Fort Morgan and Julesburg. A short extension into Nebraska joins the freeway with transcontinental Interstate 80 east to Lincoln and Omaha, Nebraska. 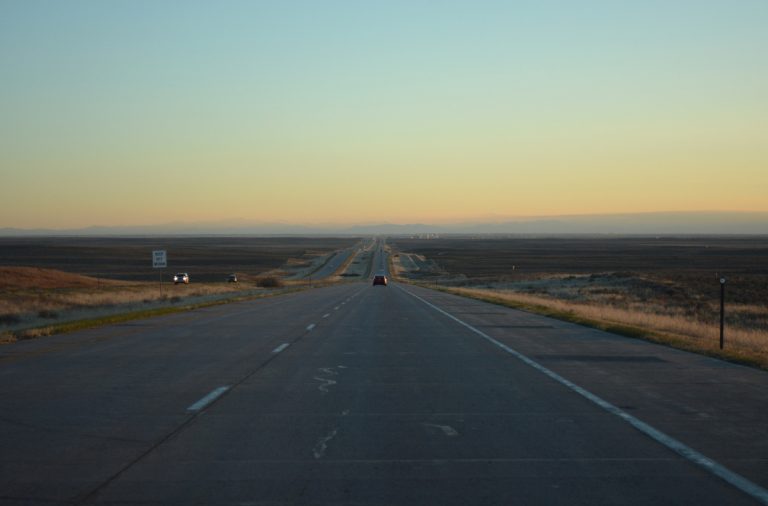 The distant community of Roggen and the Front Range appear in this vista along Interstate 76 west in Weld County. 04/22/17

Construction on what was originally designated as Interstate 80S began in August of 1958. The route was renumbered to Interstate 76 on January 1, 1976. The change resulted in the replacement of 488 signs according to the Colorado Department of Transportation (CDOT). For more information on the history of Interstate 76, visit CDOT 50th Anniversary of the Interstate Highway System.

The following chart shows the dates on which each section of Interstate 76 was opened, from the western terminus in Denver to the Nebraska State Line.