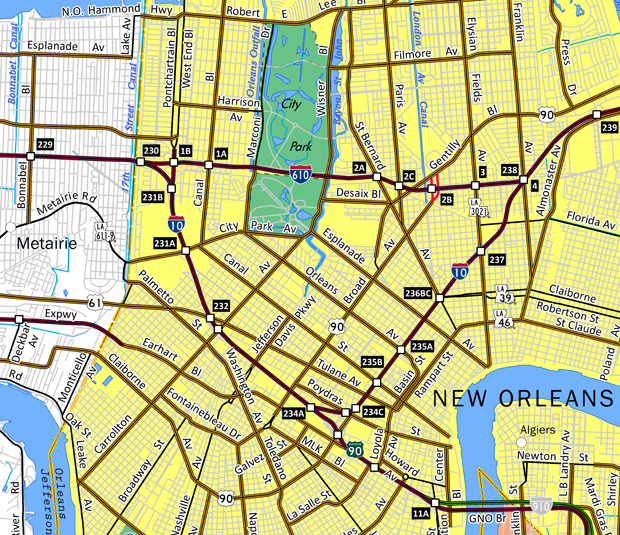 Interstate 610 was added to the Interstate system in 1964 with Interstate 10 in the city of New Orleans.1 This included the Pontchartrain Expressway leading south from Pontchartrain and West End Boulevards to downtown and I-610 spuring east from I-10 to Canal Boulevard. The remainder of freeway east to I-10 at Franklin Avenue would not be completed until 1973-75.

The freeway provides a bypass route for Interstate 10 through New Orleans, traveling north of the Interstate 10 dog leg into downtown. The freeway undulates through City Park and the Gentilly neighborhood of the city, traveling partially at-grade and partially on an elevated viaduct. Speed limits are 60 miles per hour for the 4.52 mile freeway. 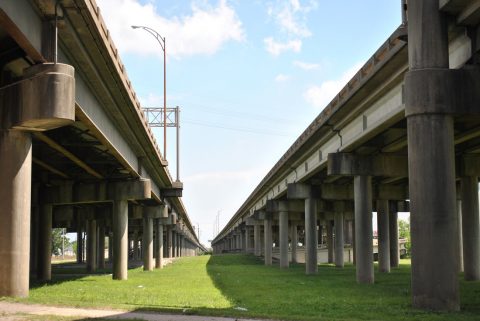 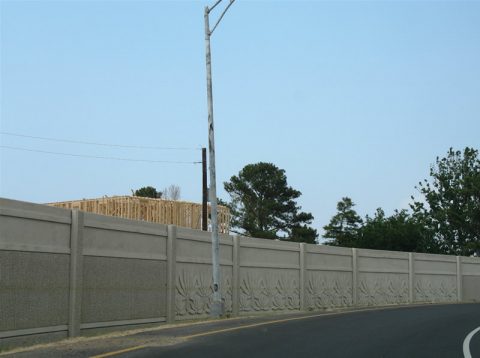 Sound walls installed in conjunction with the 1999-2000 I-10/610 interchange reconstruction project revealed the level of flood waters caused by Hurricane Katrina in 2005. The exchange joining the two freeways and adjacent Pontchartrain Boulevard was vastly underwater after the levees broke from the storm. Photo taken June 10, 2006.