A trip to New Mexico, essentially following the Gila River all the way. Part features the first day, and the morning of the second – driving from San Diego to Lake Roberts, NM. 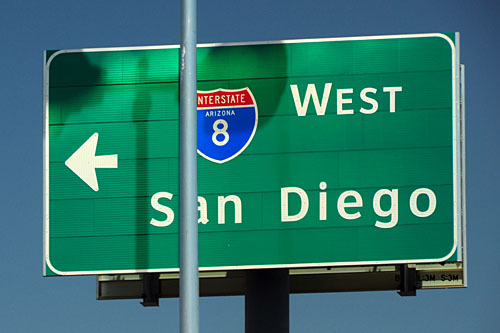 Adventures in terrible light-post placement. There are only two known 1957-spec interstate shields in Arizona. (The other one is on this exact gantry, facing the other direction.) 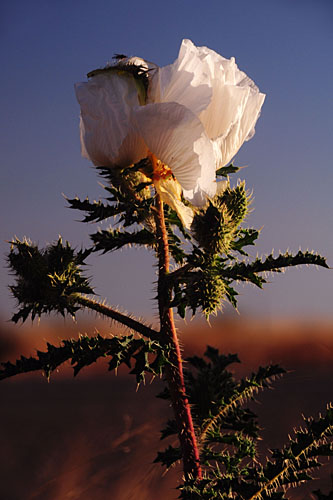 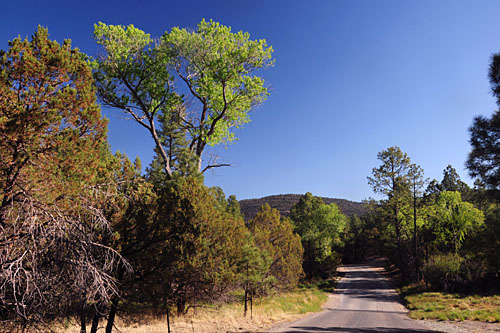 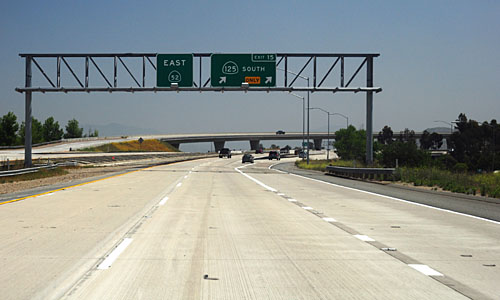 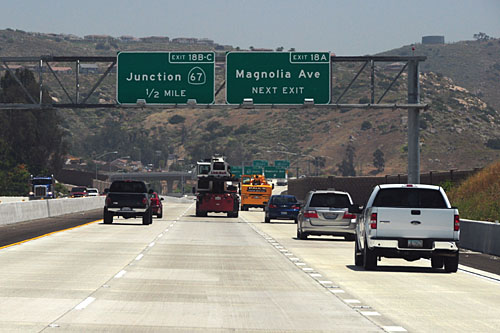 Caltrans manages to sneak in a 1950s (!) sign layout, with Junction spelled out in mixed case to accompany a route shield. 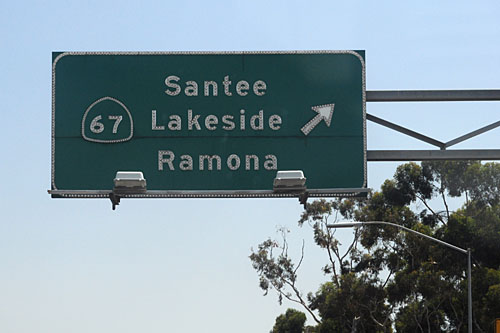 Early experiment in non-porcelain signage. This sign, on I-8, dates to 1962, and the 67 shield covers up a white one. Individually riveted non-reflective letters onto a green background. The reflectors were added sometime in the 1970s, when older non-reflective signs got the “bag of buttons and a bucket of glue” treatment. 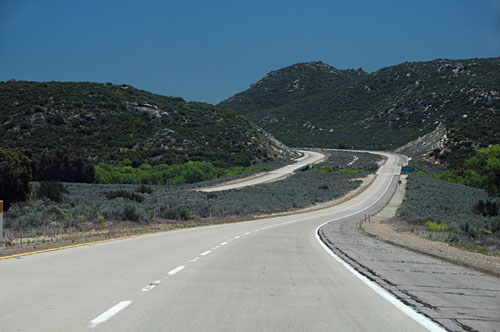 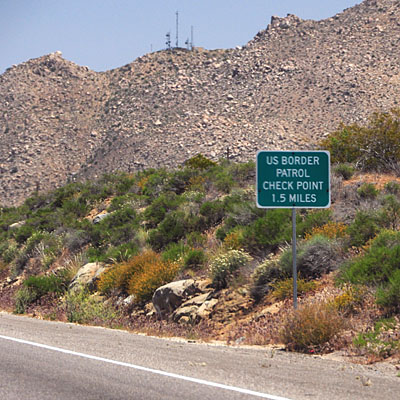 If I recall correctly, the “your papers, please” checkpoint was closed. 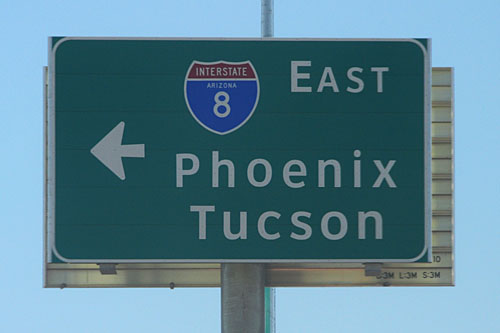 The other 1957-spec I-8 shield. Same intersection, but heading southbound. 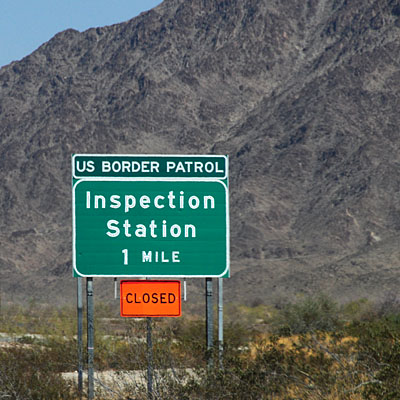 They may very well have closed this station permanently. If so, this is one button copy sign which I won’t miss when it vanishes. 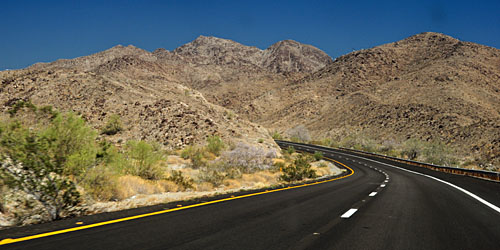 Telegraph Pass, just east of Yuma. The two carriageways of I-8 separate, and in fact the westbound lanes cross over the eastbound ones for a short while. 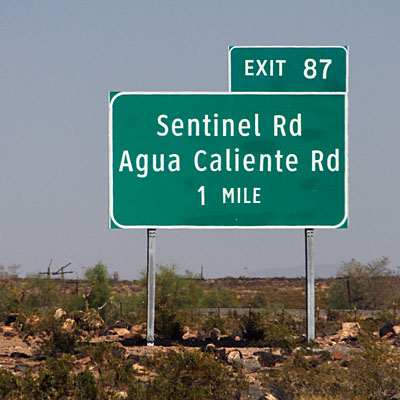 Rarely seen narrow Clearview. A new sign since the last time I came through here, around November 2010. 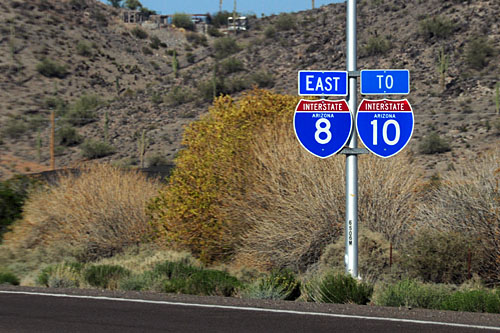 The very last I-8 reassurance marker, paired with a rarely seen (but perfectly sensible) 36″ trailblazer for I-10. 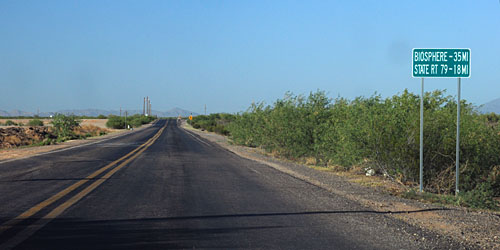 Park Link Drive – a connector between I-10 and AZ-79 which lets us avoid Tucson. It is shown on few maps, but is a perfectly serviceable paved road. 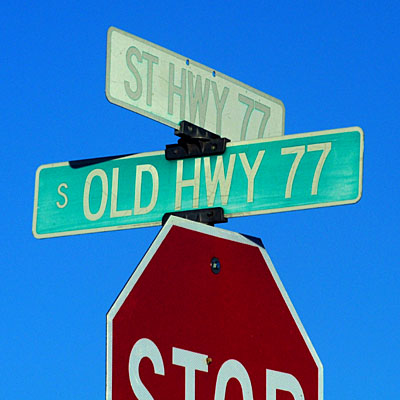 Spot the old alignment. We’re near the Gila River now; AZ-77 follows it. 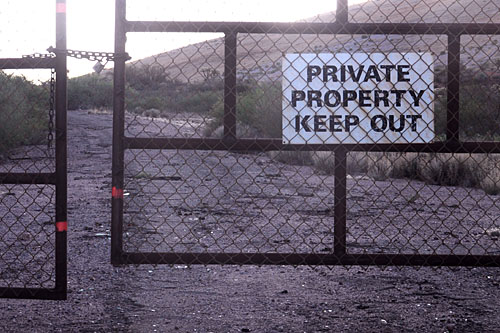 Time to turn around. 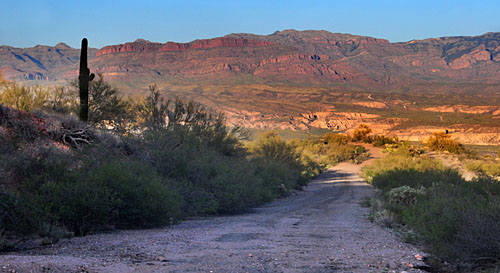 Back down the hill we go. 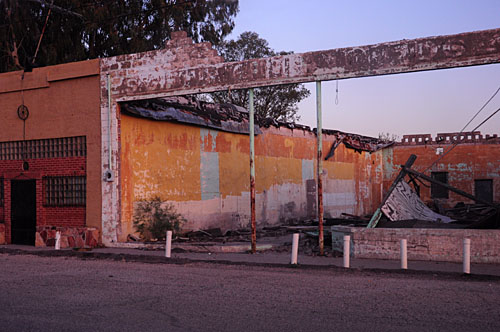 The town of Winkelman has seen better days. Yes, that is a noose hanging down. 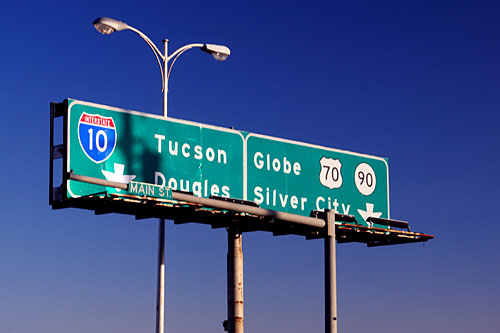 Lordsburg, next morning. The signs are relatively new, but the gantry itself dates to the 1950s. 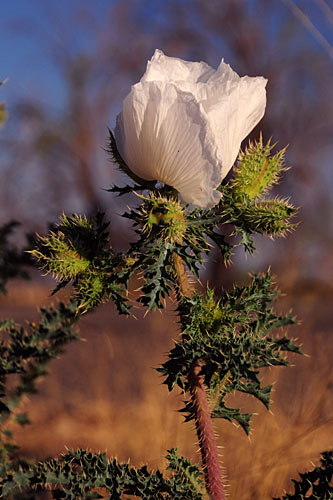 Another view of the same extremely pointy flower. 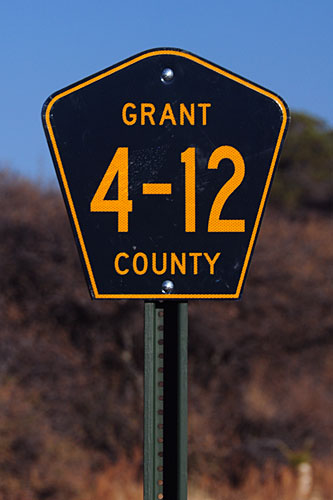 Every county in New Mexico seems to have a different route numbering scheme. Grant has hyphenated numbers. 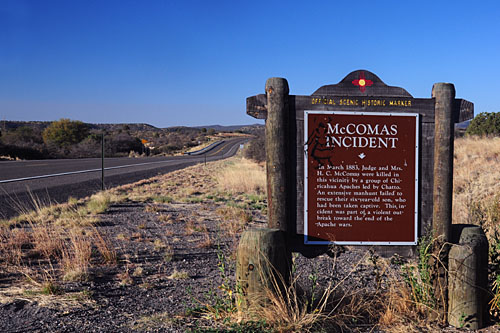 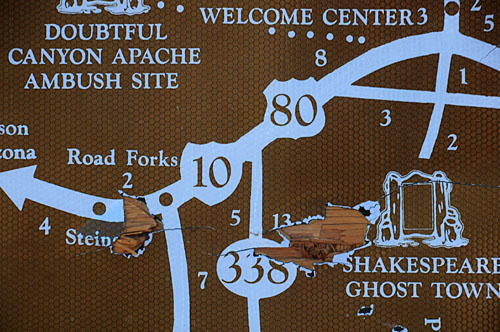 US-80 hasn’t run through New Mexico since 1991, but historic markers are always the last to be updated. 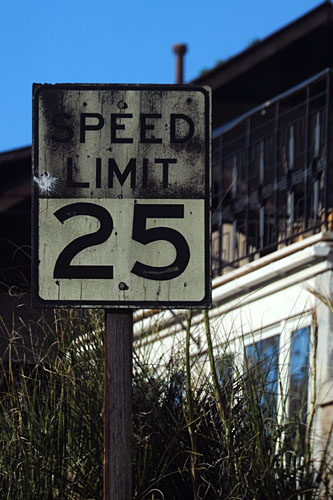 A 1960s (or maybe even 1950s!) cheap New Mexico sign. To save money, only the bottom half of the sign was covered in reflective Scotchlite! 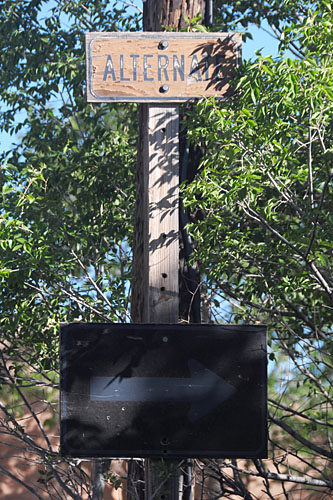 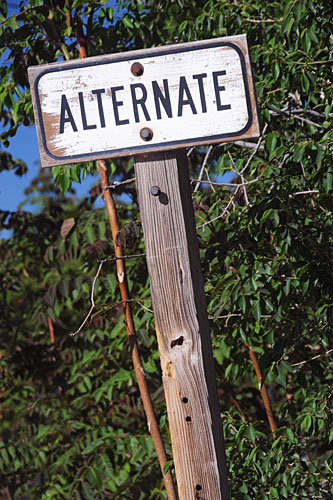 This time, a 24″ shield and an arrow are both missing. 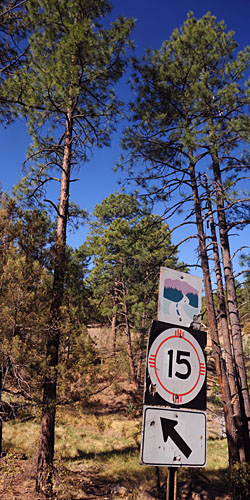 The end of the alternate route. It isn’t signed from 15. 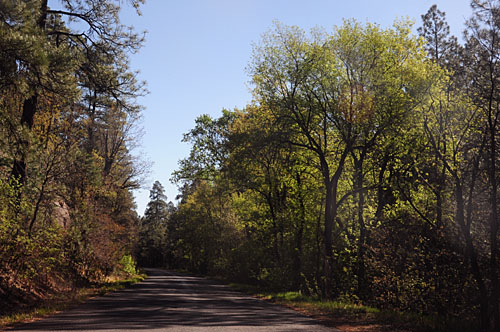 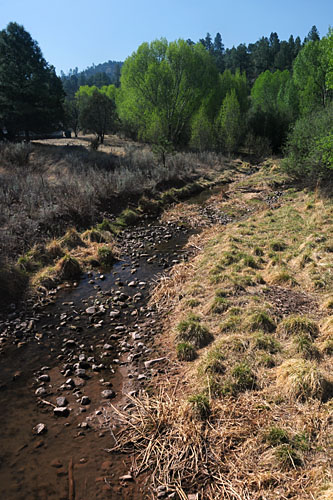 Our first picture of the Gila River itself. (Finally!) 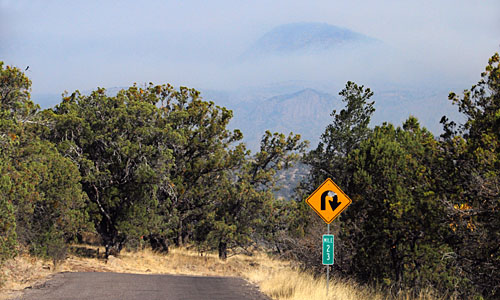 What is the nature of this ominous haze? We’ll leave off with this photo. Next up, Gila Cliff Dwellings!