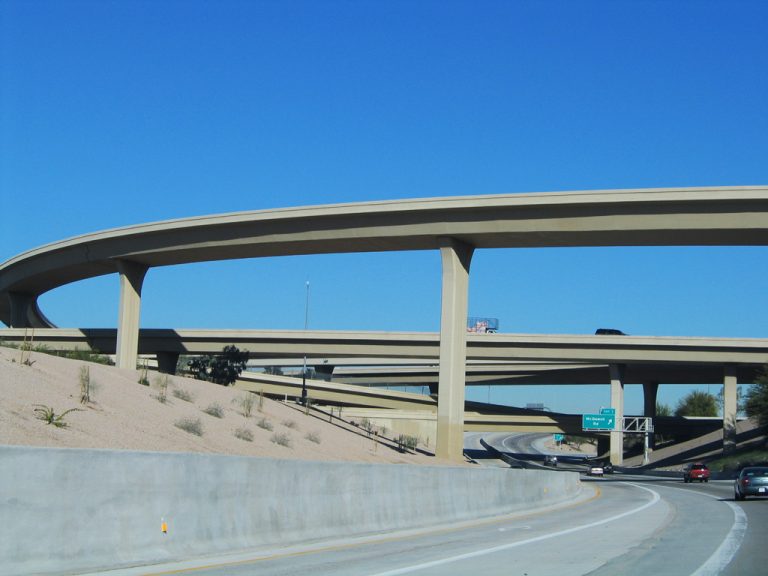 Arizona State Route 51 serves as a primary north-south freeway through the east central Phoenix area, as well as a reliever to I-17. SR 51 was the first urban (non-interstate) freeway built through Phoenix, and is unique in that the section from McDowell Road to Glendale Avenue was built by the City of Phoenix as Squaw Peak Parkway, and not as a freeway by the Arizona Department of Transportation (ADOT).

A freeway was first planned for the SR 51 corridor in 1960. However freeway growth in Phoenix did not keep up with population increases for a multitude of reasons. Until 1966, Interstate 17 was the only freeway through Phoenix. The Maricopa freeway (eventual I-10) opened at this time to 40th street. The Squaw Peak corridor was assigned Interstate 510 as the route number through 1975 - which is the original source of the numbering for State Route 51.

ADOT first purchased property in the Squaw Peak corridor in the mid-1960s, but stopped due to funding issues with regards to construction. Following the Papago debacle, a fight erupted over the alignment for the Squaw Peak freeway through Dreamy Draw, and ADOT instead focused resources on projects outside of Phoenix. Phoenix Mayor Margaret Hance, realizing traffic was becoming a major problem, admitted a freeway was not feasible in 1981, and changed the classification of the corridor to a parkway.

Planners set a route along 18th Street in 1982, drawing community opposition in the form of NEVER, a group of residents. NEVER, meaning "Neighbors Veto Expressway Routes," first questioned the traffic figures used to justify the route, leading to a sequence of events after the projections were justified: 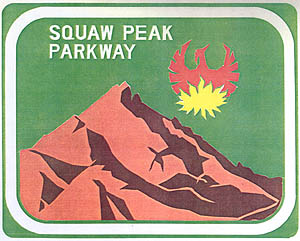 During the same time frame, NEVER put a Proposition on the February 7 ballot proposing a plan to build a continuation of 32nd Street through Phoenix Mountain Preserve, but completely disallowing the Squaw Peak Parkway. This measure was rejected by voters.

A citizen working group was commissioned to design Squaw Peak Parkway (the first mile), but all of their suggestions were rejected by the Phoenix City Council in January 1985, further angering local residents.

SR 51 was constructed in segments from south to north. The overpass to Thomas Road (Exit 2) replaced the last at-grade intersection of the original leg Squaw Creek Parkway on July 31, 1990, while the last segment connecting the freeway to Loop 101 opened to traffic on May 31, 2003. Originally, the parkway segment of SR 51 had posted speed limits of 45 miles per hour. Speed limits were raised to 50 MPH in 1988, and increased again when ADOT assumed control of the freeway.

State Route 51 is named the Piestewa Freeway. It was known as the Squaw Peak Freeway until May 1, 2003, when it was renamed along with Squaw Peak itself, in honor of Army Private First Class Lori Piestewa. Piestewa was the first Native American woman killed in combat as an American soldier; the Hopi died during the 2003 War in Iraq.