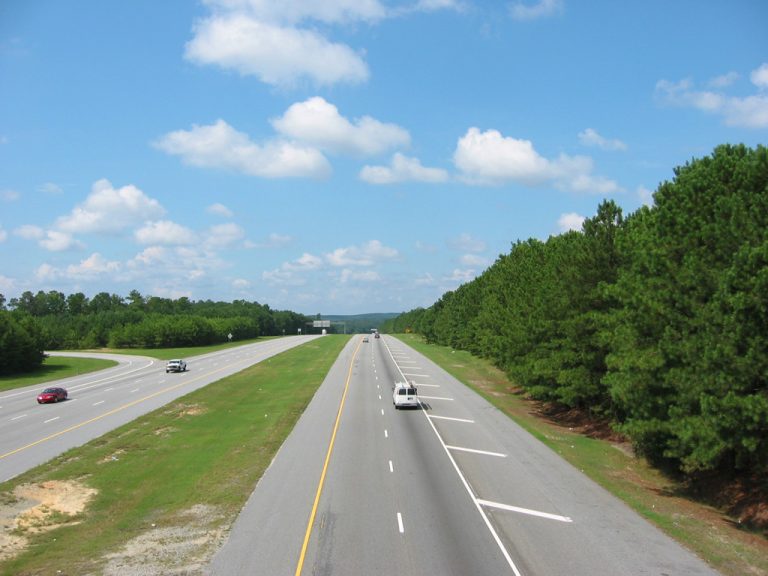 Interstate 185 leads north from the Williams Road overpass at Exit 12. The northern 38 miles of the freeway from Columbus to LaGrange is a Georgia Scenic Byway. 08/22/03 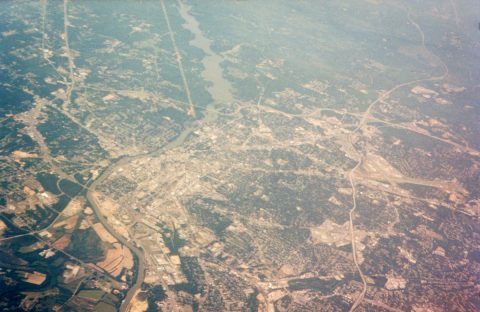 Georgia State Route 85 was the one of the corridors considered as principle route between Atlanta and Columbus from 1948 to the early 1970s. Efforts during that time period focused on four laning the state route between the two cities, but ultimately an Interstate corridor was built further west. The last segment of Interstate 185 opened in 1979.1

The city of Columbus and Muscogee Counties consolidated in 1971. Including Phenix City, Alabama, the metropolitan area boasted 296,506 residents per the 2010 U.S. Census.