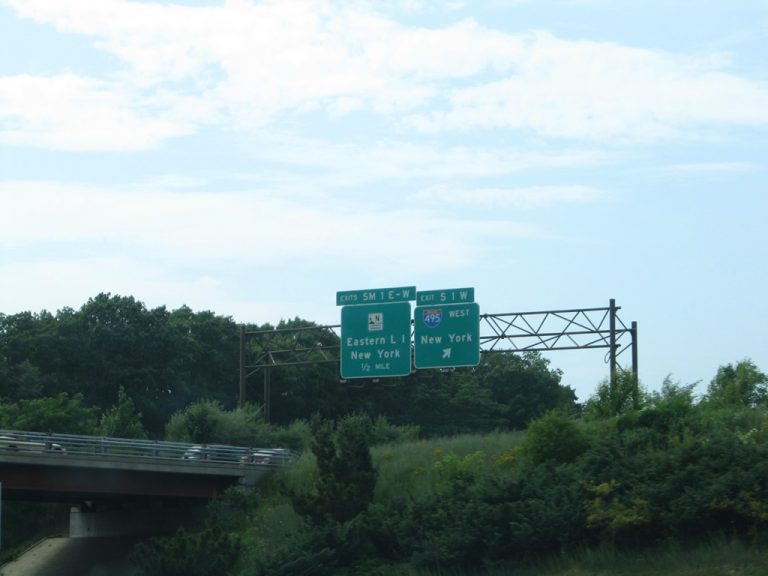 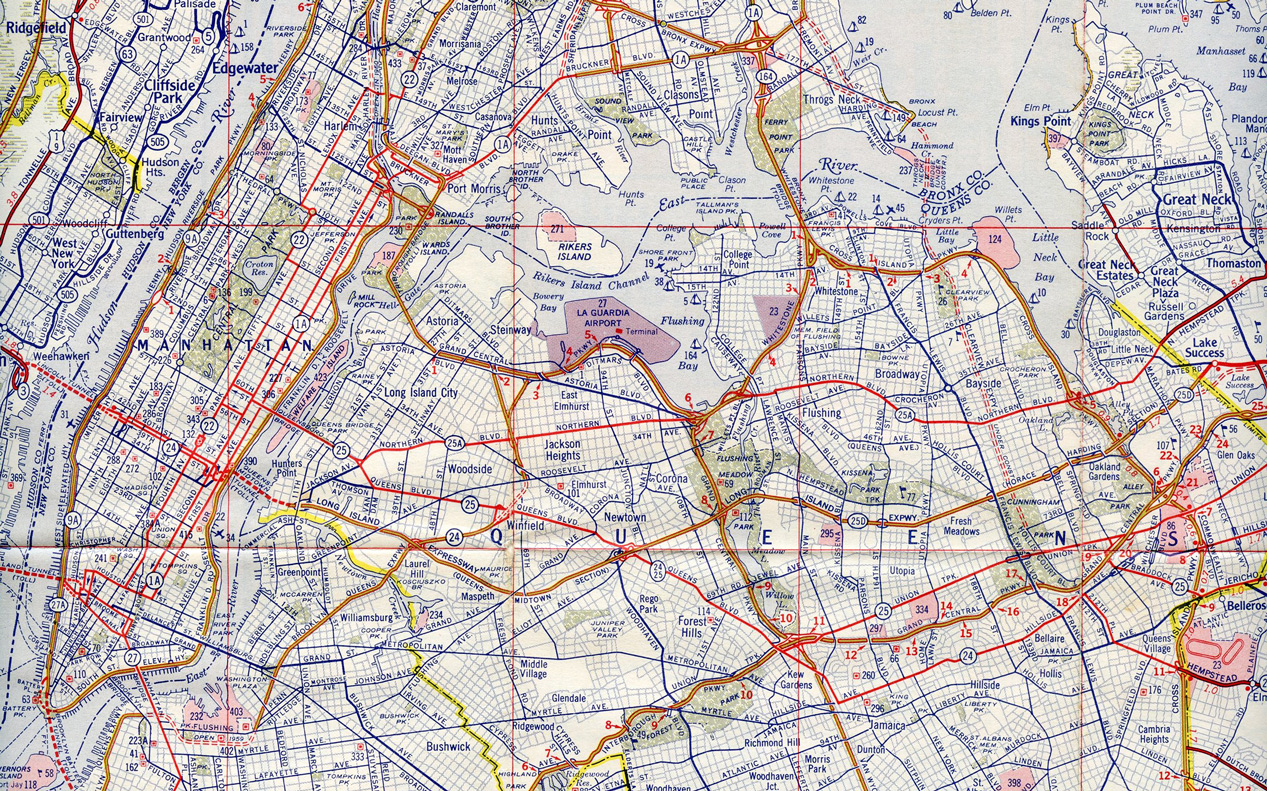 The Long Island Expressway was a part of New York Route 25D prior to the establishment of Interstate 495. The expressway was nearly complete across Queens by 1958.

Until 1983, the Interstate 495 designation ended at the Cross Island Parkway in east Queens. Long Island officials sought to have an Interstate so legislation was passed to redesignate the New York 495 portion of the L.I.E. to an extension of I-495.

The Lincoln Tunnel (NY Route 495 / NJ Route 495) was signed as the western extent of Interstate 495 until 1989. It was to connect with the Queens Midtown Tunnel via the Mid-Manhattan Expressway, but that freeway was scrapped in 1971 due to extreme costs both economically and socially. The tolled crossing is generally referred to by name and not number today.