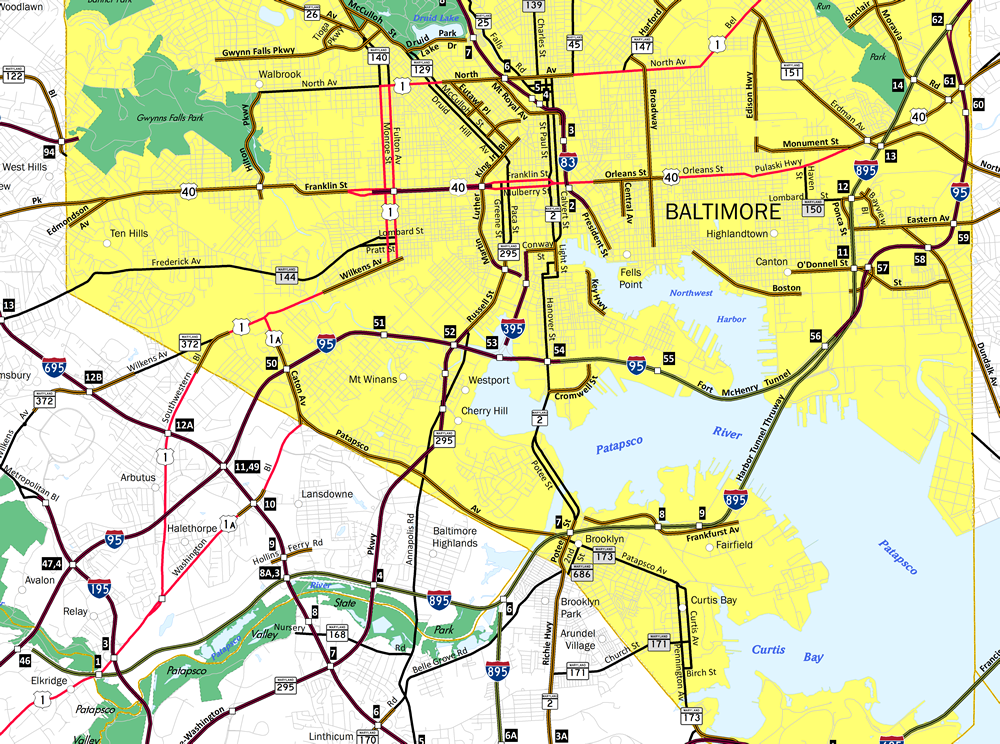 The lone entry for I-895 in the Interstate Highway System is the Baltimore Harbor Tunnel Thruway. The 16 mile toll road provides an alternative to I-95 and the Fort McHenry Tunnel for through traffic passing through the city of Baltimore. The four lane highway crosses the Patapso River through the Harbor Tunnel.

Interstate 895 includes a pair of spurs joining the Baltimore Harbor Tunnel Thruway with Glen Burnie and Anne Arundel County to the south. The west "A" leg of I-895 Spur connects with I-97 around Glen Burnie. The eastern "B" leg ties into MD 2 (Ritchie Highway) south of I-695 (Baltimore Beltway).

The K-Truss Bridge west of Baltimore Harbor Tunnel was redecked between August and October 2012. During the $3.9 million project, lanes were restricted at times to just two overall or reduced in width. Additional work focused on repairing the steel structure of the span.2