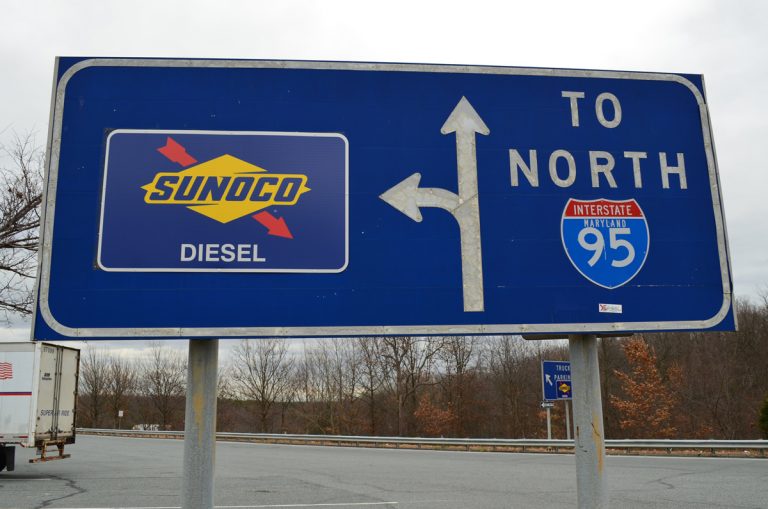 An old diagrammatic sign posted at the Chesapeake House Service Area directing traffic from the parking area to the northbound mainline. The Chesapeake House closed for reconstruction in September 2012. It reopened as a modern facility on August 5, 2014. 12/21/12

Traveling 109.65 miles across the state of Maryland, Interstate 95 enters the state alongside Interstate 495 across the Woodrow Wilson Bridge over the Potomac River. The Interstate encircles Washington, DC along the eastern half of the Capital Beltway before resuming a northeastern heading to Baltimore. Through Maryland's largest city, I-95 takes the tolled Fort McHenry Tunnel, which consists of four two-lane tubes below the waters of Northwest Harbor. Leaving the city, Interstate 95 follows the John F. Kennedy Memorial Highway, which first opened in 1962 as the Northeast Expressway, a toll road connecting Baltimore with the Delaware Turnpike. 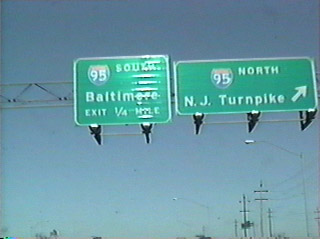 MD 279 north at I-95 in Cecil County on November 2, 1994. Guide signs for I-95 along the JFK Memorial Highway originally displayed N.J. Turnpike as the northbound destination. 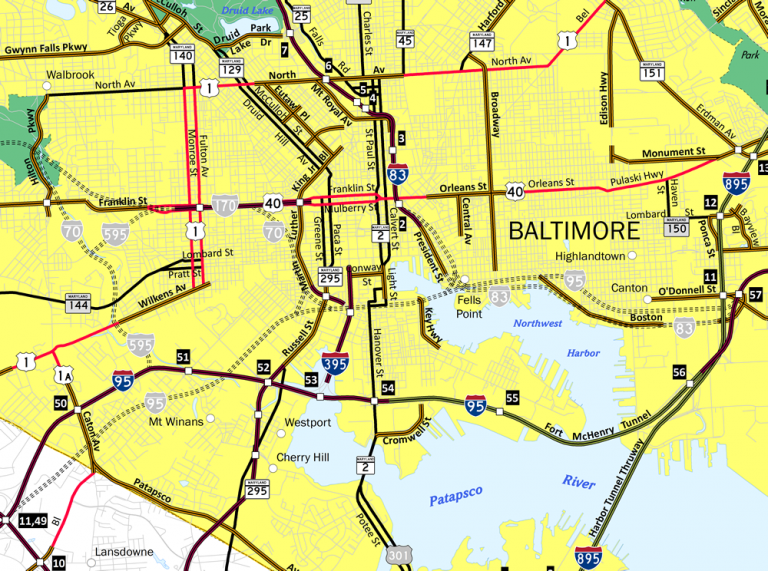 Interstate 95 was initially planned to travel a more northerly path through the city of Baltimore. The alignment was projected south of the Inner Harbor and east through Fells Point, with I-70 and I-83 ending directly with the freeway.

Interstate 595 was a circuitous freeway spur envisioned for a portion of the I-70 corridor northwest to the existing I-170 freeway. This was dropped when plans for new freeway construction failed outside of what was already built between U.S. 40.