What is left of U.S. 10 in North Dakota travels Main Avenue through both West Fargo and Fargo. The four-lane boulevard concurs with Business Loop I-94 to Moorhead, Minnesota. U.S. 10 west of West Fargo was truncated in 1987.

Main Avenue was redesigned through a portion of Fargo and all of West Fargo from a five-lane arterial to include new curb, gutter and divided medians in addition to decorative lamp posts, signal upgrades, multi-use pedestrian paths and utility improvements. An overall three phase project, the first phase reconstructed Business Loop I-94/U.S. 10 from 6th Street West, near the Sheyenne River, to 5th Street East. The $8.6 million project was completed in 2009. It included removing most of the frontage road system to eliminate conflict points.1

The second phase of the Main Avenue reconstruction, costing $14.6 million, upgraded a 1.4 mile stretch of U.S. 10 from 6th Street East to 45th Street. A dedication ceremony was held on November 5, 2012 for the work that was paid for with a mixture of federal, state and local funds.1

Phase three work on U.S. 10 west of the river was divided into two projects. Phase 1 redesigned Main Avenue from Drain 21 to Interstate 94. It was completed in 2015. Phase 2 will complete construction along Main Avenue between Drain 21 and a new bridge across the Sheyenne River by October 2016. Total costs for the phase is $26.7 million.1 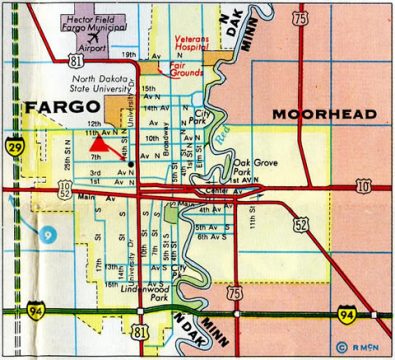 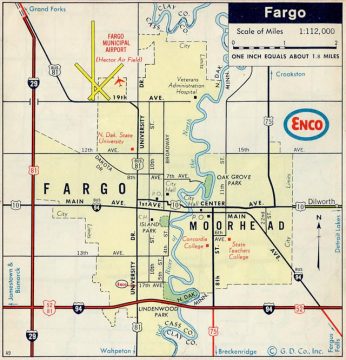 U.S. 52 was relocated to overlap with Interstate 94 by 1970 as Business Loop I-94 appears. U.S. 10 remained along a combination of 1st Avenue North and Center Avenue, but was no longer split between a couplet. 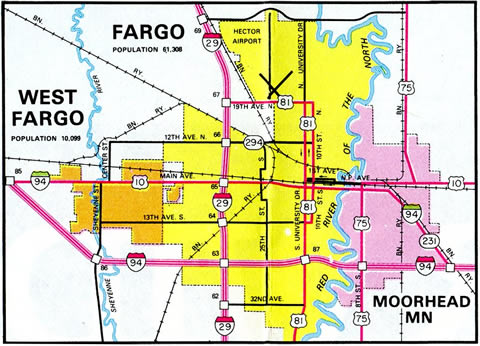