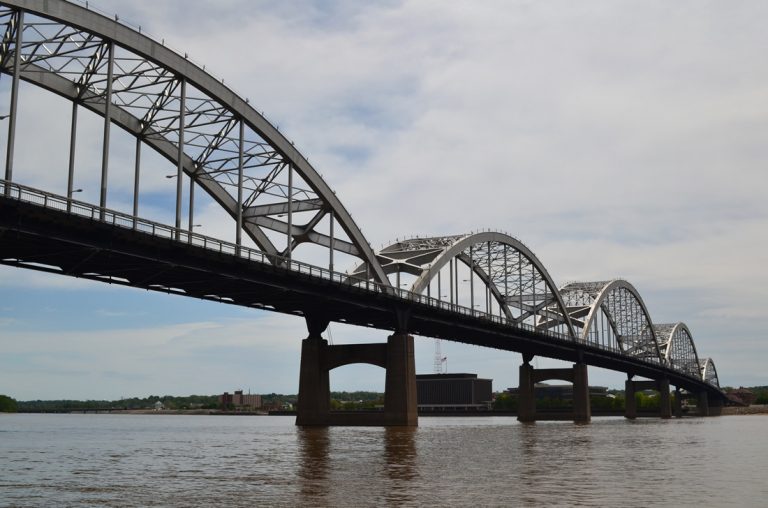 Looking south at the Centennial Bridge and downtown Rock Island from the Davenport Riverfront. Photo taken May 4, 2012.

U.S. 67 travels 210 miles in Illinois between the Clark Bridge across the Mississippi River at Alton and the Centennial Bridge leading north over the Mississippi River in the Quad Cities. U.S. 67 varies between expressway segments and rural two lane stretches, with upgrades planned as part of the US 67 Corridor by the Illinois Department of Transportation. The corridor study kicked off in 1989 in an effort to boost economic development for cities along the US route. Upgrades to the route have followed, including a freeway west of Jacksonville, an expressway leading north from Maccomb to IL 9 near Good Hope, the Roseville bypass, and the expressway north from there to the U.S. 34 bypass around Monmouth. Work completed on December 10, 2014 upgraded a 6.4-mile stretch of U.S. 67 west from near Chapin to southern Morgan County.1