Washington State Route 99 follows a portion of old U.S. 99 through the Seattle-Tacoma area, beginning at I-5 in Fife and leading north 49 miles to I-5 at Everett. There is a gap in the SR 99 alignment from SR 518 by Seattle-Tacoma International Airport (SEA) in SeaTac and the SR 599 (Marginal Way) freeway in Tukwila.

Marginal Way carries SR 99 northward through the industrial south side of Seattle along a road that varies with freeway and at-grade sections. This route extended SR 99 northward onto the former Alaskan Way Viaduct, which was an elevated roadway with double deck sections between the Puget Sound waterfront and Downtown Seattle to a tunnel at 1st Avenue. 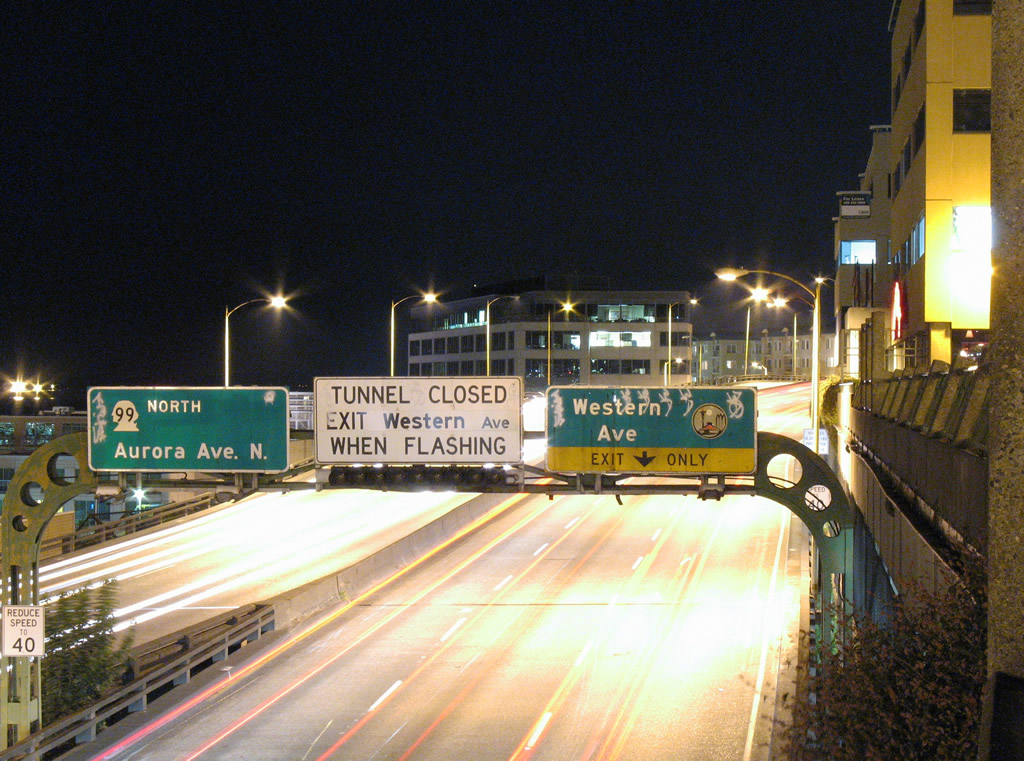 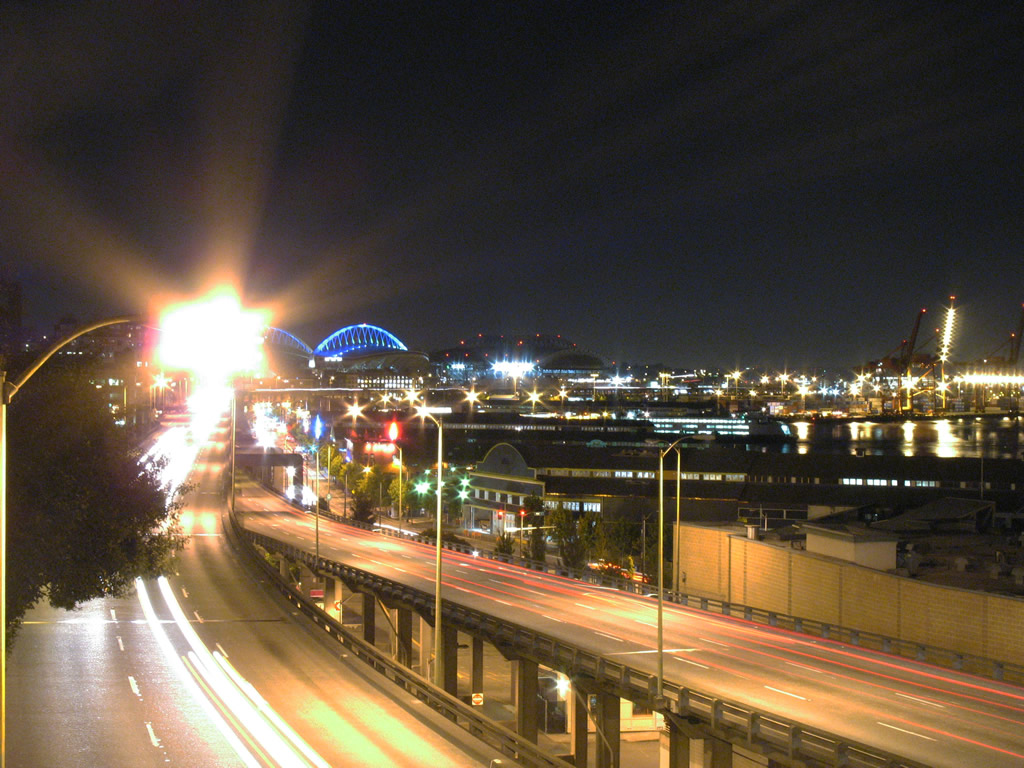 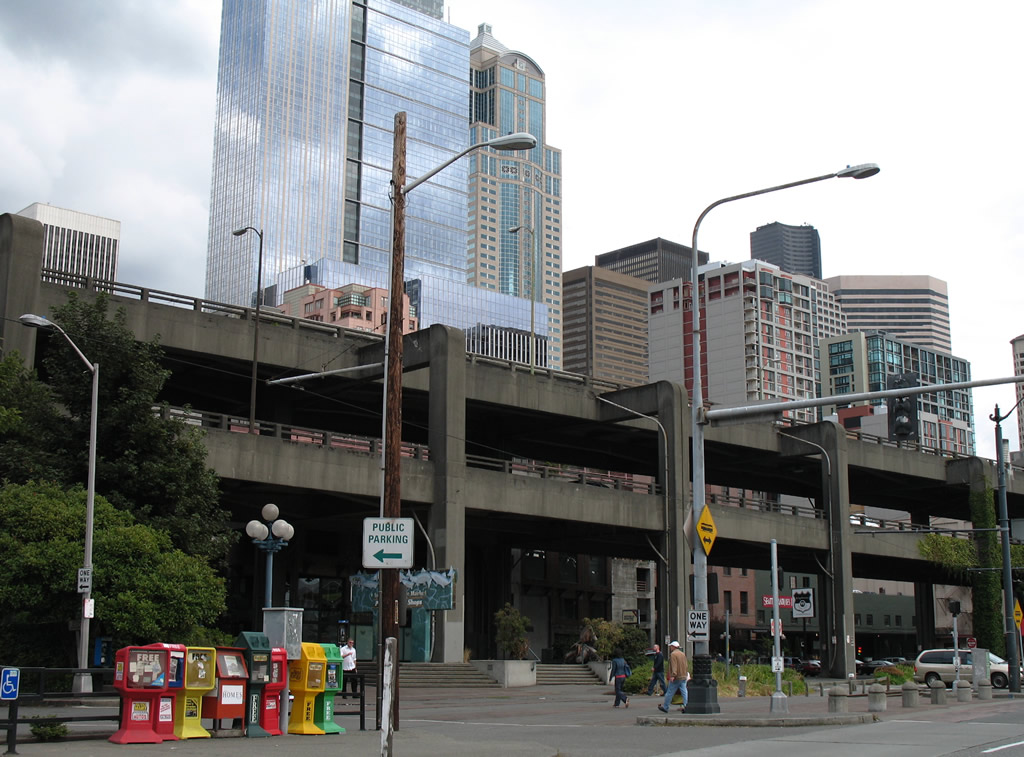 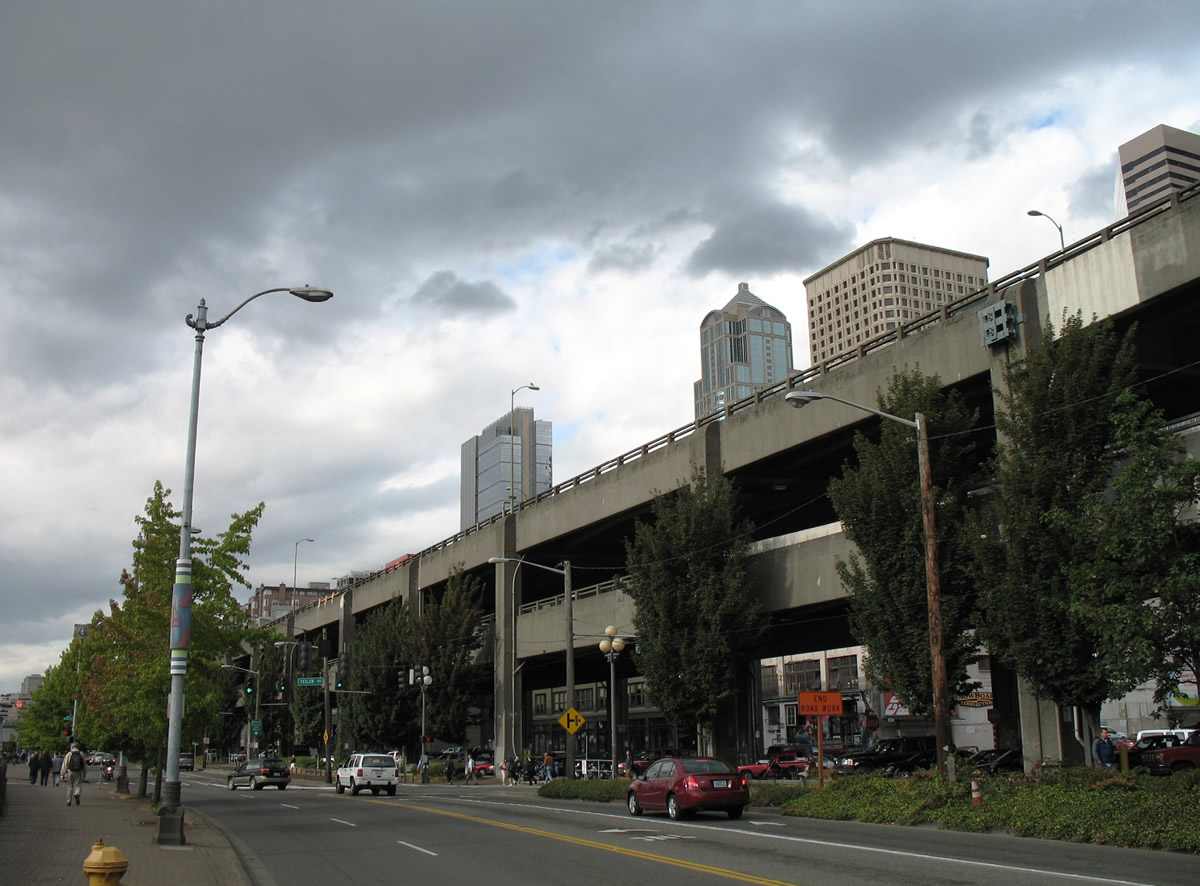 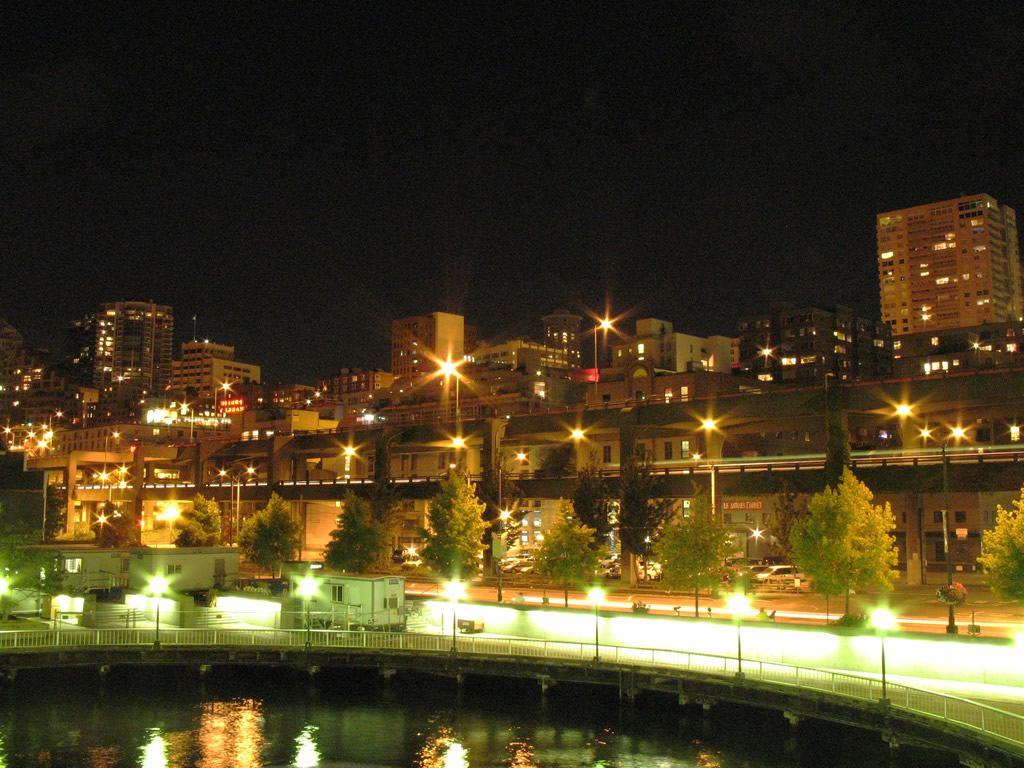 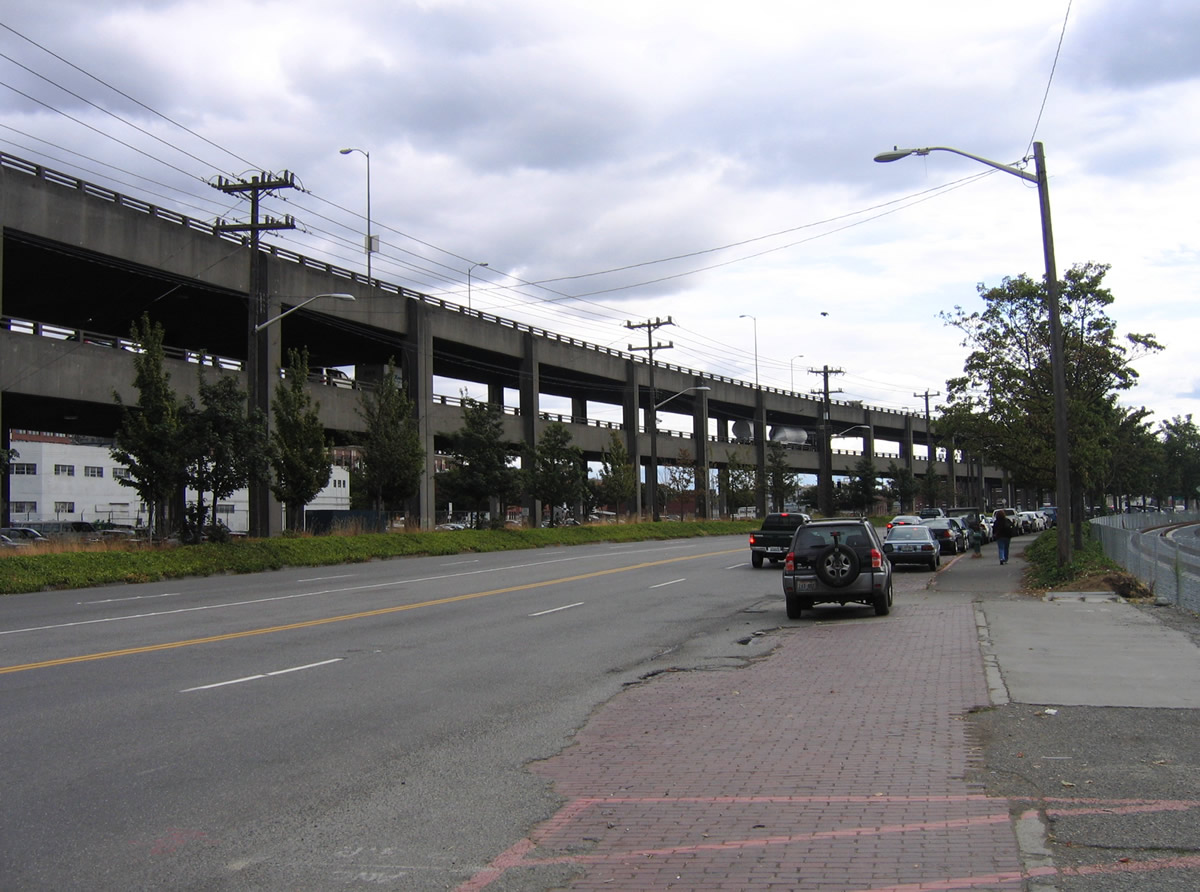 Addressing structural concerns with the aging Alaskan Way Viaduct, a $4.25-billion project broke ground on October 21, 20111 to replace the elevated roadway with a tunnel. Completed on April 4, 19531, the Alaskan Way Viaduct was in need of replacement, and several options were debated in the years following the 6.8 magnitude earthquake that struck Seattle in February 2001. Selected was the option to build a two mile long tunnel below Downtown Seattle linked by a new one mile highway extending south from the tunnel by the stadiums for the Seattle Mariners and Seahawks.

Boring for the new tunnel was scheduled to run from Summer 2013 to late 2014. Completion of the tunnel was expected in late 2015. The old elevated roadway was partially demolished as of Summer 2013 within the vicinity of the stadiums and south of King Street. Demolition of the remaining viaduct was anticipated to take place in 2016 along with construction of a new surface boulevard connecting SR 99 with Downtown Seattle along the waterfront.2

Numerous delays pushed back work on the Alaskan Way project. The SR 99 tunnel through Downtown Seattle finally opened to traffic on February 4, 2019.3

The new alignment for SR 99 bypassed the previous tunnel taking SR 99 below Belltown. Constructed in 1952, the former tunnel portion of SR 99 led the state route northward to Aurora Avenue. Aurora Avenue comprises a multi-lane boulevard northward to Westlake, Woodland Park, Northwest Seattle and an exit of the city into Shoreline.