At 276.62 miles in length, Washington's portion of Interstate 5 is the shortest. Interstate 5 in the Evergreen State stretches from Vancouver, part of the Portland metropolitan area, in the south to the U.S.-Canadian border at Blaine in the north. In between, Interstate 5 travels through the roughly 80 mile long urban corridor from Olympia to Everett which is home to nearly two-thirds of the state's population. It is fair to say that the majority of Washington residents live close to this important freeway. Interstate 5 replaced the routing of U.S. 99 in most of the state. Unlike California and Oregon, which each kept large portions of the original U.S. 99 as state routes, only a very small section of the old US highway was designated as a state route in Washington. 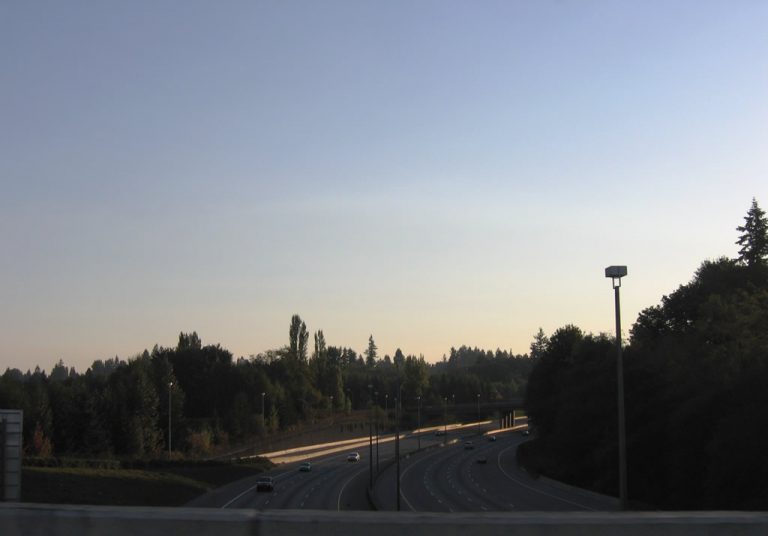 Interstate 5 curves east from Exit 105 and the State Capitol area and passes under Eastside Street SE in this scene from the 14th Avenue SE overpass. Photo taken 09/02/06. 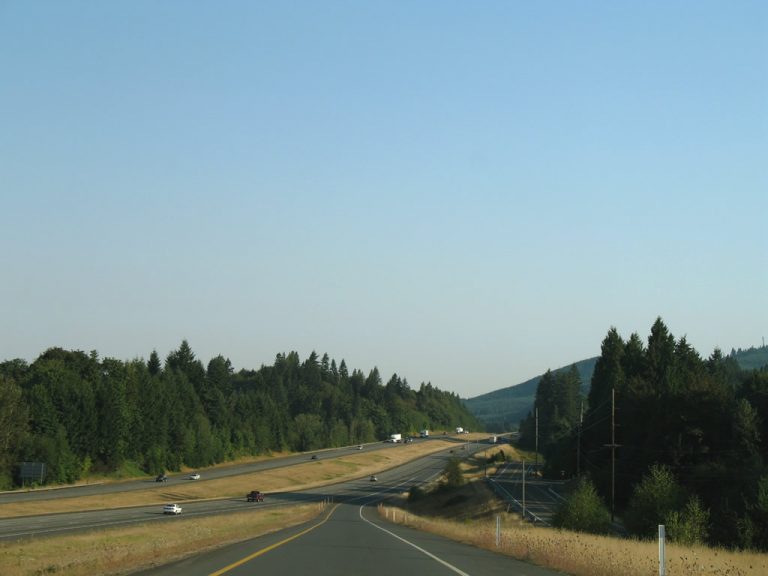