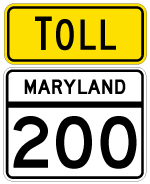 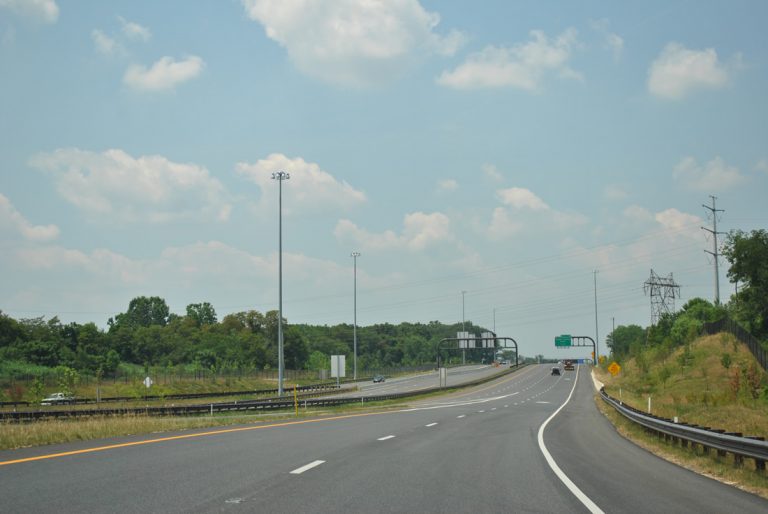 Joining the Intercounty Connector westbound from Interstate 95, lane striping and paving are complete but unopened, for the eventual eastern extension of MD 200 to U.S. 1 (Baltimore Avenue). Photo taken June 20, 2012.

The Intercounty Connector is the first all-electronic toll (AET) road operating within the state of Maryland. Fees are collected at a series of four gantries with transponder readers along both directions of MD 200. Travelers without an E-ZPass transponder are billed via video tolling, with an invoice mailed to the owner of the vehicle based upon its license plate. Rates vary depending upon time of day: peak, off-peak and overnight. Dynamic message signs posted along I-95 and I-370 indicate the toll rate for the entire length of MD 200.