Interstate 490 joins the Rochester metropolitan area with the New York Thruway (I-90) west to Buffalo and east to Syracuse. Beginning at Victor, I-490 travels northwest through suburban areas of Fairport, East Rochester and Pittsford to Interstate 590 (Rochester Outer Loop Freeway). The Outer Loop arcs southwest along I-590 through the town of Brighton to I-390, and northwest as I-390 to Greater Rochester International Airport (ROC) and the town of Gates. I-490 travels to the north, leading directly into the central business district along the East Expressway. Once at Downtown, Interstate 490 comprises the southern leg of the Inner Loop freeway.

Leaving the Inner Loop, Interstate 490 follows the West Expressway to the exchange with I-390 (Outer Loop freeway) south to ROC Airport and NY 390 north to Greece. Continuing west through Gates, I-490 splits with NY 531, a freeway spur leading toward Spencerport and Brockport. I-490 turns south from NY 531 to Chili and west again ahead of Churchville. The western end at the New York Thruway falls within a rural area south of Bergen and north of Le Roy.

As part of the Western Gateway Project reconstructing Interstate 490 from I-390 east to Downtown Rochester, the aging Troup Howell Bridge was replaced with a signature span featuring three 70 foot high arches. Work on the crossing, which spans the Genesee River at a height of 85 feet, commenced in April 2004 and was completed on June 18, 2007. The bridge was subsequently renamed the Frederick Douglass-Susan B. Anthony Memorial Bridge in July 2017. 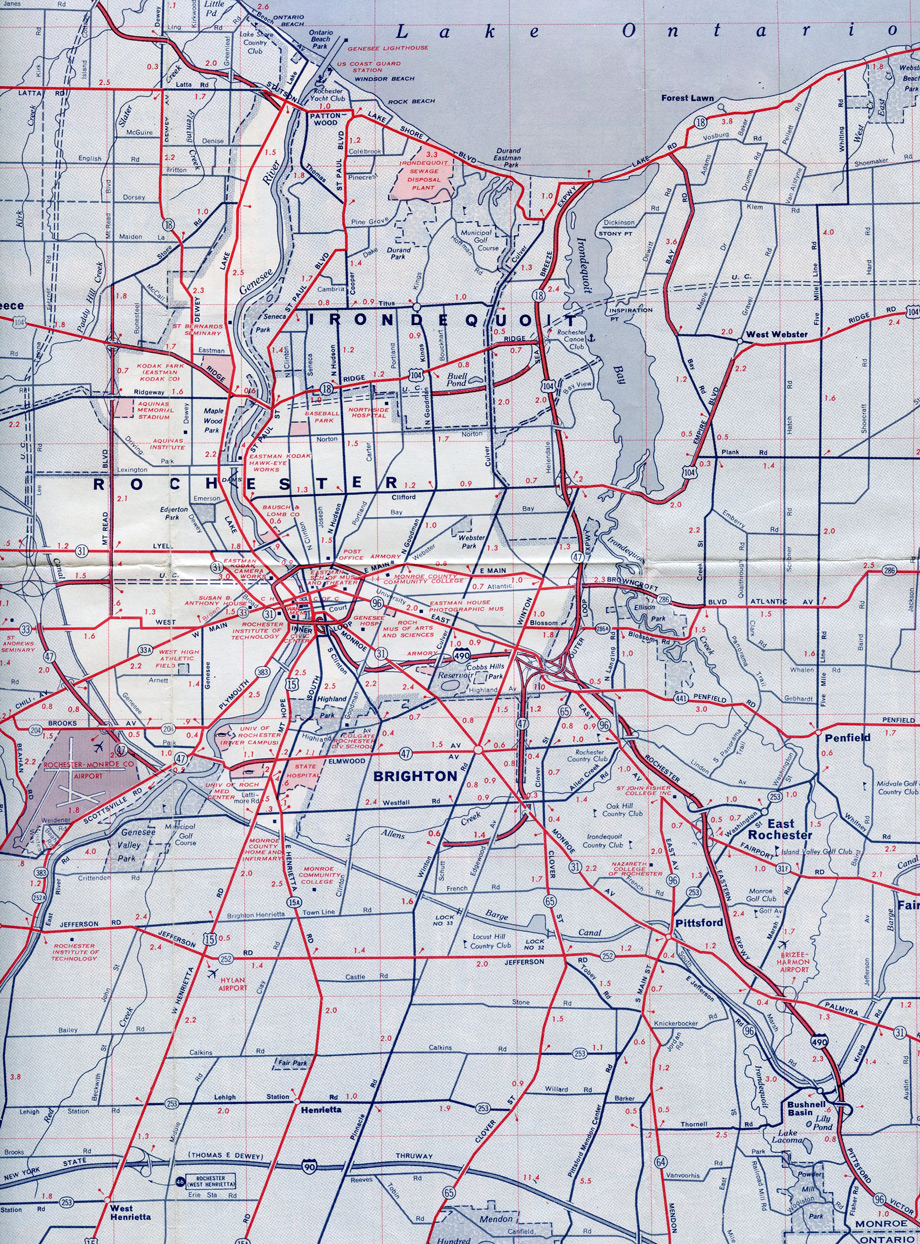 The last section of Interstate 490 to be built in Rochester was the West Expressway between Mt. Read Boulevard and the Inner Loop.