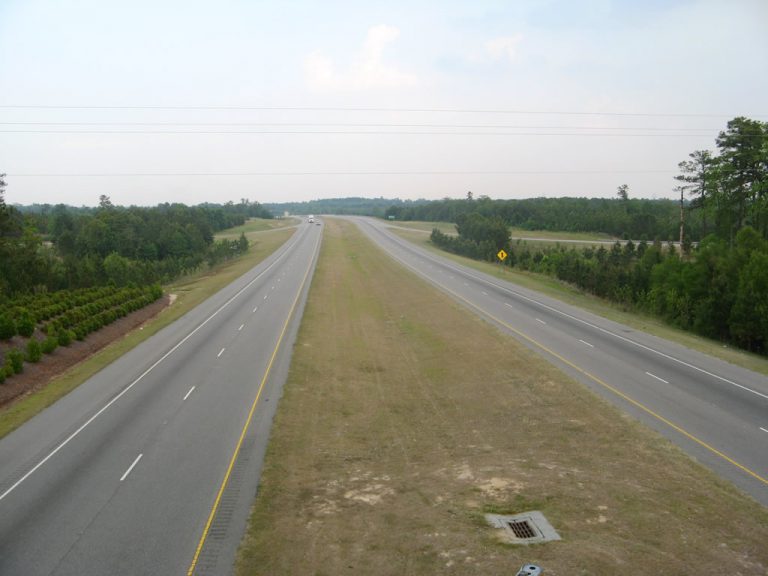 Interstate 74 was designated in North Carolina during the mid-1990s. Initially the route comprised just the U.S. 220 freeway between Asheboro and Candor in the central part of the state. Additional sections of preexisting freeway were added and signed as Future Interstate 74. This included U.S. 220 north from Asheboro to Randleman and a portion of the Hamlet bypass of U.S. 74. The Mt. Airy bypass fully opened in July 1999 and was signed as the I-74 mainline in 2001. U.S. 52 between the bypass end and Winston-Salem will double as Interstate 74 once upgrades to Interstate standards are completed. Until that time the route is only signed as a future I-74 Corridor.

New stretches of freeway for Interstate 74 opened at Rockingham (signed as Future I-74) in 2000, between the U.S. 74 Laurinburg bypass and N.C. 41 outside Lumberton in 2008, and between Candor and Ellerbe in January 2008. U.S. 311 between I-40 at Winston-Salem and U.S. 29-70 at High Point was upgraded to a freeway in portions between 1984 and 2004. This stretch of freeway was initially thought to become part of the I-73 corridor before that shifted east to Greensboro. New construction extended the High Point bypass southeast from Business Loop I-85 to Glenola as both relocated U.S. 311 and new Interstate 74 in November 2010. The preexisting portion northwest to I-40 at Winston-Salem was officially made part of Interstate 74 in March 2013 with the provision that substandard shoulders be expanded to the Interstate minimum of ten feet over a period of time.1 Work continued on new freeway between Glenola and Randleman from September 2008 to June 7, 2013 at a cost $99.7 million.2

A $9.4 million project replaced the at-grade intersection joining U.S. 74/76 with Hallsboro Road with a diamond interchange. Numbered Exit 248, the exchange opened to traffic two months ahead of schedule on June 12, 2020. NCDOT awarded the contract for construction in early 2018, and the scheduled completion was extended to August 2020 due to heavy rains from Hurricane Florence.3