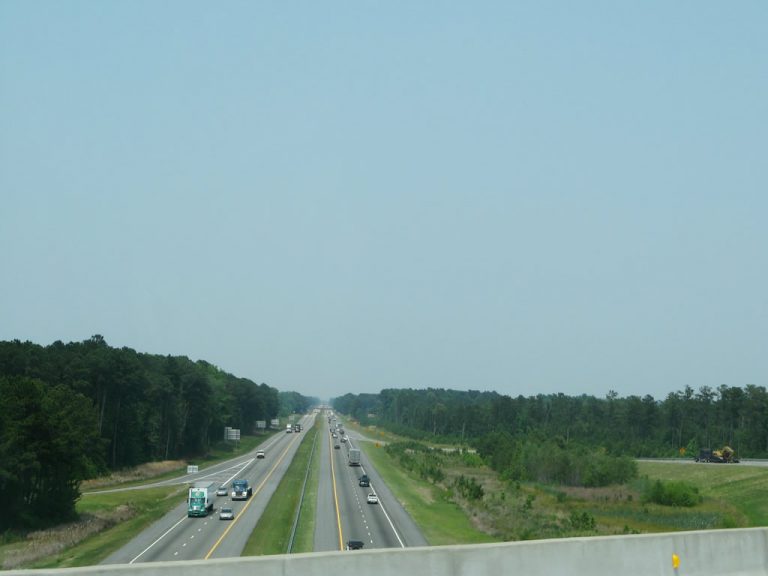 Looking northward from the highest flyover within the Interstate 95 and Future Interstate 295 directional-cloverleaf interchange near Wade. 05/30/07

Interstate 95 through eastern North Carolina is a rural freeway traveling through the eastern third of the state. Primarily avoiding major population centers, with the exception of Lumberton, I-95 generally serves through traffic between Florida and the Northeastern U.S. With a metropolitan area population of nearly 400,000, Fayetteville is the largest city along the corridor. Other regional service centers along I-95 include Wilson, Rocky Mount and Roanoke Rapids. Excepting stretches with auxiliary lanes, all 181 miles within North Carolina remain at just four lanes.

Because the majority of traffic using I-95 in North Carolina just passes through the state, North Carolina officials discussed the possibility of tolling the route to pay for improvements such as widening and modernization. An early 2000s proposal outlined adding six toll plazas statewide along the freeway, each levying tolls of $3.00 on passenger vehicles. It did not pass legislation. Additional proposals for tolling I-95 arose as well in 2006. 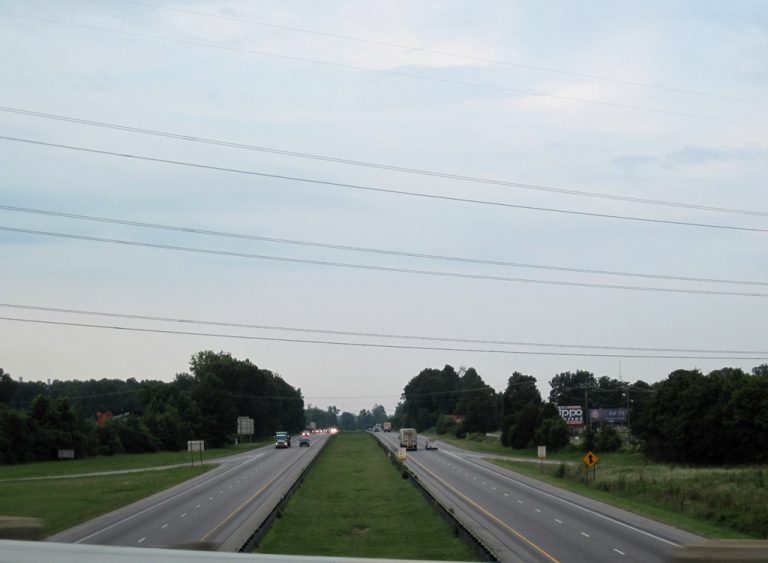 Four lanes of Interstate 95 travel south of the North Carolina 46 overpass near the Roanoke River in southern Northampton County. 06/25/10

Subsequent proposals in 2011-12 involved tolling Interstate 95 in North Carolina with rates as high as $20 for using the entire freeway. Increased opposition, including the No Tolls on I-95 coalition formed, with billboards and banners posted along the I-95 corridor against tolling.

A five year, $708.9 million project started in Fall 2019 rebuilds six interchanges along Interstate 95 near Dunn. The substandard exchanges date from the 1960s, with narrow foot prints and low clearance overpasses. Improvements include:

New overpasses built across Interstate 95 at the respective interchanges will be 16 and half feet tall and accommodate future eight lane expansion of the freeway.1

A ten mile portion of Interstate 95 opened to traffic between North Carolina 50 at Benson and the Cumberland County line south of Dunn on October 21, 1958.2 This portion was part of a U.S. 301 expressway extending north from Eastover to Kenly that would be grandfathered into the Interstate system. Another section of U.S. 301 directly added to I-95 was the Lumberton bypass.