Until 2018, Interstate 95 followed multiple routes through the state of New Jersey. The gap created by the unconstructed Somerset Freeway between Trenton and South Brunswick resulted in a discontinuous I-95, with sections along the Trenton belt line and New Jersey Turnpike, and trailblazers posted along I-295 and I-195 to make the connection between the two highways.

Planning for the Interstate 95 through central New Jersey involved several routes between Trenton and South Brunswick. One of the corridors closely paralleled and used portions of U.S. 1 between Trenton and New Brunswick. Later corridors focused on the stretch between U.S. 206 and U.S. 1, from the Trenton belt line northward to Interstate 287. Other proposals included a two-prong freeway connection with Interstate 287, with Interstate 695 forking north to connect with I-287 at Piscataway and I-95 curving east to merge with I-287 at Edison. All of these plans however were canceled, with the Somerset Freeway cancelled formally in 1982. 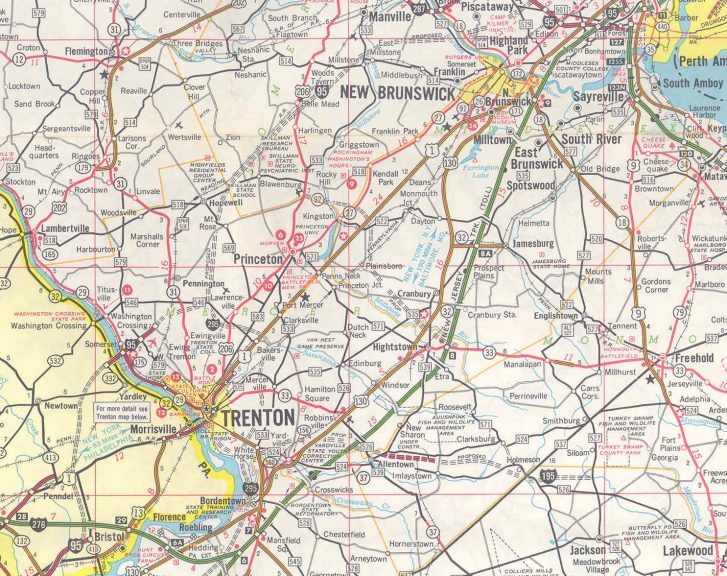 The relocation of Interstate 95 onto the Pearl Harbor Memorial Turnpike Extension was contingent on completion of a direct connection between I-95 and the Pennsylvania Turnpike (I-276) in Bucks County, Pennsylvania. Following years of delays, work finally commenced on the project in 2009. Two flyover ramps at the I-95/PA Turnpike Interchange opened on September 23, 2018. With their completion, the gap in Interstate 95 was filled.

Sign changes underway in January 2018 preceded the opening of the I-95/PA Turnpike Interchange. Renumbering included extending Interstate 295 west over what was Interstate 95 along the western half of the Trenton belt line between the Scudder Falls Bridge and U.S. 1 at Lawrenceville. I-95 north of Interstate 276 through Bucks County, Pennsylvania was renumbered as east/west Interstate 295. 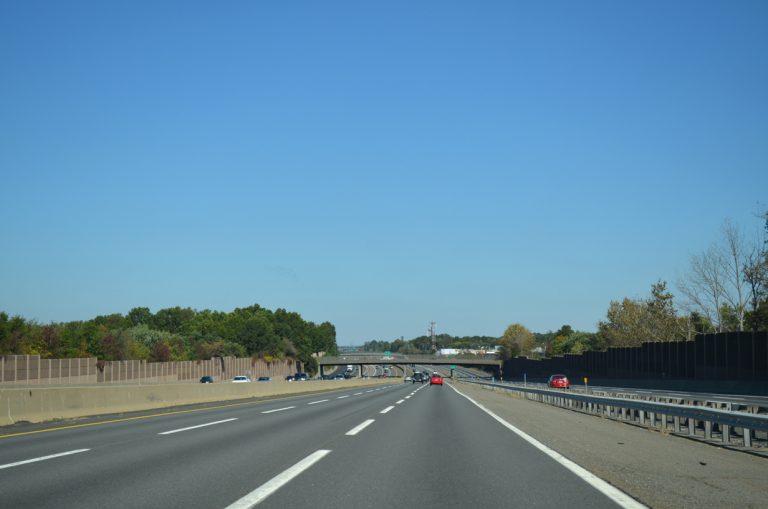 Interstate 95 along the New Jersey Turnpike, from the Pearl Harbor Memorial Turnpike Extension near Bordentown northward to the Easterly and Westerly Alignments at Kearny, utilizes a dual roadway configuration. The Inner Roadway consists of travel lanes for passenger vehicles only while the Outer Roadway is open to all vehicles including trucks and buses. 10/05/14