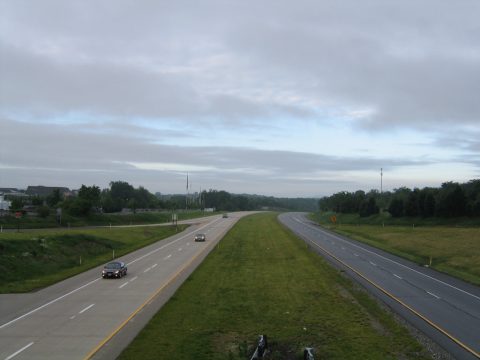 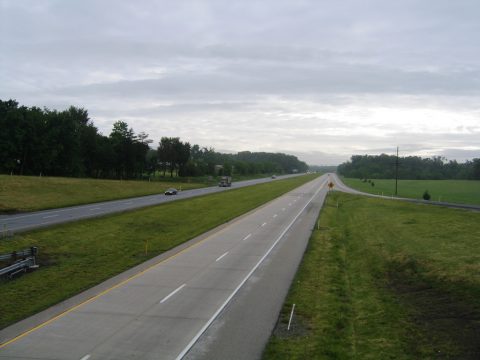 U.S. 15 goes for 195 miles across the state of Pennsylvania. Extending north from Emmitsburg, Maryland to Gettysburg, U.S. 15 follows a varying freeway or expressway to U.S. 11 and PA 581 (Harrisburg Expressway) at Camp Hill. U.S. 11 combines with U.S. 15 north from Camp Hill to Enola, Marysville, Selinsgrove and Shamokin Dam.

U.S. 11 branches northeast along the Susquehanna River to Danville and Bloomsburg. U.S. 15 parallels the Susquehanna River West branch northward to Lewisburg and Allenwood en route to Williamsport. Beyond an overlap with I-180/U.S. 220 (Susquehanna Beltway) west from Downtown Williamsport, U.S. 15 resumes a northward heading along the Future Interstate 99 corridor to Mansfield and the New York state line at Lawrenceville.

The Pennsylvania Welcome Center along U.S. 15 south in Tioga township includes a scenic overlook above Tioga Reservoir, Tioga Dam and the borough of Tioga. The creation of Tioga Reservoir submerged a portion of old U.S. 15 west of Big Hill. 01/18/17

Originally U.S. 15 extended only as far north as Harrisburg in Pennsylvania. It was eventually lengthened northward to the Southern Tier of New York at Lawrence, following the east side of the Susquehanna River from Harrisburg north to Williamsport. The Pennsylvania Department of Highways requested the American Association of State Highway Officials (AASHO) to relocate U.S. 15 to the west along this stretch on April 16, 1941. Reasons justifying the realignment:

The former route of U.S. 15 combined with U.S. 11/22/322 along Front Street from the Market and Walnut Street Bridges spanning the Susquehanna River to Downtown Harrisburg. The four routes overlapped north to Clarks Ferry, where U.S. 11/22/322 crossed the Susquehanna River on a toll bridge. U.S. 15 continued north to U.S. 209 at Millersburg, U.S. 122 at Sunbury and U.S. 11 at Northumberland. The route stayed east of the Susquehanna River West Branch to Milton and Muncy and north of the route into Montoursville and Williamsport. AASHO approved the relocation of U.S. 15 west from Lemoyne to Duncannon, Sellinsgrove, Lewisburg and Williamsport on May 12, 1941.

Subsequent realignments for U.S. 15 were made over the ensuing decades. U.S. 15 shifted onto a new expressway bypass of Shiremanstown and an arterial bypass of Camp Hill in Cumberland County in 1956. AASHO approved the 6.11 mile relocation on June 27, 1956. Upgrades to the U.S. 15 corridor south from Dillsburg to Latimore township in Adams County took place in 1962 with construction of a new four lane highway. A freeway bypass was constructed to the east of Gettysburg southward from York Springs to the Maryland state line in Freedom township. AASHO concurred with Pennsylvania Department of Highways applications to reroute U.S. 15 along both sections on December 1, 1962. Old U.S. 15 through the Gettysburg area was established as U.S. 15 Business by AASHO on June 3, 1964.

U.S. 15 through north central Pennsylvania was upgraded over the course of several decades starting in 1974 with a section of expressway built within the city of Williamsport. A new two lane limited access highway for U.S. 15 was constructed in 1976 within a four lane right of way between Steam Valley in Cogan township and Sebring in Liberty township. The American Association of State Highway and Transportation Officials (AASHTO) approved the relocation in Lycoming and Tioga Counties on July 13, 1976.