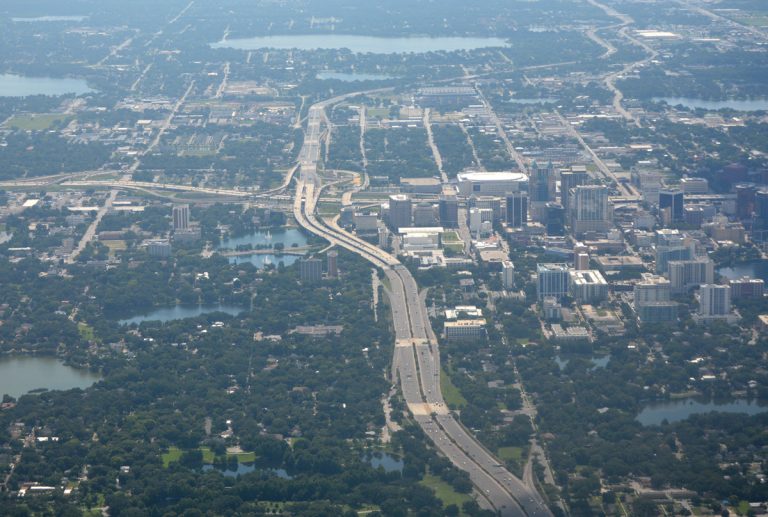 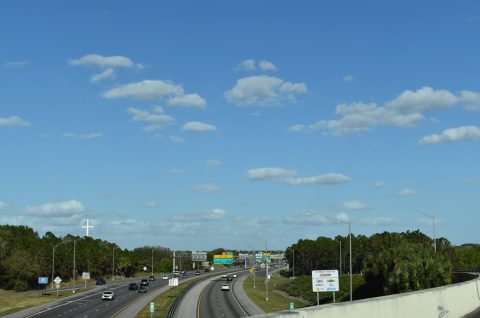 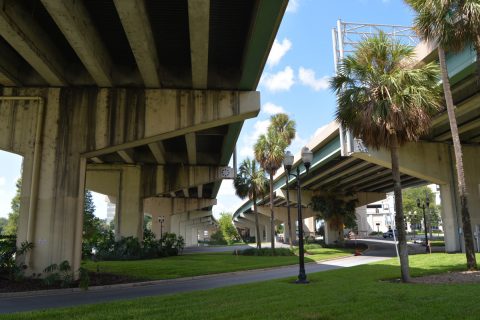 Constructed from 1967 to 1971, the Holland East-West Expressway opened first as a bypass for SR 50 (Colonial Drive) through central Orlando. It originally ran from a point west of SR 435 (Kirkman Road) to SR 50 west of Union Park (where SR 417 now meets Colonial Drive).

Construction for the Eastern Extension of the East-West Expressway commenced in 1987. The six mile segment, from SR 551 (Goldenrod Road) to SR 50 (East Colonial Drive) east of Alafaya, opened first from Goldenrod Road to Rouse Road on May 12, 1989. The $106 million project was finished in June 1989.1

The Western Extension opened on October 8, 1990. This included a spur northwest to SR 50 (West Colonial Drive) by West Oaks Mall, and a partial connection with Florida's Turnpike at Gotha.2 Construction of a full interchange between the East-West Expressway and Florida's Turnpike was completed in August 2006.

Much of the East-West Expressway has an urban feel, as the freeway passes through dense built-up areas within Orlando city limits. Increases in traffic due in part to the aggressive growth of greater Orlando area necessitated expansion and modernization of the 1970s roadway. The addition of high speed toll lanes, capacity increases, and new highway lighting were parts of an overall widening program undertaken along SR 408 between 2003 and 2013.

Prior to January 2013, State Road 4080 was the short connector joining SR 408 (East-West Expressway) east with SR 417 (Central Florida GreeneWay) north and SR 417 south to SR 408 west near Union Park. A diamond interchange (Exit 1) joined the connector with Valencia College Lane, a local east-west arterial between SR 551 (Goldenrod Road) and Econlockhatchee Trail. SR 4080 also represented the easternmost leg of the original East-West Expressway. As part of the SR 408 / 417 interchange improvements, the wye interchanges with the SR 4080 connector were removed, and the freeway was demolished north of Valencia College Lane. The remainder of the road south was converted into a surface arterial and realigned to end at Chickasaw Trail.