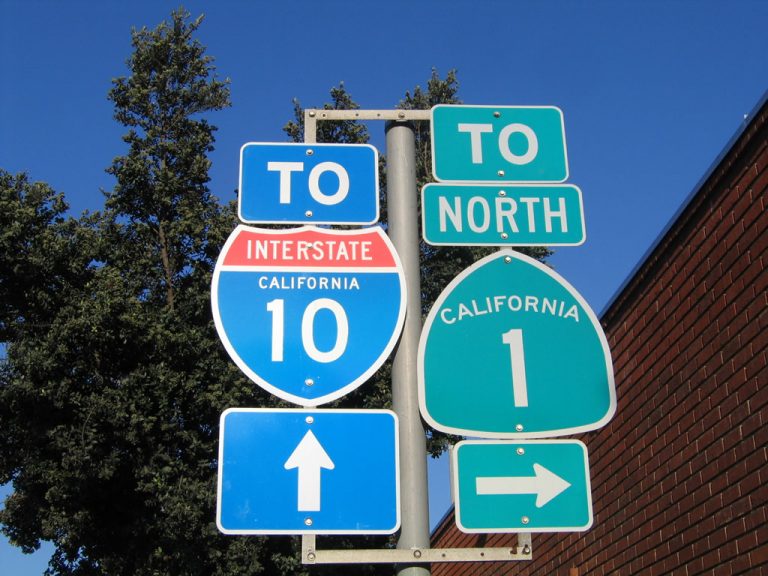 Interstate 10 originates from California 1 (Pacific Coast Highway), just off the shore of the Pacific Ocean at Santa Monica. Within the Golden State, I-10 is a vital east-west freeway across the Los Angeles Basin. It connects the Inland Empire with the area around Palm Springs, then continues due east toward Blythe and Phoenix, Arizona. It replaced U.S. 60-70 through California.

There are four business loops for Interstate 10 previously or currently in existence in the state of California. All four of the I-10 business routes still had remnant signage posted as of 2013: