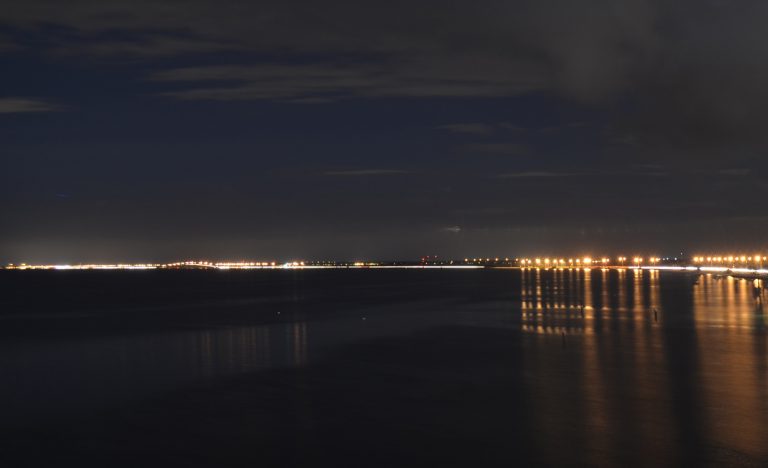 SR 60 is a 160.82 mile long trans-peninsular route that connects Clearwater to the west with Vero Beach in the east. The state road is mostly four lanes, traveling across Old Tampa Bay via Courtney Campbell Causeway between urban Pinellas County and Hillsborough County, and Kennedy Boulevard through the city of Tampa. A short overlap with U.S. 41 Business takes the state road through Downtown Tampa to Adamo Drive, an industrial arterial parallel to the Selmon Expressway (SR 618) east to Brandon.

Through Brandon, SR 60 comprises a busy arterial with up to eight lanes of capacity. As the main route through the unincorporated suburb, the route is extremely busy. East from the county line, SR 60 drops southward to Mulberry and Bartow, where it utilizes a bypass alongside a portion of U.S. 98. Beyond the Polk County seat, SR 60 becomes more rural to Lake Wales.

Once at Lake Wales, SR 60 shifts southward to bypass the city center from a folded diamond interchange with U.S. 27 to the south of Lake Wales itself. The remainder of the highway southeast to Avon Park Bombing Range and Yeehaw Junction (where it meets both U.S. 441 and Florida's Turnpike) is rural.

It is not until Vero Beach and the interchange with I-95 that SR 60 again transitions to a commercial arterial. The state road bee lines east toward Downtown Vero Beach, where it separates into a one-way couplet before taking a dog leg north and east across the Indian River to end at SR A1A, 0.3 miles from the Atlantic Ocean beaches.

The first bridge joining Clearwater Beach and Clearwater was constructed in 1916. The wooden structure utilized a hand-cranked boat opening at midspan. It was replaced in November 1927 with a higher bridge allowing smaller boats to pass unimpeded. A double-lift span situated along the bridge allowed larger vessels passage along the Intracoastal Waterway. Work followed in 1963 with a new bridge and upgrade of the causeway leading to it.1

A new high-level fixed span for Memorial Causeway was planned as the 1963-crossing reached the end of its lifespan. Construction, which was delayed by 18 months due to structural deficiencies in four of the main columns, ran from December 2002 to August 18, 2005. The new 74 foot high bridge cost $69.3 million.1,3

Originally named Davis Causeway, the roadway spanning northern reaches of Old Tampa Bay opened on June 28, 1934. It was named for Ben T. Davis, proponent for the road. The causeway was tolled until 1944, when the federal government paid the bridge owners $1.1 million to remove them them in an effort to speed up wartime traffic. Courtney Campbell, a state road board member from Clearwater, lobbied for causeway improvements including a rebuild of its base and landscaping. His efforts led the renaming of the causeway in his name in 1948, despite objections from many including Campbell himself. The state road board named the parks and beaches lining the causeway after Ben Davis, who died in 1947.3