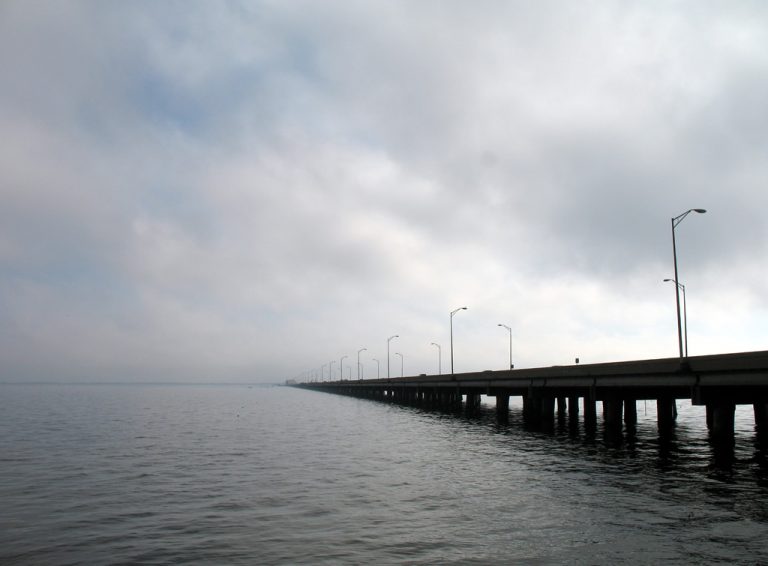 U.S. 98 angles south easterly from Wayside Park in Pensascola across Pensacola Bay. Locals also referred to this span as "The Three Mile Bridge". Opened on October 31, 1960, this span was replaced by a new bridge in 2019. The 64 foot long segments of the former span were transported to the Escambia South-East Artificial Reef Site, located 7.6 miles from Pensacola Pass in the Gulf of Mexico.1 12/07/07

U.S. 98 travels across the width of Florida, from the Alabama state line at Perdido Bay to SR A1A at Palm Beach along the Treasure Coast. Through the Panhandle, U.S. 98 constitutes the main route along the Emerald Coast, joining coastal cities and military installations east from Pensacola to Port St. Joe. U.S. 98 turns south from the Big Bend to the Nature Coast alongside U.S. 19.

Prior to 1952, U.S. 98 was an intrastate highway, traveling only between Pensacola and Apalachicola. The route was extended southward to Palm Beach in 1955 and west to Mobile, Alabama and Natchez, Mississippi.2 U.S. 98 is signed as an east-west route both from the Alabama line to Perry, and southeast from SR 76 at Port Mayaca. U.S. 98 between Okeechobee County and Taylor County is posted with north-south cardinal direction banners.

Within Northwest Florida, U.S. 98 joins Pensacola with Baldwin County, Alabama to the west and Gulf Breeze and Navarre to the east. This stretch includes the Pensacola Bay Bridge, where a $427 million project underway through Fall 2022 constructs two new spans for U.S. 98 between Bayou Texar in Pensacola and Butcherpen Cove at Gulf Breeze. Work on the new eastbound bridge started in 2017. It opened to two-way traffic on September 8, 2019, at which time the 1960 span permanently closed. Demolition work ensued for the old span to make way for construction of the eventual westbound crossing.

The Pensacola Bay Bridge sustained heavy damage due to Hurricane Sally, which made landfall on September 16, 2020 with 105 MPH sustained winds at Gulf Shores, Alabama. 22 of the barges used for the equipment and construction of the new Pensacola Bay Bridges came loose during the storm, some of which collided with the completed span. Significant damage occurred and five of the spans needed replacement, with two others requiring partial replacing.3 The Pensacola Bay Bridge remained closed while repair work continued. Four lanes of traffic was restored on June 17, 2021.

U.S. 98 combines with U.S. 19 and U.S. 27 Alternate south from Perry along a four lane corridor though the Nature Coast. The rural highway connects with Cross City, Old Town and Chiefland, where U.S. 27 Alternate branches east toward Williston. U.S. 19/98 remain paired southward across Levy County to Inglis.

Crossing into Citrus County, U.S. 19/98 travel through developed areas of Crystal River and Homosassa Springs. The two partition at Sugarwood Mills, just north of the Hernando County line. U.S. 98 angles southeast to Brooksville while U.S. 19 stays closer to the coast to Spring Hill.

U.S. 98 combines with U.S. 41 through Downtown Brooksville, and with SR 50 east to Ridge Manor in Hernando County. Part of a stair stepped route across the Florida Peninsula, U.S. 98 turns south and merges with U.S. 301 through Dade City in eastern Pasco County, before heading eastward again into Lakeland.

U.S. 98 joins U.S. 17 south from Bartow and SR 60 to Fort Meade. An independent segment leads the highway east from U.S. 17 to West Frostproof, where U.S. 98 combines with U.S. 27 south to Avon Park and Sebring. U.S. 98 turns east again along the north side of Lake Istokpoga along a rural course to Lorida, Basinger and Okeechobee.

U.S. 98 overlaps with U.S. 441 around the east periphery of Lake Okeechobee between the city of Okeechobee and Belle Glade. U.S. 98 previously separated from U.S. 441 at Canal Point, angling southeast along SR 700. The route was realigned due to poor pavement conditions and the narrow right of way along State Road 700.

Heading east into urban areas of Palm Beach County, U.S. 98 travels to Wellington, Royal Palm Beach and along Southern Boulevard across West Palm Beach. Southern Boulevard is an expressway from the east split with U.S. 441 at SR 7 to Interstate 95 near Palm Beach International Airport (PBI). The eastern extent constitutes an urban boulevard to Lake Worth and a causeway system to SR A1A in Palm Beach. Construction from April 2017 to early 2022 replaces the Intracoastal Waterway draw bridge and widens the causeway across Lake Worth. 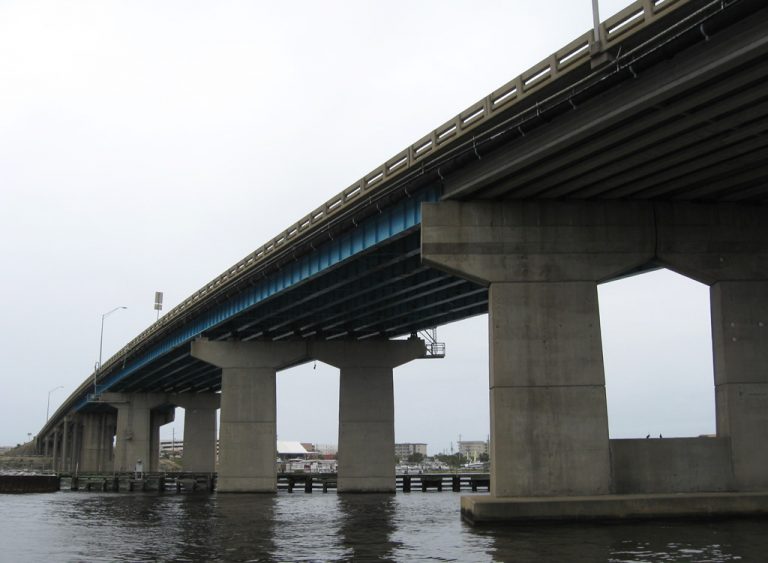 The John T. Brooks Bridge connects Fort Walton Beach with Okaloosa Island over the Intracoastal Waterway linking Santa Rosa Sound with Choctawhatchee Bay. The span opened in 1964 to replace a pivot-based through truss swing bridge. This view looks at the crossing from a public park area underneath the bridge at Downtown Fort Walton Beach. 04/19/09