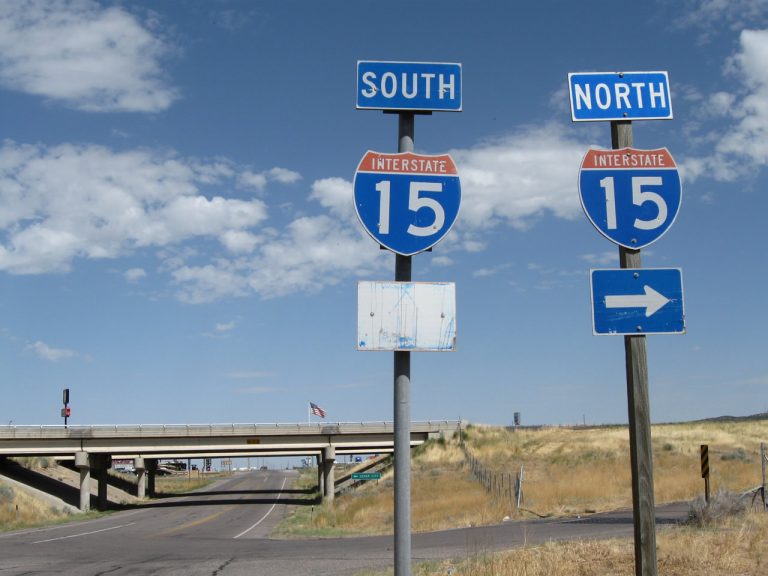 Interstate 15 is the most important north-south corridor in Utah, passing through the heart of the Beehive State. Originating at the north end of the Virgin River Gorge, Interstate 15 immediately enters St. George, then proceeds north to Cedar City, Beaver and Cove Fort, where I-70 east begins. North from there, the rural freeway continues to Nephi, Santaquin and Spanish Fork. I-15 serves the greater Salt Lake City metropolitan area by connecting the capital city with Provo to the south and Ogden to the north. This includes widened stretches and express toll lanes through Orem, Sandy City and other suburbs. The freeway stays along the western reaches of the Wasatch Mountain Range from southwest Utah to Great Salt Lake. Beyond Ogden, I-84 combines with I-15 to Brigham City and Tremonton.

Between St. George and Spanish Fork, Interstate 15 largely replaced U.S. 91. Segments of the historic highway are still in use as business routes and state routes. Between Spanish Fork and Brigham City, I-15 parallels U.S. 89 and old U.S. 91, with several independent segments of U.S. 89 still routed separately. North of Brigham City, I-15 replaced historic U.S. 191. Once Interstate 15 replaced U.S. 191, that designation was available to be relocated elsewhere (and in 1981, it was reassigned into western Wyoming and eastern Utah).

Just three sections of Interstate 15 were open to traffic by 1969. They included 8.8 miles from North Cedar City to Summit, 6.2 miles from south Beaver to north Beaver, and 9.8 miles from 31st Street in Ogden to Hot Springs. Another 31.1 miles of the freeway were under construction in 1969. This included portions north of Cedar City and between Ogden and Brigham City.1 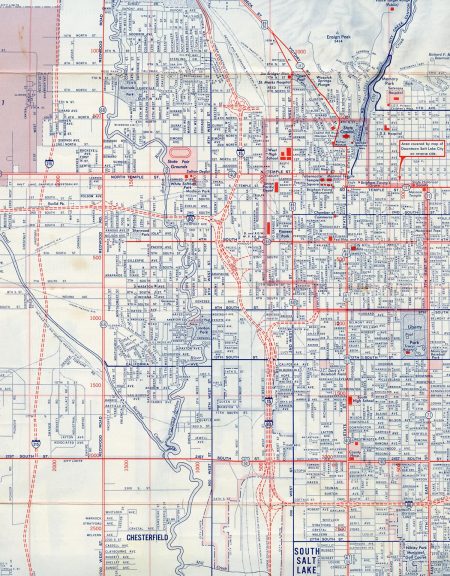 The original layout of I-15 and I-80 through central Salt Lake City in 1963. 17 miles of Interstate 15 through the Salt Lake City area were rebuilt during a $1.59 billion reconstruction project between April 1997 and May 2001 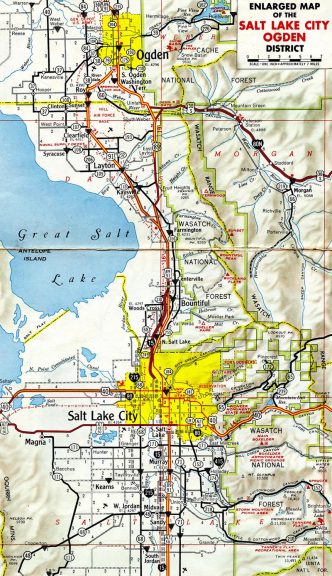 268.88 miles of I-15 in the Beehive State were open to traffic by 1974. Construction schedules then extended to 1983, with the 6.9 mile segment between the Sevier River and Mills Junction the last projected.2

Concerns from local leaders and citizens however led to a number of hearings on the final proposals for Interstate 15, delaying completion of the route until November 20, 1990. Hearings focused on potential impacts to prime agricultural land, related effects on local tax bases and the exact route I-15 would follow. Costing $37 million, the final 26 mile section of the Utah Interstate system to be built, opened after a formal ceremony in Riverside.3 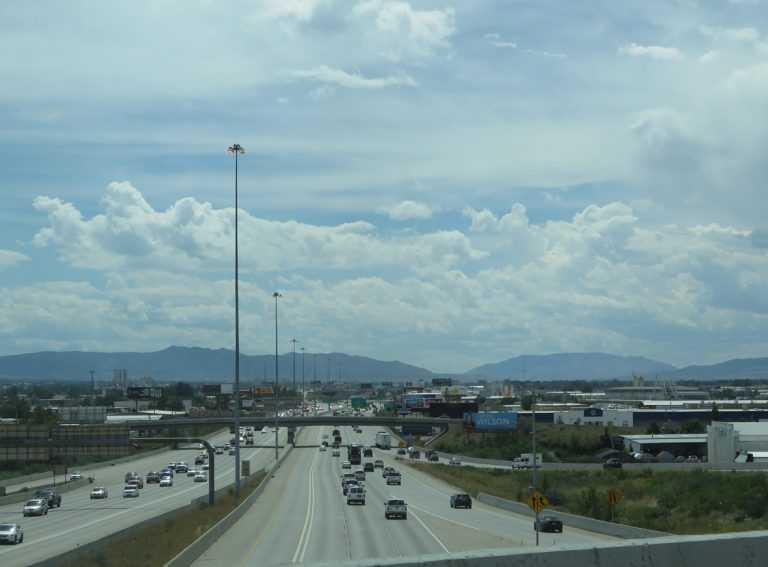 Peering south at Interstate 15 and the distant Traverse Mountains from the flyover linking I-80 west with the freeway south in South Salt Lake. Photo taken 08/25/14.