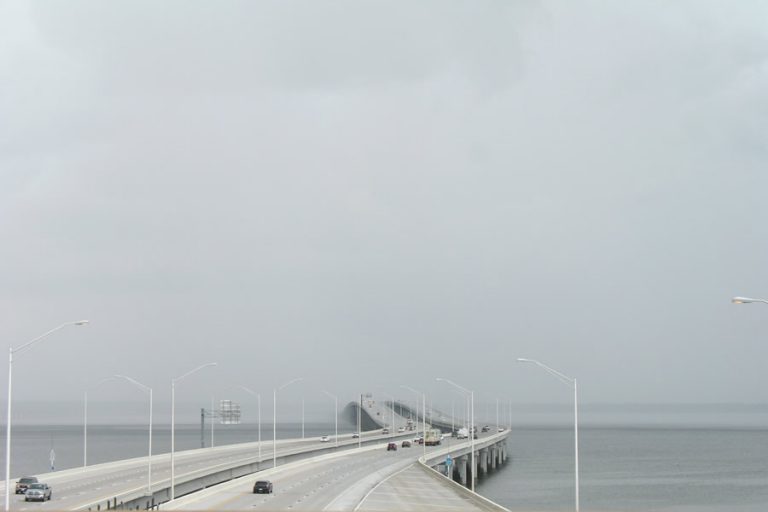 Looking eastward from the U.S. 90 (Scenic Highway) overpass at the Escambia Bay Bridges during an approaching thunderstorm. 08/01/08

Interstate 10 enters Florida via the Perdido River near Pensacola and ends at Interstate 95 in downtown Jacksonville. The majority of the freeway is rural with just four lanes. Through Pensacola, the freeway expands to six overall lanes, with auxiliary lanes added between U.S. 29 and SR 297. I-10 also expands to six overall lanes through Tallahassee, and from the First Coast Expressway (SR 23) eastward to Downtown Jacksonville. The entire 362.82 mile route was open to traffic in 1978.

Interstate 10 was proposed from Pensacola, to Tallahassee, and then on to Jacksonville as part of the original Interstate plan authorized by the Federal Highway Act of 1956. Preexisting U.S. 90 to the north, and U.S. 98 along the coast prompted many residents at the time to suggest a central route for the new Interstate. Many believed that a major route close to the coast would provide easy access to beaches and tourist areas and would be better for the local economy than a route further inland. While campaigning for governor in 1964, Haydon Burns promised to do all he could to route Interstate 10 as far to the south as possible. When Burns tried to act on this promise however, he was met with heavy opposition both from the Air Force and from the Federal Highway Administration. The southern route would traverse the main section of Eglin Air Force Base and would require the re-location of important military centers. A southern route for the Interstate would create dangers to motorists from bombing ranges and test facilities. Northern towns on U.S. 90 even suggested that a southern route for the interstate would face attacks from enemy submarines off the coast. Eventually, a northern route for Interstate 10 was chosen close to U.S. 90 - missing the main portion of Eglin A.F.B. Another small route change occurred when the proposed route was changed to bypass Tallahassee to the north, in order to miss the bulk of the Apalachicola National Forest.1 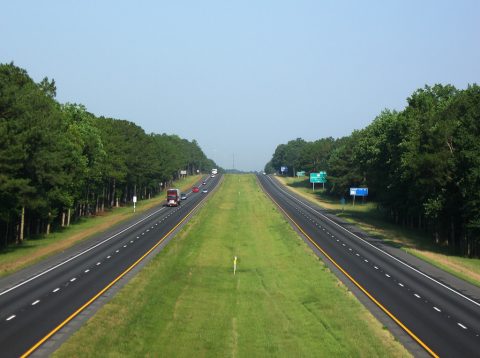 Westerly view of Interstate 10 between the County Road 280A overpass and U.S. 331 (Veterans Memorial Boulevard) in south DeFuniak Springs. 07/03/09 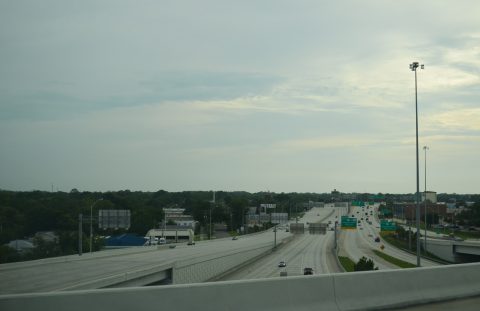 Interstate 10 at the Big I Interchange with I-95 between the Mixon Town and Riverside neighborhoods in Jacksonville, Florida. 06/16/16 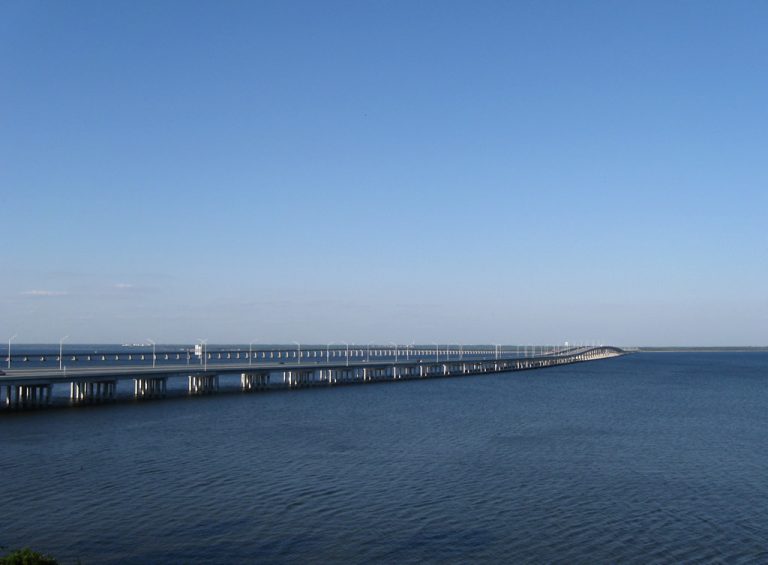 An eastward view of Interstate 10 spreading across Escambia Bay. 09/27/08

SR 8 is the state road counterpart for all 372.26 miles of Interstate 10 throughout Florida.